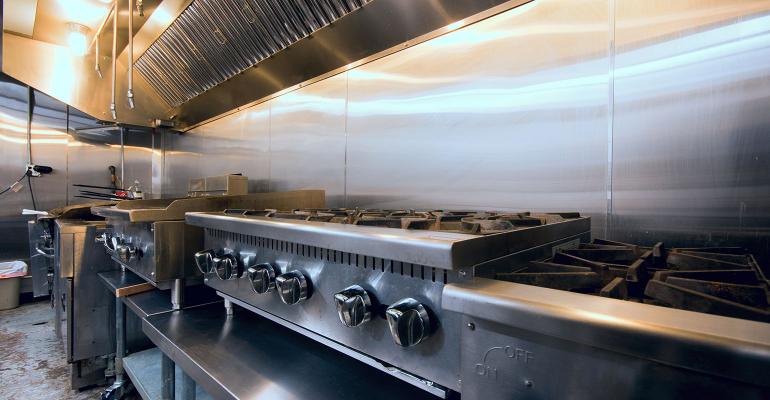 Making green technology worth it

Restaurants look to balance the cost and benefits of sustainable equipment

Building an energy-efficient restaurant is no longer just a trendy move for only the most socially responsible of businesses. But as the expectation to incorporate eco-friendly elements grows, restaurant operators large and small are grappling with how to balance the long-term benefits with the short-term costs.

Sustainable design is increasingly common in all areas of the restaurant. In 2018, for example, 80 percent of surveyed operators were using energy efficient lighting and 60 percent were using programmable heating, cooling and ventilation systems to cut down on energy waste, according to the National Restaurant Association’s 2018 Sustainability Report.

But there is still room for growth, particularly among kitchen equipment. That same NRA report revealed that less than half of survey participants use Energy Star-rated refrigerators and freezers, while only 25 percent have Energy Star dishwashers and 22 percent use Energy Star fryers.

One key barrier to entry: cost. Though energy efficient equipment can lead to long-term savings, the initial investment can be significant.

“It’s not just ‘I buy a new piece of gear and now I don’t have to think about it for several years,’ it’s about training your staff, and maintenance, and [dealing with] the regulatory side,” Jeff Clarke, Conserve program director at the National Restaurant Association, said.

“While I think there are a lot of well-intentioned restaurants wanting to do the right thing, if it’s not a level playing field it will always be a cost advantage,” Clarke said. “It’s ‘Can we afford to do this if our competitors are not?’”

Though experts note that many pieces of equipment can pay for themselves within a few years and yield notable savings, there is often sticker shock initially.

Incentives like state- and federal-level rebates can help offset the higher upfront costs of Energy Star-certified equipment. (NRN was unable to reach Energy Star for more information due to the government shutdown).

And efficient equipment can yield additional savings once in use. According to The California Energy Wise energy savings calculator, created in part by the Food Service Technology Center, that oven that cost $2,700 more than its nonefficient counterpart would save a restaurateur $4,373 over the course of the equipment’s lifetime and would pay for itself in 1.9 years.

For some operators, the investment is worth it.

One of the first changes Swenson made was installing LED lighting. That update costs $30,000, she said, noting that it will pay for itself in about three years because it uses 80 percent less energy than traditional incandescent lighting. She also purchased an $18,000 energy-efficient fryer that she said saves her $3,000 in oil per year.

Another simple adjustment, Swenson said, was installing a jet stream low-flow adapter attached to her sink faucet — at a cost of just $1.50 — that she projected will save hundreds of dollars per years in water usage.

“Making small changes makes a big impact,” Swenson said. “That speaks to my sense of efficiency.”

Those moves echo larger sustainability from parent company McDonald’s Corp., which upgraded its sustainability policies in March 2018 to reflect its goal of reducing greenhouse gas emissions by 36 percent by 2030. 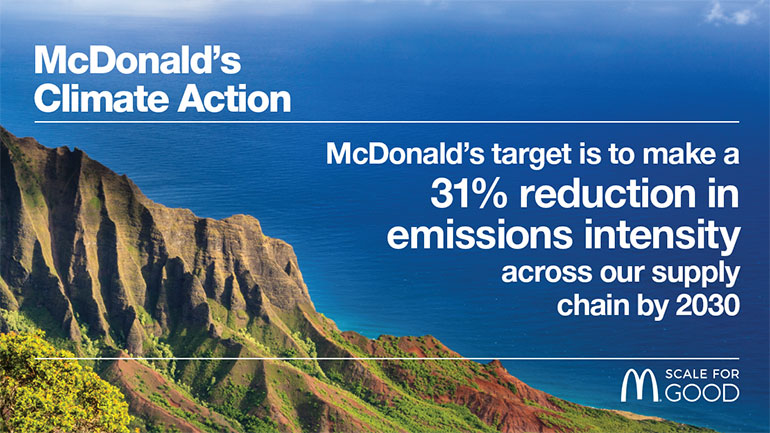 The company said at the time that kitchen improvements like LED lighting and energy efficient kitchen equipment will be part of the initiative, but did not delve into specifics. McDonald’s did not respond in time for comment regarding its sustainability practices.

Over the past few years, many of the largest restaurant brands have established new eco-friendly standards and goals for their restaurants.

Wendy’s in April 2018 released its own upgraded sustainability standards. These standards included upgraded “Smart 2.0” restaurant designs with furniture made from recyclable materials, usage of LED lights, and installation of Energy Star fryers, HVAC systems, and refrigerators. 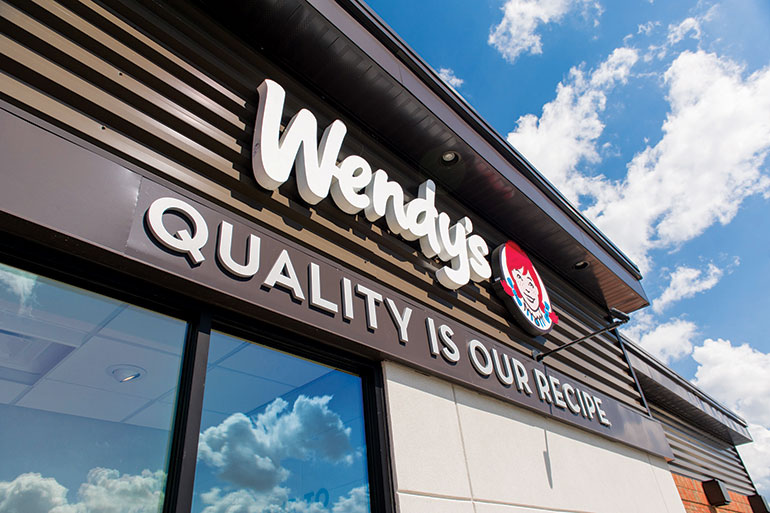 Other restaurants have worked with government programs: Arby’s Restaurant Group Inc. and Carl’s Jr. and Hardee’s parent CKE Restaurants Holdings Inc. both take part in the United States Department of Energy’s Better Buildings Challenge, which aims to reduce the carbon footprint from commercial buildings across the nation through energy and water efficiency and installation of sustainable equipment.

From 2011 through 2018, Arby’s participation in the Better Buildings Challenge led to a 21-percent total energy reduction and a 16 percent water reduction per company-owned restaurant — an energy savings of nearly $50 million, said Stephanie Sentell, Arby’s senior vice president of restaurant excellence. 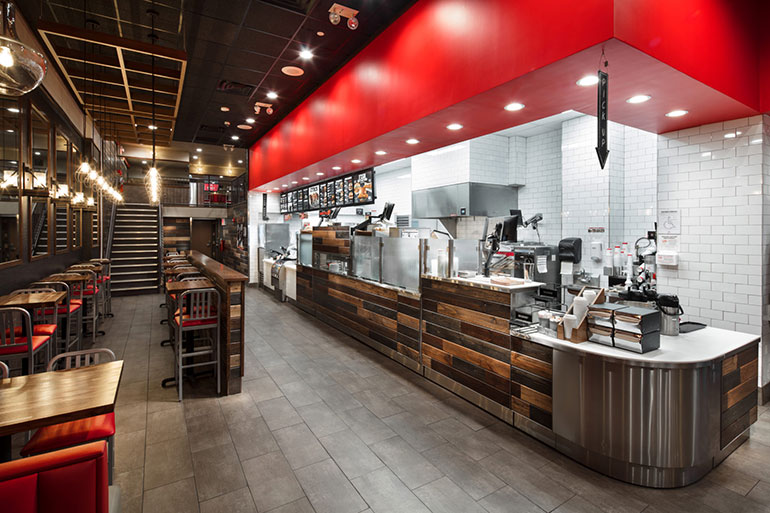 “This reduction in energy consumption was achieved through several initiatives, including the introduction of energy-efficient restaurant equipment, changing our operating procedures, and remodeling many of Arby’s older restaurants,” she added.

Engie Insight, a sustainability and energy management company that advised Arby’s and CKE Restaurants in their efforts said: “While the upfront cost may be daunting, efficient equipment will pay for itself within 36 months and can help drive savings between 10 and 20 percent.”

CKE Restaurants declined to comment on its involvement in the Better Buildings Challenge.

As more restaurants commit to sustainability efforts, a number of organizations have emerged as resources to help advise companies, certify their efforts and measure overall progress.

Restaurants have come a long way, according to Richard Young, director of education for scientific testing facility, the Food Service Technology Center, or FSTC. When the organization was formed more than three decades ago, green restaurants were practically non-existent.

“We asked, ‘What is the state of energy efficiency?’” he said. “When we realized there was almost no information out there about efficient technology, no databases — nothing  — we decided to take action.”

The FSTC is just one organization empowering the sustainable restaurants movement. Restaurants can also be certified at multiple levels by independent certification organizations with varying degrees of rigor, like the Green Restaurant Association, which awards restaurants points for the usage of Energy Star or Consortium for Energy Efficiency-certified utilities and cooking equipment.

“So many people in food service world are just trying to keep the doors open and they don’t have time for research so they will just buy whatever they’ve had before,” Young said. “That upcharge you’re paying for efficiency is for quality piece of equipment total. Think of it as buying a Prius. As the first fuel-efficient car, it was definitely pricier, but you weren’t just buying a toy — you’re buying for quality.”

Despite the long-term benefits, organizations like the Green Restaurant Association are cautious when advising restaurants on efficiency and are careful to recommend replacing equipment in moderation.

“The last thing that we want to happen is for a restaurant to go green and then have to go out of business,” Michael Oshman, CEO of the Green Restaurant Association said. “We are their advisors and we know we have to work within their framework.”

For restaurants that have been operating for years, replacing every piece of equipment is time-consuming and costly, especially if you are replicating results across the brand.

Operators need to do their research and understand the impact of their sustainability choices, Oshman said.

“Greenwashing is the deceptive art of convincing a population that a business is making real environmental changes, when they are not; or they are exaggerating the actual steps they are doing,” he said.

He added that as energy efficiency has become less of a foreign marketing concept, greenwashing is not as much of a problem as it was a decade ago.

But cautioned that it is also easy for businesses to overestimate the impact of their eco-friendly efforts, a situation he has dubbed “green-wishing.”

Young of the Food Service Technology Center added that is a big difference between certifications that require third-party verification like Energy Star, GreenSeal, or LEED — or Leadership in Energy and Environmental Design and voluntary certifications that are less costly but not necessarily subject to the same standards.

“I always tell folks that sustainability is a scientific and engineering challenge and you really need to know your stuff to do it right,” Young said.