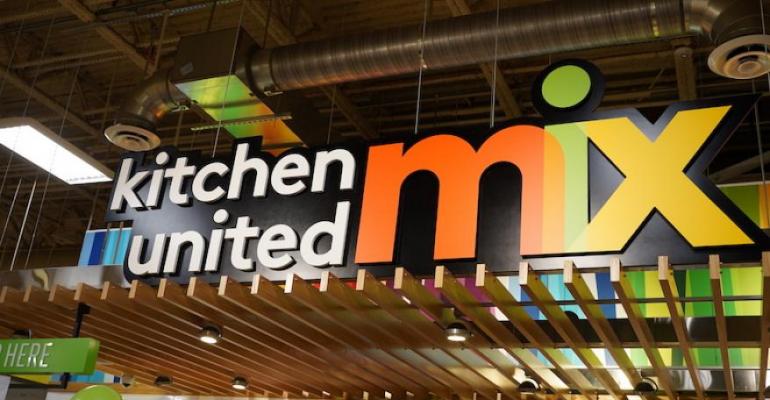 To date, Kitchen United has raised $175 million, and has included some high-profile fundraisers, including retired NFL quarterback Peyton Manning, who also contributed to this round of Series C funding.

Other companies that invested in Kitchen United this time around include B. Riley Venture Capital, a subsidiary of B. Riley Financial, shopping center developer Phillips Edison & Co., and supply chain manager, The HAVI Group.

"We see many commercial opportunities in partnering with Kitchen United as it prepares for considerable scale,” Kevin Lewis, CMO of Alimentation Couche-Tard said in a statement. “We believe this business stands apart from other industry players with its centralized locations, multi-format offerings, experienced management team, and mature technology stack — all of which align with Circle K's mission to make our customers' lives a little easier every day as we work together to shape the future of convenience.”

This diverse round of investors proves that ghost kitchen and off-premises technology extends beyond strictly restaurant chains and can be useful within the retail and entertainment industries. Kroger already has opened multiple Kitchen United restaurants within their stores, further blurring the boundaries between retail and hospitality. In February, Simon malls had announced its partnership with Kitchen United to open virtual restaurants inside malls, with test locations that launched in California and on Long Island.