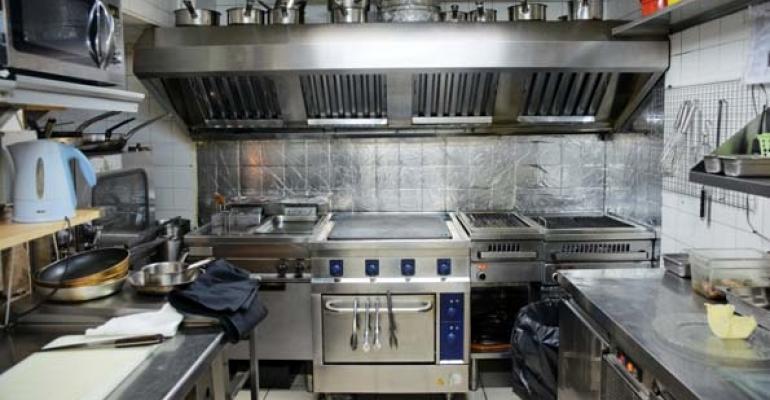 How to save money on restaurant equipment repairs

Operators, techs say routine maintenance of all equipment is key

Ron, a restaurant equipment repair tech, hates repairing steamers. De-liming a neglected steamer’s boiler components is “a nightmare I don’t wish on anybody,” he said. But if operators paid someone to do it regularly before the calcium build up disables the machine, the problem isn’t terrible and the steamer could run trouble free for years.

“I know it’s hard enough in this business to make any money at all,” said Ron, who works for a Midwestern equipment dealer and service company. “But it’s really cheaper overall to maintain equipment than repair it, though it’s hard to convince some people of that.”

A broken tilt-skillet or oven is one matter, but failures in refrigeration, HVAC or hood systems mean not only hefty repair bills, but also lost revenue if the operation has to shut down.

“We had an exhaust fan go out on a Friday night in one of our Cheddar’s, and that’s scary because you’ve got just minutes until the smoke fills up the kitchen,” said Steve Pottinger, vice president of operations at the Greer Companies, a Lexington, Ky., franchisee of 50 Cheddar’s restaurants. “It was a fan belt that broke, something that could have been eliminated if it had been checked closer.”

Luckily, the manager reached a maintenance tech who revived the unit quickly, and customers never noticed the problem. But Pottinger said that since the incident, the Greer Co.’s has become increasingly diligent about preventative maintenance.

“We’re big on maintenance of the entire unit,” said Pottinger. If the equipment failure is small, such as a microwave, he typically replaces the unit. But if replacement costs are significant, repairs are made where possible.

“We have a set percentage of sales set aside for repair and maintenance each year, and I’m confident that’s the right way to do it,” he added.

After years of relying on outside vendors to manage maintenance, Greer Co.’s assembled its own team to handle the task for a cluster of its restaurants in the southeastern U.S. At units beyond that region, the company makes one-off maintenance deals with vendors, but Pottinger said he doesn’t prefer that set-up.

“We did contract out a lot that work a few years ago, but we really couldn’t tell that anything was being done [to our equipment],” he said. “We started joking that the best thing about our maintenance company was that they really had the billing down. … We’re glad we put our own staff together for [repairs and maintenance].”

Famous Dave’s has had better experiences using outside vendors to maintain its equipment, said Jeff Abramson, the Minneapolis-based company’s vice president of purchasing. Currently, Famous Dave’s is contracting with a national firm for preventative maintenance, though the 186-unit barbecue chain is conducting a limited experiment with an in-house team.

“Right now we have someone who takes care of our equipment just in Minnesota because we believe it may be more cost-effective than going outside,” said Abramson, who added that initial results are promising. “But we tend to rely on outside expertise for more complicated repairs.”

In addition to deep fryers, the chain’s combined smoker-and-hood units get the most attention, Abramson said, since if they’re not running, its core product isn’t cooking.

“We have to have repair people in every area trained to fix those because we can’t be without them running properly,” he said. And just like Pottinger, Abramson said choosing outside expert help “has to be done carefully. They really need to know what they’re doing.”

Joe Pierce, president of the Commercial Food Equipment Service Association, advises restaurateurs to view preventative maintenance on their equipment much as they would tune-ups for their cars.

“You can drive a car a long time without changing the oil, and you’re saving money,” he began. “But once it needs repairing, that cost will be much larger than the cost of just changing the oil like you should have.”

Preventative maintenance, he added, “can increase the longevity of equipment tenfold since it’s performing optimally. That’s where the real savings come in, but that’s the real challenge of educating operators: convincing them that staying ahead of the curve is the way to go for the long term.”