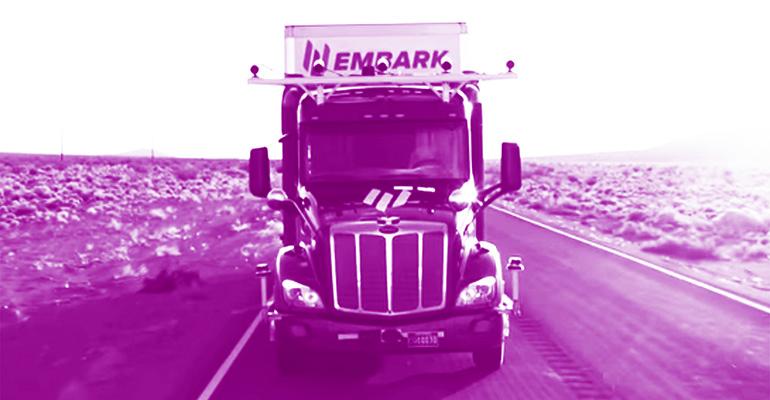 Embark/Youtube
The company Embark is testing a self-driving truck in Nevada.
Operations>Technology

Future of Food: Trucks drive without a person at the wheel

Some of the biggest tech companies, and a few traditional automakers, are working to bring self-driving vehicles to the road.

But these vehicles could also come to the back of your restaurant, in the form of a truck without a driver.

To be sure, driverless trucks are many years away. But a number of companies, such as the Uber-owned Otto and the California-based startup Embark, are bringing automated technology to trucks and commercial vehicles for use inside manufacturing plants.

Early tests appear to focus on helping truck drivers — not replacing them — by self-driving trucks on Interstate highways. Human drivers take the wheel in cities. The system would enable trucking companies to handle more loads per day.

Otto, which Uber acquired last year, has tested this technology in Colorado and Ohio.

Embark unveiled its self-driving truck technology in February, after the state of Nevada said it would let the company test its truck on public roads. Embark’s truck uses radars, cameras and depth sensors to perceive the world around it. The system also uses artificial intelligence to “learn from its own experience.”

So, get ready. The driverless truck could be heading your way soon.