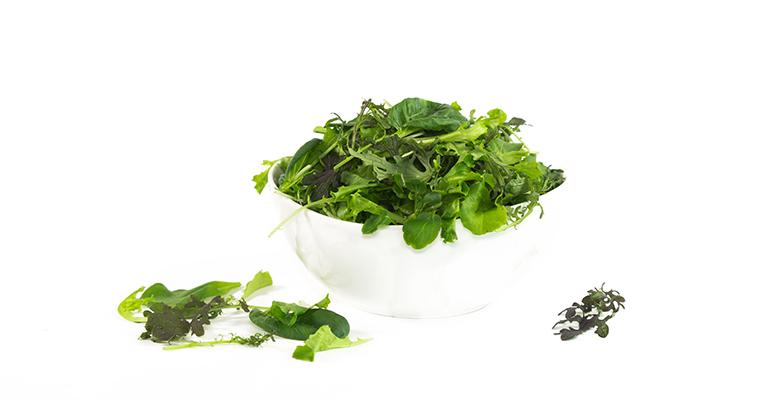 Future of Food: Local will get more local

The bar for local produce is rising. A continued embrace of urban farming is leading to an uptick in volume of leafy greens available in even the densest metropolis.

The wildcards of weather and global warming are also removed from the equation, as are pesticides and herbicides.

Infinite Harvest, based in Lakewood, Colo., subscribes to the popular vertical stacking method. If laid out flat, the growing surface would amount to approximately an acre of farmland, yet it produces about 25 acres worth of food per year. Other operations, such as the 70,000-square-foot AeroFarms in Newark, N.J., and the soon-to-come 14-acre Tender Greens facility in Northern California, are a bit larger.

The move toward futuristic farming is considered by many to be a necessary advancement.

Tobias Peggs, co-founder and CEO of New York’s Square Roots, projects that by the year 2050 the planet will host approximately 9 billion people and that 70 percent of the population will inhabit cities.

Urban farming, with its year-round growing season, minimal environmental footprint, and ability to maximize production in small spaces, could be the key to feeding the upcoming influx of
humanity.