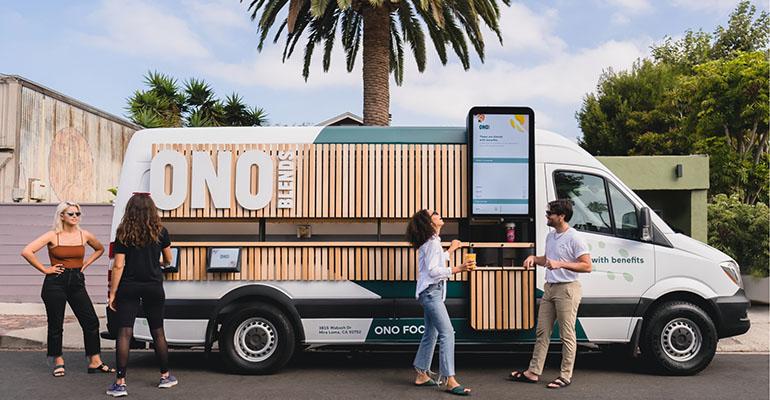 Restaurant and technology startup, Ono Food Co., is launching later this month the first of a fleet of mobile food trucks powered by advanced robotics.

The Los Angeles-based company is billing its smoothie shop on wheels, dubbed Ono Blends, as the first mobile restaurant in the world that uses cutting edge technology and advanced robotics to power everything from ordering to food production. The company plans to launch Ono Blends in late October at a popular Venice, Calif. food truck lot, where it will share space with Roy Choi’s pioneering food truck, Kogi BBQ.

Related: Where robots and hospitality meet

“There’s no one else doing this,” co-founder and CEO Stephen Klein said. 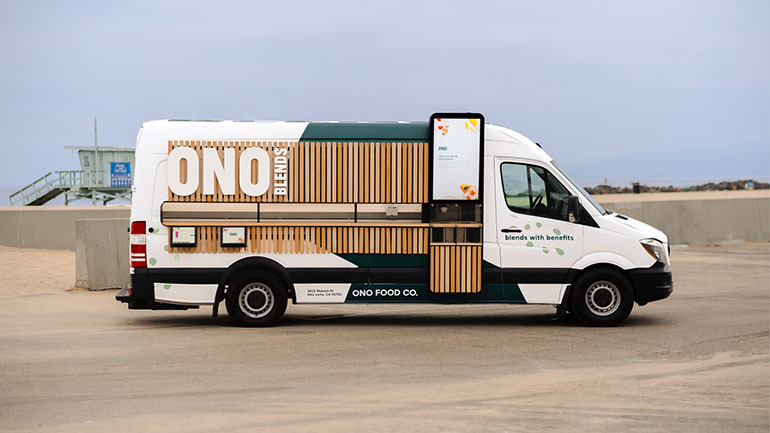 Inside a Palo Alto garage, the two tech-centric entrepreneurs drew sketches of their vision for a restaurant of the future. They immediately knew it would not be a brick and mortar concept, where real estate risks are higher.

Ono Foods, they decided, would focus on state-of-the art food trucks that move around and feed people in so-called food deserts. 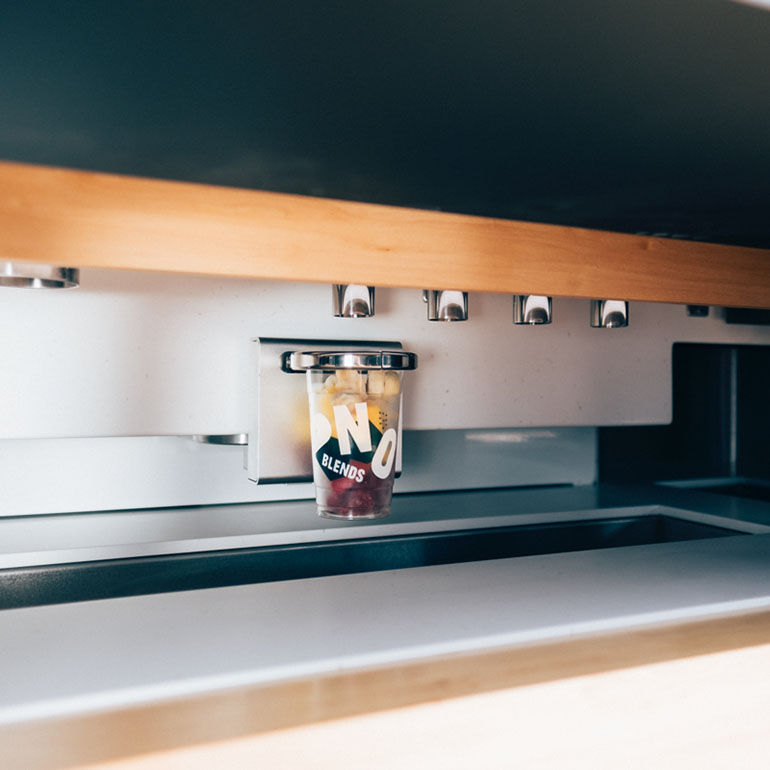 With $2 million in capital raised from investors, the company has spent the past several months developing a menu of healthy but affordable custom blended smoothies. Signature and customizable shakes are made by an assembly line of machines outfitted in a 56-square-foot space inside a 23-foot long Mercedes Sprinter.

A viewing window is built at eye-level so customers can watch their smoothie being prepared. Klein said Ono’s robotics system resembles the automation at fast-casual bowl concept Spyce in Boston, which made national headlines when it opened in May. Famed chef Daniel Boulud is an investor.

Ono robots can crank out a 20-ounce avocado & matcha smoothie in about 60 seconds. The cost: $5.95. Klein said the price is a bargain when compared to brick and mortar shops in the Los Angeles area.

Moon Juice, which has three shops in boujee Los Angeles enclaves, sells its wellness-centric shakes for $12 to $14.

“Fast-food options usually fall into two buckets: fast, healthy, and unaffordable, or fast, unhealthy, and affordable and nothing in between,” Klein said in a statement. “Combining our backgrounds in tech, automation, and culinary fine dining, we knew we could fill this void to give more people access to healthy, high-quality food.”

While technology is crucial to the business model, Klein said food quality is paramount.

“The quality of the food is still the most important thing. Automation is the means to the end,” he said.

That’s why the partners tapped the former head of smoothie shops at Moon Juice to help develop the Ono Blends menu, which features a line of signature drinks made with sustainably sourced and organic ingredients such as vegetables, fruits, seeds, nut butters and coconut milk.

Every drink is “designed to keep people energized and rejuvenated throughout the day,” the company said. 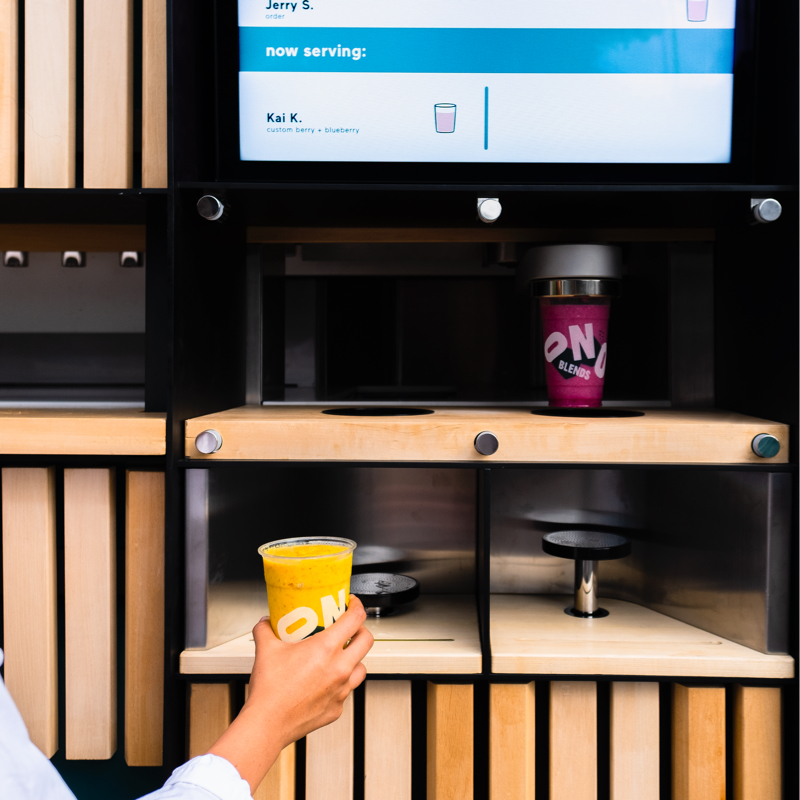 Customers have various ordering options: a self-serve kiosk attached to the side of the food truck, order directly from an employee standing outside the truck (yes, Ono still hires humans), or order via the brand’s mobile app. Ordering by mobile device will occur, however, after the initial launch.

“There are never issues with equipment going uncleaned,” the company said. “Every part of Ono’s assembly process is monitored by hundreds of sensors to ensure there is no spillage, cross-contamination, or inconsistencies; customers with dietary restrictions, allergies, or simply specific preferences no longer have to worry that their blend might include ingredients it shouldn’t.”

In keeping with its planet-friendly mission, each smoothie is served in compostable cups and straws.

When it launches later this month, Ono Blends will be parked at the Abbot-Kinney food truck stop in Venice. It then plans to park in downtown Los Angeles from 7 a.m. to 3 p.m. to serve daytime corporate crowds who don’t have time to trek around town for a quick meal,  Klein said.

At night, the truck will park near yoga studios in West Hollywood.

“The idea is not to be married to one piece of real estate,” Klein said. “We are going where the customers are.”

Ono Foods plans to receive another round of investment in 2020. With that capital, the company intends to scale the business by adding more trucks in Los Angeles, and other major markets. The company is also working on developing other concepts, as well as adding snacks and a bowls to the Ono Blends menu.

Oct. 17 Update: This story has been edited to clarify Fukuba's role at Zume.