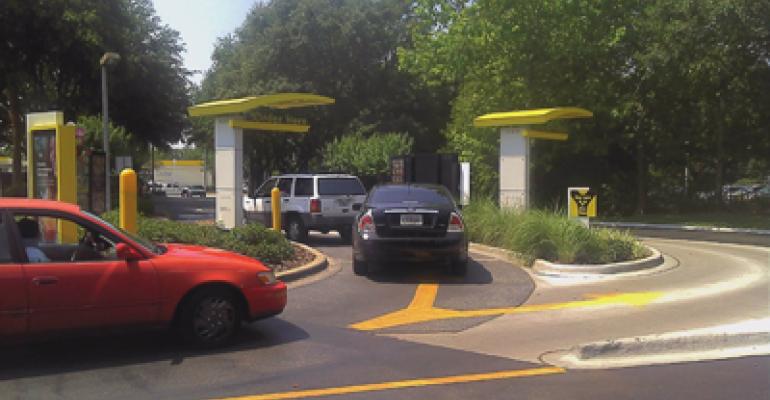 Customers who download delivery apps don’t take away in-store visits at restaurants, and instead the delivery trend appears to be creating its own set of business — at least in the short term.

That’s the conclusion of a study on delivery consumer behavior by the data insights firm Sense360 — which said that consumer use of delivery apps does not cannibalize existing restaurant visits.

The study tracked more than 21 million anonymous restaurant visits both before and after consumers downloaded third-party delivery apps, including UberEats, GrubHub and Postmates.

The study found there is “no evidence that delivery apps drive significant, short-term drops in visitation.”

In one example, the study found that consumers who downloaded the UberEats did not reduce their visits to McDonald’s Corp. during that company’s early delivery tests in Florida.

“At least in the short term, we didn’t see any impact,” Eli Portnoy, CEO and founder of Sense360, said in an interview. “It gets at the heart of the question whether the app changes behavior. That’s ultimately what folks are interested in. We found no impact at all.”

There’s one caveat, Portnoy said, and that’s the short timeframe. The study looked at visits 90 days before and 90 days after consumers downloaded the apps.

As such, Portnoy said, it’s possible that consumers could change their behavior over a longer period of time — something he promised to analyze.

Yet at least when consumers first download the apps, however, they continue to visit restaurants — meaning that delivery a different occasion. Consumers decide they want delivery and then look for restaurants that can fulfill that need.

“I was sort of expecting we’d see a little decline in grab-and-go visits,” Portnoy said. “It seems like on the whole there was no real change.”

To be sure, current delivery consumers tend to be located in bigger markets, and they tend to be wealthier. They are more likely to live in New York, San Francisco and Los Angeles.

“It’s a driver of business,” he said.

To be sure, that doesn’t mean delivery is worth it — delivery companies get a commission on the business, and as such that can eat into profits. Restaurant executives who have added delivery are universal in saying it boosts business, but they are not universal that the business is worth the cost.

Also, things can change as delivery expands and consumers become more accustomed to the orders. Yet for now, it appears that the services are providing restaurants with the incremental business they want.