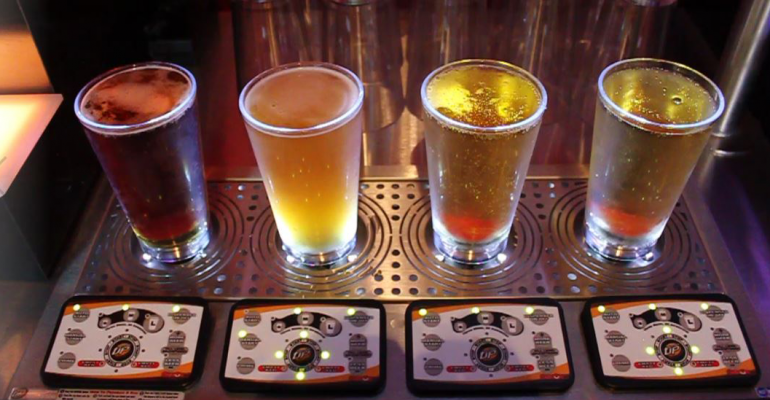 Courtesy of Bottoms Up
Operations>Technology

From self-serve frappé machines to bartops with frost rails, the wide variety of beverage innovations at the NAFEM conference held this month in Orlando, Fla., were aimed at satisfying consumer demands for convenience and experiential dining.

Here’s a closer look at the products spotted at the three-day show, which logged 20,000 visitors and featured 600 companies from across the country. 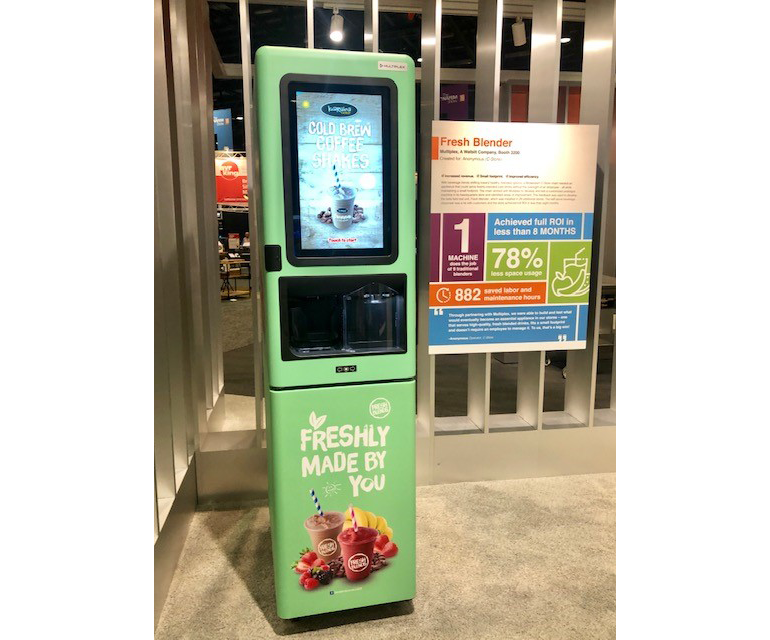 Multiplex, a division of Welbilt Inc., said the company is seeing demand for self-serve blenders in C-stores because it cuts down on labor costs. Multiplex representatives said select Kwik Trip and Circle K stores are using the product, along with about 30 7-Eleven stores in Dallas, Portland, Ore. and Hawaii.

Courtesy of Bottoms Up 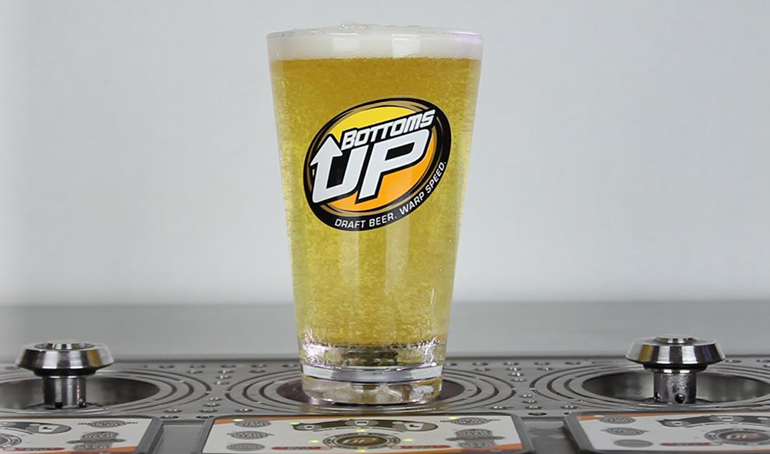 Bottoms Up: The company behind the Bottoms Up tap system has been around since 2008, but in the last few years, its “fill from the bottom beer system” has gained the attention of high-profile operators such as Taco Bell, Schlotzsky's and Pizza Hut, as well as hotels and sporting venues.

The automated system, made by Indiana-based GrinOn Industries, fills a pint or pitcher of beer with a touch of a button. The pour comes from the bottom using a metal ring and an FDA-approved magnet that looks like a poker chip. When the beer is placed on the dispenser, a nozzle pushes the magnet up to allow the beer to flow into the glass. The pour will automatically stop when it reaches the pre-programmed amount, which can be set at a range of ounces from a pint to a pitcher. The magnet then creates a seal at the bottom of the glass after the pour is complete.

Each magnet contains the restaurant’s logo or custom artwork, offering instant marketing with every sip.

While the system seems like a labor-saving move, Bottoms Up representatives say restaurants and bars adopt the tap machine because it results in nearly zero keg waste and it enables multitasking. The hands-free pour allows employees behind the bar to work on other tasks like mixing other drinks or handling transactions.

Bottoms Up is being adopted by a range of foodservice and hospitality operators, including hotels, ballparks and both chain and independent restaurants. Operators include Taco Bell Cantina restaurants, Burgerim, Pieology Pizzeria (8 locations), a Pie Five in San Francisco, Urban Bricks Pizza, two Pizza Hut locations in Texas, Heinz Field in Pittsburgh and Bridgestone Arena in Nashville. 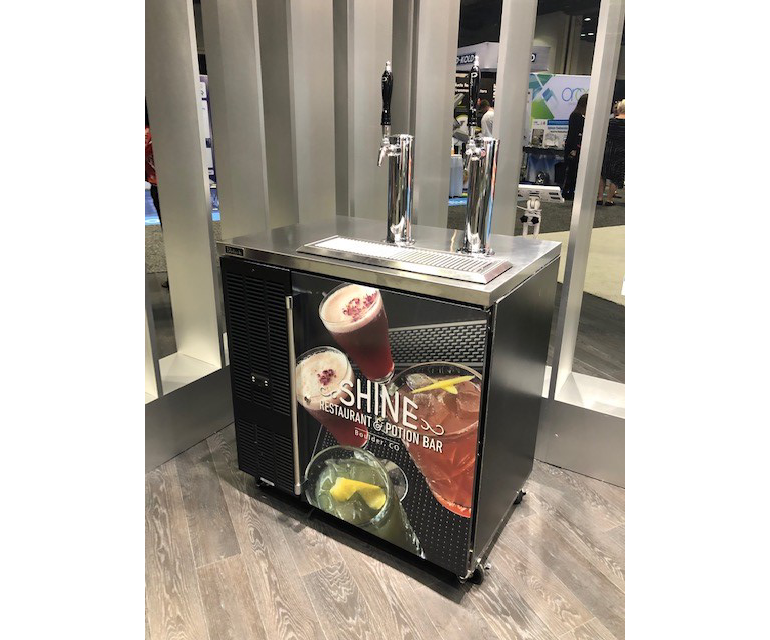 Beverage dispenser with circulation: This customized cocktail dispensing tap system was developed for an independent restaurant in Boulder, Co. known for its “potion” cocktails.

Shine Restaurant and Potion Bar needed a tap system for its signature “nourishing” elixir drinks made with ingredients such as lemon juice, honey, ginger root and basil. The draft system needed to work without ingredients settling at the bottom of the keg.

Milwaukee, Wis.-based Perlick Corp. developed a dispenser system that circulated the ingredients without ruining the integrity of the cocktail. The self-contained system also created more space behind the counter.

“Converting to Perlick’s custom draft system was well worth the investment,” the restaurant’s founders stated in a testimonial. “We’re able to keep our potions flowing while not sacrificing quality, flavor and appearance.” 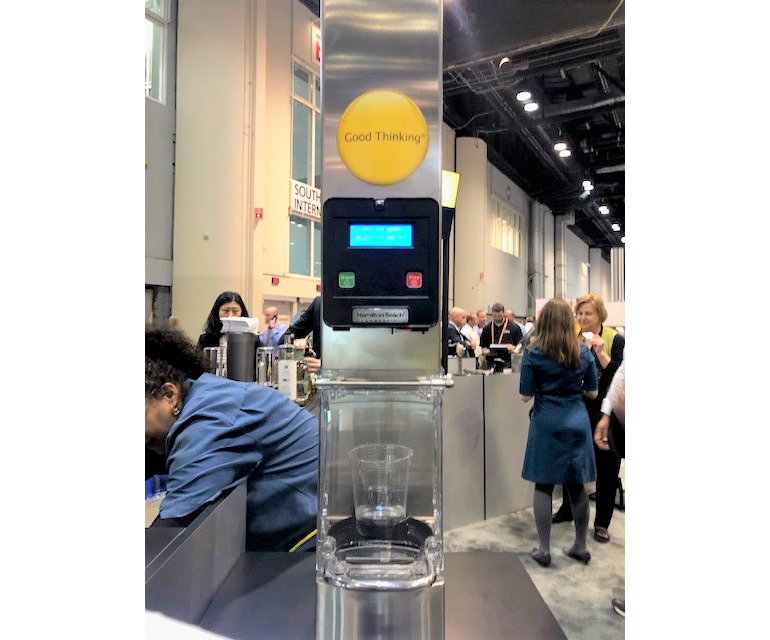 SmartServe Blend in a Cup: This Hamilton Beach Brand Inc. product was recognized at NAFEM as a gamechanger for Irvine, Calif.-based Yogurtland.

The froyo chain saw a need to expand their menu with drinkable desserts. In keeping with Yogutland’s self-serve model, Hamilton created an easy to use self-serve machine for custom yogurt blends.

“Our customers love the ability to create and blend their own custom treats,” Rachael Wilcox, Yogurtland operations services specialist, said in a testimonial. 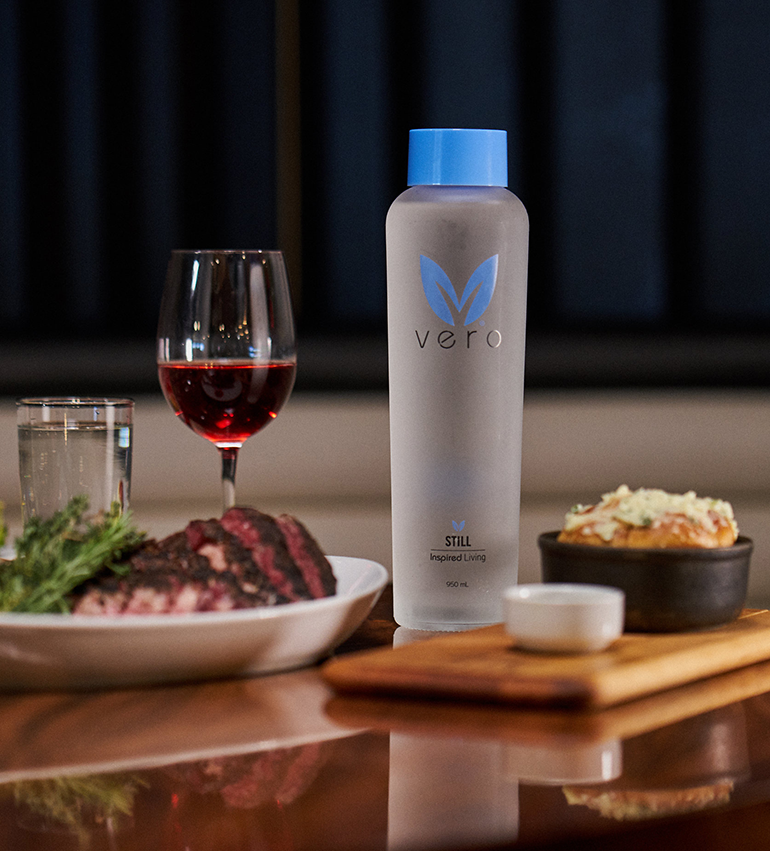 Sparkling water: Chilled sparkling water is not just a fine-dining move. It’s now become a sustainability play for a wide range of foodservice providers looking to reduce their use of plastic bottles.

Benefiting from that trend are companies that produce chilled still and chilled sparkling water systems such as Natura and Vero. Both companies said business is booming especially in hotel, resorts and college universities.

Natura said colleges are also offering self-serve tap systems for co-eds including University of Maryland, Villa Nova and UMASS. Employees at Google also use the system. 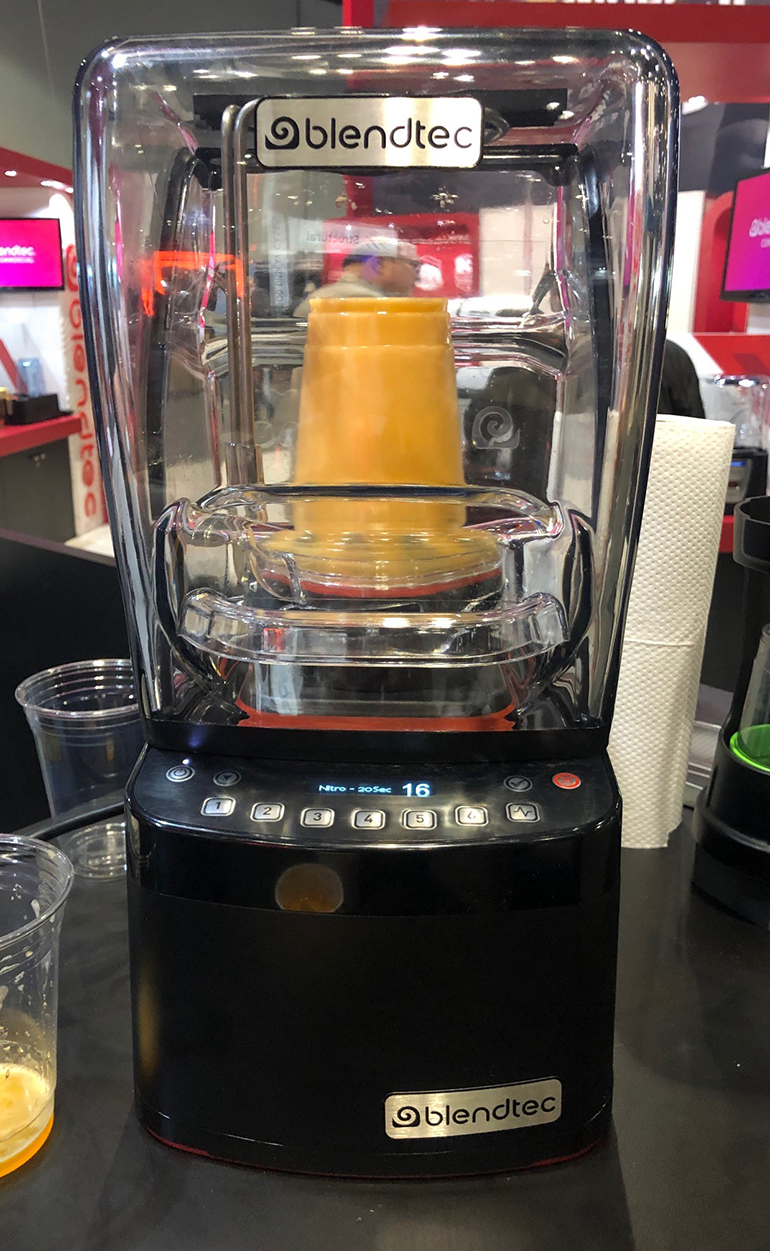 The two-year old system is being adopted by small independent juice bars and some Whole Foods Market stores because it eliminates the waste involved with blending fruit smoothies in a jar. Blendtec sales manager Bill Brown said jars typically waste 1 ounce to 2 ounces.