Voice ordering was something to shout about in 2017. Wingstop in January began offering orders through Amazon Alexa, following Domino’s Pizza Inc.’s debut of the platform in 2016. Casual-dining joined the fray in 2017, with TGI Fridays in November announcing a partnership for making orders, reservations and, in some locations, payments via Amazon’s Alexa.

Panera Bread Co. introduced kiosk ordering as an option with its 2.0 introduction in 2014, but more concepts are looking at kiosks as the sole order option. Eatsa, the San Francisco startup that modernized the ancient, coin-operated automat, took a few steps back in 2017, closing all but two of its stores, but Lettuce Entertain You Enterprises’ Wow Bao took up the gauntlet to deploy the Eatsa technology in its sixth Chicago store.

FlyBuy Technologies Inc. offered restaurants the opportunity to create a virtual drive-thru. Using the FlyBuy app, customers could place orders and pay online before pulling up curbside to a restaurant where an employee could hand over the order through the car window. Launched in 2013, Seattle-based FlyBuy boasts about 2,000 users and 71 restaurants.

Internet giant Amazon, which bought Whole Foods in 2017, expanded its reach into the restaurant industry by partnering with Olo, the New York-based online ordering and delivery company, to list Olo’s clients on its Amazon Restaurants section. Some of Olo’s clients include Chipotle, Denny’s, Shake Shack and Wingstop.

Amazon Go, a prototype grocery/convenience store near Amazon’s headquarters in Seattle, provided a glimpse of where mobile payments might be headed. Consumers avoid cash registers altogether by scanning their smartphones on entry, grab what they need and walk out with their purchases logged during the visit. 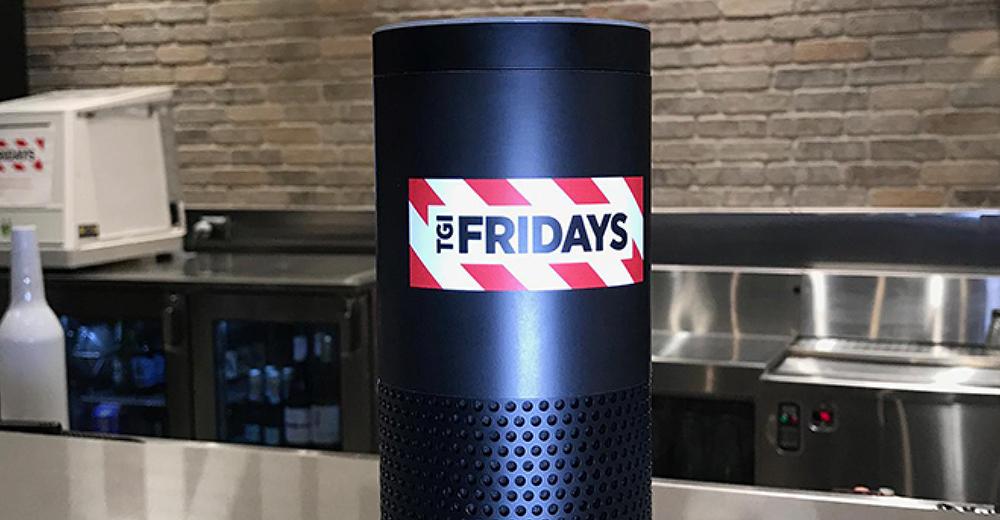 Next Up
Top 9 restaurant technology, delivery stories in 2019
Start Slideshow ›