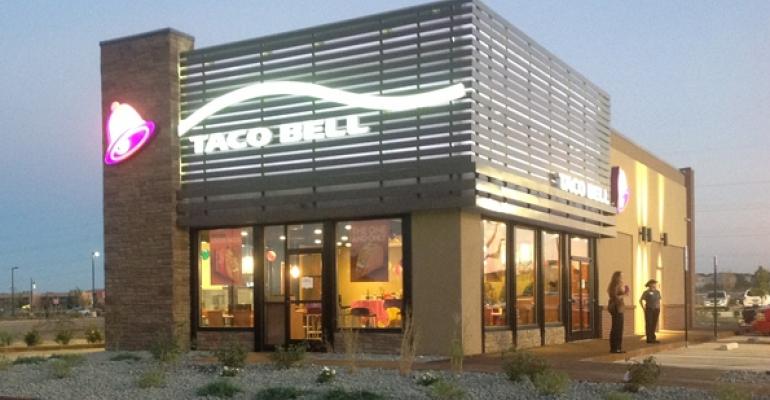 Taco Bell suffered a viral firestorm Monday after a photo showing an employee licking a large stack of taco shells made the rounds on Twitter and Facebook.

Company officials said the shells were on their way to the garbage after being used for training at a franchise location and were never served to customers. However, two employees took and posted the photo, which the company said was against policy.

“We will not tolerate this type of behavior, and particularly its impression on our customers, fans, franchisees and team members,” said Rob Poetsch, Taco Bell spokesman, in an emailed statement. “We are working with the franchisee to take appropriate action against everyone involved.”

Poetsch added, “Customer and team member safety is our No. 1 priority. We have strict food-handling procedures and zero tolerance for any violations.”

The company did not identify the employees or the location of the franchise unit.

Facebook users repeatedly re-posted the photo on the quick-service chain’s page, with comments such as, “This is why I will never eat at Taco Bell…” and  “You really need to monitor your employees!”

The incident is not the first to show a Taco Bell employee behaving badly. In 2012, a now-former employee reportedly Tweeted a photo of himself urinating on a plate of nachos.

At sister brand KFC earlier this year, the company also reportedly fired an employee for posting a photo on Facebook showing her licking, or nearly licking, a tub of mashed potatoes.