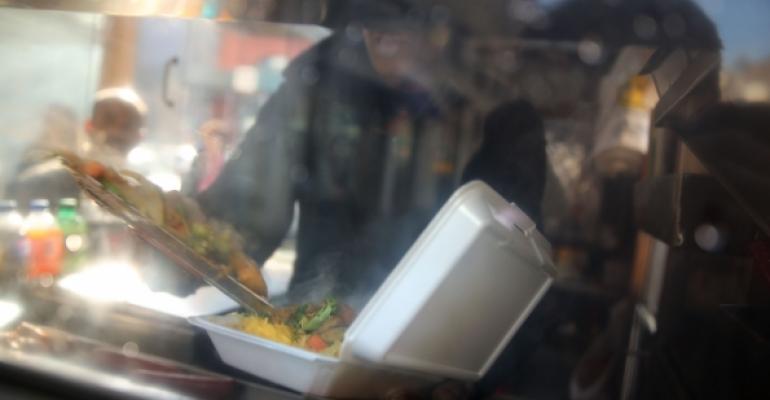 A New York State Supreme Court justice has overturned a ban on the use of plastic foam containers and polystyrene loose packaging, or “packing peanuts,” in New York City that went into effect July 1, although it was not scheduled to be enforced until January 2016.

According to local reports, justice Margaret Chan struck down the ban after being presented with evidence that polystyrene could be effectively recycled.

Chan’s decision was the result of a lawsuit against Mayor Bill de Blasio, New York City Sanitation Commissioner Kathryn Garcia and the city’s Department of Sanitation by a group called the Restaurant Action Alliance NYC and manufacturers including Dart Container Corp., which produces plastic foam products.

According to comments submitted to the city by Restaurant Action Alliance NYC president Robert Jackson, the group consists of “a coalition of minority residents and owners of restaurants in New York City” founded in 2013 to help prevent a ban on plastic foam.

“We disagree with the ruling,” City Hall deputy press secretary Ishanee Parikh said in a statement. “These products cause real environmental harm, and we need to be able to prevent nearly 30,000 tons of expanded polystyrene waste from entering our landfills, streets and waterways. We are reviewing our options to keep the ban in effect.”

Various news reports said that might include appealing the decision.

The original ban, announced in January, included a delay in enforcement, as well as provisions allowing non-profit organizations and businesses with less than $500,000 in annual revenue to apply for hardship exemptions.

The New York State Restaurant Association worked with the de Blasio administration and the previous administration of Mayor Michael Bloomberg to put those provisions in place.

The NYSRA had no comment on the Supreme Court ruling.

Andrew Rigie, executive director of the New York City Hospitality Alliance, said in an e-mail: “The judge’s ruling is welcome to those who argued that banning low-cost foam packaging wasn't needed because there is the ability to effectively recycle it so it doesn't end up in landfills.”

Although New York City would have been the largest jurisdiction in the country to ban plastic foam, similar bans are in place in dozens of other cities and towns, including San Francisco, Seattle and Portland, Ore.