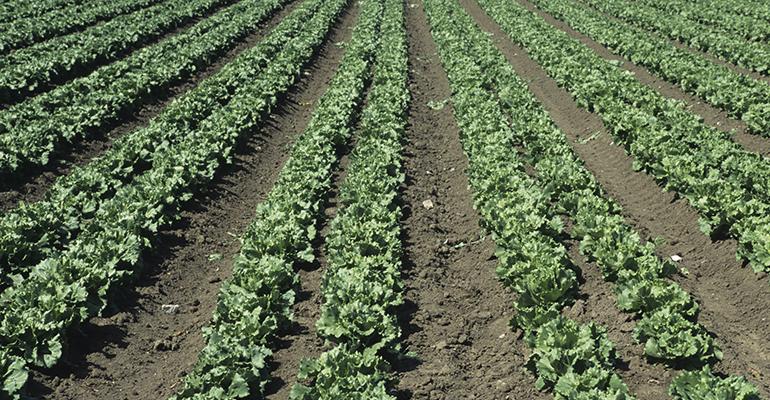 Foodborne illnesses connected to romaine lettuce from Arizona and eggs from North Carolina have sickened more than 50 people in more than 20 states, federal authorities said during the weekend.

The unconnected outbreaks as of Monday included 35 people in 11 states infected with E. coli O157:H7 linked to chopped romaine lettuce grown in the Yuma, Ariz., region as well as 22 cases of salmonella inflections in nine states linked to eggs produced by Rose Acre Farms of Seymour, Ind., and originating at a farm in Hyde County, N.C.

At presstime no specific farms, suppliers or brands of romaine had been identified as a source of the E. coli cases, the Centers for Disease Control and Prevention said.

Restaurants and consumers were urged to dispose of the products and thoroughly clean food preparation areas to avoid cross-contamination, according to guidance from the Food and Drug Administration and the Centers for Disease Control.

FDA testing determined the eggs are connected to 22 cases of Salmonella Braenderup infections that began on March 5 in multiple states.

“On April 11, 2018, laboratory analysis by the FDA confirmed that a sample containing salmonella from the Hyde County Egg Farm facility matches the rare strain that made people ill,” the FDA said. Rose Acre Farms on April 13 voluntarily recalled eggs with plant number P-1065 and Julian date ranges of 011 through 102.

Most people infected with salmonella develop diarrhea, fever and abdominal cramps between 12 and 72 hours after infection. The illness usually lasts four to seven days, and most people recover without treatment.

The FDA recommended that restaurants and retailers: