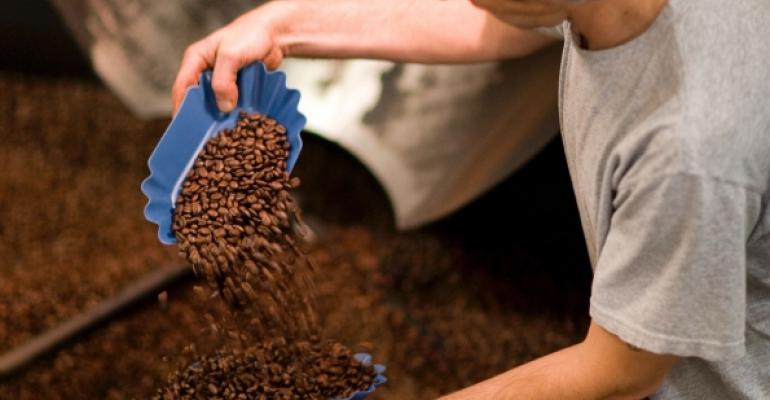 Virginia plant to open in late 2018

Peet’s Coffee plans to open an East Coast roastery in Suffolk, Va., by the end of 2018 to provide fresher product for its customers east of the Mississippi.

The new facility will be slightly larger than the company’s current Alameda, Calif., facility and will help the chain to manage its growing demand for its products in foodservice, retail and mail order, CEO Dave Burwick told Nation’s Restaurant News.

He said Peet’s has nearly doubled its business since being taken private in 2012, “so we need capacity to serve not just our traditional cafes but also all the channels where we do business,” he said, including supermarkets, mass merchants such as Target, office coffee setups, airports, colleges & university and e-commerce. Peet’s has nearly doubled its business since being taken private in 2012.

In a press release announcing the project, Peet’s said it delivered coffee to more than 14,000 grocery stores nationwide.

Although Peet’s more than 400 locations, including company-owned cafes and licensed partner locations, are mostly in the west, the chain did just open its 23rd location in Washington, D.C., and it has 13 locations in Boston, according to Burwick, as well as 16 restaurants in Chicago. The new roastery will serve those locations as well as retail and e-commerce channels.

“Opening on the East Coast allows us to continue with our roast-to-order business model and to provide our customers even fresher products,” he said.

“The strategic decision by Peet’s Coffee to expand into Virginia is a great win for the company, the City of Suffolk, and the entire Hampton Roads region,” state secretary of commerce and trade Todd Haymore said in a statement.

“With the Port of Virginia being one of just two ports on the East Coast that has received ICE [Intercontinental Exchange] certification as an exchange port for coffee imports, Virginia is in a prime position to help Peet’s Coffee quickly distribute its product to more than half of the U.S. population. I know that Peet’s will be a tremendous corporate asset to Suffolk and Virginia, and we look forward to a successful partnership.”

Correction: Dec. 9, 2016 This article has been updated to reflect that Peet's has 13 locations in Boston, not eight as was previously reported.