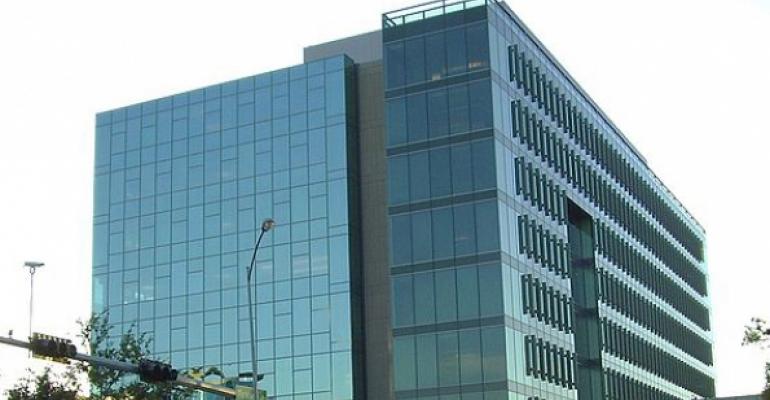 The Federal Trade Commission on Thursday sued to block the proposed merger of Sysco Corp. and US Foods, saying the proposed $8.2 billion combination of the country’s two national broadline distributors would hurt consumers.

The agency said the merged company would have 75 percent market share, and that restaurants and other foodservice providers would face higher prices if the merger were allowed to go through. Restaurants would have to either absorb those prices or pass them onto their own customers.

In a 3-2 vote, the FTC’s five commissioners authorized staff to seek a temporary restraining order and preliminary injunction to prevent the merger, pending the outcome of the agency’s challenge.

“This proposed merger would eliminate significant competition in the marketplace and create a dominant national broadline foodservice distributor,” said Debbie Feinstein, director of the FTC’s Bureau of Competition, in a statement. “Consumers across the country, and the businesses that serve them, benefit from the healthy competition between Sysco and US Foods, whether they eat at a restaurant, hotel or a hospital.”

In a response, Sysco said it planned to contest the FTC’s attempt to block the merger, noting that only a slim majority of the agency’s five commissioners voted to seek the injunction. “The narrow vote demonstrates a lack of consensus within the commission that the proposed merger could be viewed as harmful to competition under the law,” the company said in a statement.

“The facts are strongly in our favor and we look forward to making our case in court,” Bill DeLaney, Sysco’s CEO, said in a statement. “Those of us who work in this industry every day know it is fiercely competitive. Customers of all types have access to food distribution services from a wide variety of companies and any number of channels. In fact, the overwhelming majority of restaurants and food operators choose their foodservice locally, where they have choices among many excellent companies.”

Sysco argues that many national companies use regional distributors, rather than a single national contract, and that there is plenty of competition overall in the foodservice distribution market. The company also says that the merger would enable the new company to reduce prices.

The FTC’s decision came 14 months after the deal was first announced. It does not come as a surprise, as numerous reports in recent weeks have indicated that the agency was skeptical of the merger, leading to its delay.

Last month, Sysco and US Foods proposed selling 11 US Foods facilities to a smaller rival, Performance Food Group, and planned to bring the merger directly to the commissioners, who are politically appointed.

Earlier this week, The Wall Street Journal reported that Sysco hired the law firm O’Melveny & Myers LLP as its counsel. US Airways used the firm when the Justice Department wanted to block its merger with American Airlines, which ended in a settlement.

The FTC said the proposed sale of the distribution centers would not enable Performance Food Group to replace US Foods as a competitor, nor would it counteract the “significant competitive harm” that the merger would caused.

The agency said state attorneys general in 10 states and the District of Columbia have joined the FTC’s complaint.

The FTC noted that Sysco and US Foods are the two largest broadline foodservice distributors in the U.S., meaning they can distribute a broad range of food products. Competition between the two helps the market because they compete vigorously to serve customers in a wide area, the agency said.

“The vigorous head-to-head competition between Sysco and US Foods yields substantial benefits to customers in the form of lower prices, better service and higher product quality,” the agency said in its complaint, filed in U.S. District Court in the District of Columbia. “The proposed merger between (the companies) would eliminate that competition and those benefits. If consummated, the merger threatens significant harm to a wide range of foodservice customers, who will be forced to absorb the increased costs and, in many cases, pass them on to customers.”

“Many hotel chains, foodservice management companies, and group purchasing organizations, for example, consider Sysco and US Foods to be each other’s closest competitor, and in some cases those customers’ only meaningful alternatives, for national broadline distribution services,” the agency said.

The FTC also said the two agencies compete aggressively for business from independent restaurants and others that operate in a local region. In its complaint, the agency said the merger would likely harm competition in 32 markets.