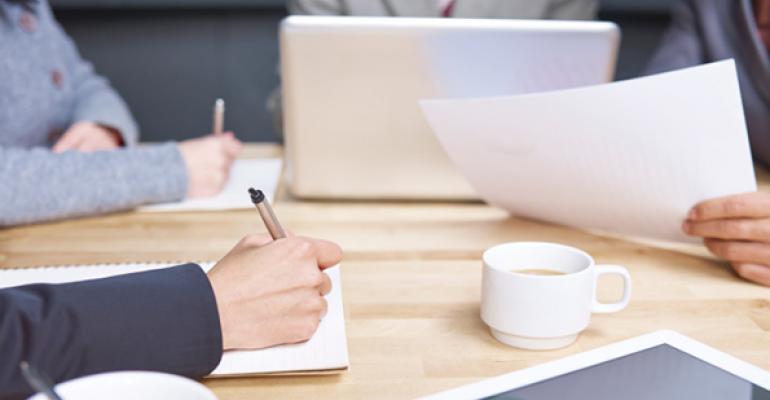 When Sysco agreed to buy US Foods nearly a year ago in a deal valued at $8.2 billion, it effectively eliminated its largest competitor and the only other company that could lay claim as a nationwide food distributor.

But the delayed merger could create another national distributor, as government regulators seek to ensure competition. While experts still say the merger will have a major impact on the food distribution business, they say restaurants could ultimately have more choices in national distributors.

Sysco and US Foods agreed to merge in December 2013. Sysco agreed to pay $3.5 billion for US Foods, including $3 million in Sysco stock and $500 million in cash, and also agreed to assume US Foods’ debt of $4.7 billion. The deal was expected to close in the third quarter.

But Sysco CEO Bill DeLaney, who will lead the combined company, said in a conference call in August that the deal had been delayed pending a review by the Federal Trade Commission. On its most recent conference call in November, DeLaney said the merger wouldn’t be completed before the first quarter of 2015.

“We’ve been in productive discussions with FTC staff on a solution to permit the FTC to conclude its review,” DeLaney said.

According to a recent report in the New York Post, Sysco is in “advanced talks” to sell some assets to Performance Food Group, which is the third-largest food distributor in the U.S. That deal is expected to satisfy the FTC, which has been reviewing the merger and is apparently concerned about the competitive market with only a single, giant food distributor.

By looking to force Sysco to sell assets to the third-largest distributor, the FTC could help create another national competitor to Sysco, Sala said.

If Performance Food Group emerges as a solid No. 2, it would not necessarily change the market dynamics for restaurant chains much, at least over time.

“The names will change as to who is No. 1 and No. 2, but that’s about it,” said Debra Bachar, president of the Blueberry Business Group, a foodservice consulting firm.

However, it could initially be disruptive. PFG has $13.7 billion in sales, and would likely gain some in a Sysco divestiture. It also has 67 distribution centers, according to its recent IPO filing with the SEC. By comparison, Sala said, a combined Sysco-US Foods entity would have $65 billion in sales and 253 warehouses, a significant gap, he said.

That would have an impact on midsized chains, like those among the 100th through 300th largest concepts in the country, Sala said. Emerging brands that don’t have the scale and clout to divide contracts among regional distributors would also be affected, he noted.

The market is too big for there to be just one, big national competitor, Sala said.

“The gap between $65 billion for Sysco and $13 billion for the next largest — that can’t stay that way,” he said. “There will be other entrants. More will move into that space. Chain operators would (ultimately) have more choices.”

Many of the largest chains contract with manufacturers directly and negotiate contracts with specialty distributors to transport their product. Sysco has one such specialty distribution subsidiary called Sygma. Wendy’s accounts for 23 percent of that business, according to Sysco’s most recent annual report.

Other big chains negotiate distribution contracts with regional distributors to ensure a diverse portfolio. Sala suggested that other restaurant chains with the scale and capability should take that step as they wait for the market dynamics to change.

“That’s a best practice for the top 25 chains,” Sala said. “If they don’t use systems-style (distributors) nationwide, they look regionally. But it takes some supply management resources.”