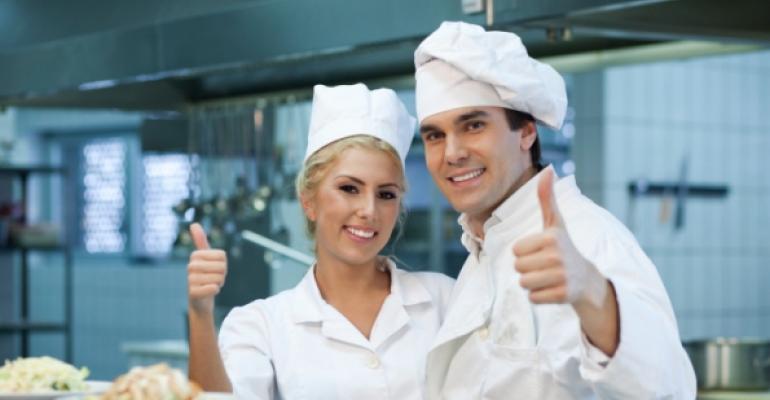 Jim Sullivan is a keynote speaker at foodservice leadership conferences worldwide. His newest book Fundamentals is available at Amazon or Sullivision.com. Check out his leadership video series at NRN.com. This article does not necessarily reflect the opinions of the editors or management of Nation&rsquo;s Restaurant News.

“How many people would you trade for your very best performer? If the number is more than five, you’re probably underpaying your best person. And if it’s more than ten, you’re almost certainly underpaying them.” –Laszlo Block, author, Work Rules

For the past five months, this column has detailed best practices related to finding, hiring, onboarding, training and retaining strong team members and managers in 2015.

This month, I’d like to address the 800-pound gorilla in the room: the coming HR crisis in labor, hiring, turnover and retention. I’ll also examine the role that technology will play in resolving it.

The National Restaurant Association reports that the U.S. foodservice industry currently employs 14 million people. The association also projects sustained annual growth of 3 percent to 5 percent, and estimates that foodservice will create over 1.7 million additional new jobs in the next decade.

Reading those numbers, most of us beam with pride at our industry’s robust growth and subsequent job creation. But HR departments shudder at the reality: 1.7 million new jobs require 1.7 million more people, right? So where will this new workforce come from?

The once-teeming talent pool has dried to a puddle, and it’s filled mostly with C and D players, high-maintenance employees who require a lot of training and supervision, which puts both additional stress and turnover on our managers. In 2015, we average 94-percent annual turnover rates among hourly employees and are struggling mightily to fill current open positions. In doesn’t take Nostradamus to predict that unless we make some big changes in how we hire and who we hire the next couple years, the projected industry growth adds up to an impending HR crisis by 2020.

Optimists pooh-pooh panicking, suggesting that the new jobs will be filled by either immigrants or the 81 million-strong Gen Z cohort, America’s 14- to 18 year-olds who are coming of age as both potential foodservice employees and customers.

But the pragmatist finds a few holes in that logic. Immigrant influx is dependent on immigrant legislative reform, political kryptonite in the upcoming presidential election cycle. And as for Gen Z flocking to the restaurant business for a job, here’s a fact as down-to-earth as home plate: our industry’s reputation is not exactly what you’d call user-friendly among their parents and peers.

So how will we bridge the gap? Three ways:

1. Foodservice companies must put as much effort into employee retention as they do into employee recruiting.
2. We must treat all team members with more dignity, respect, fair compensation and reciprocal caring.
3. We have to determine if we’re asking the right question. Do we have to find new people to fill the jobs, or can we leverage technology to do the job instead, requiring fewer people?

1.    Keep the best people you have and develop them to be even better. Identify which team members you’d trade for five others, and institute a plan to extend their tenure.
2.    Apply the technology solution to the projected 1.7 million new jobs. For instance, tablet menus in full-service restaurants and ordering kiosks in quick-service restaurants can, and probably will, supplant 40 percent of servers and cashiers by 2020. That’s 680,000 fewer people to find right there. And as apps continue to transform every smartphone into a wallet, we’ll likely witness the 125-year run of cash registers/POS end, freeing up more space and one less bookkeeper. I know that politicians and unions don’t like to hear it, but applied technology will soon deeply disrupt the HR and labor process, as it already has for marketing, payment and back-office systems.

And what about unit managers? I have seen the future of foodservice supervision, and it is called the Apple Watch. As surely as they currently carry a pen and a planner, restaurant managers will soon be sporting a new tech accessory: wearables such as the Samsung Gear, Apple Watch or Pebble Steel. This wrist computer will give unit managers real-time updates on how to control food costs, utility usage and labor efficiency, with specific suggestions on who to cut early and how to schedule the next shift based on weather, history and promotions. New customer-to-regular ratios and diners’ frequency numbers will also be relayed live, improving table visits and repeat business.

Syncing with both front- and back-of-house surveillance videos, smart watches will display live-action feeds of kitchen line production, dining room/bar interaction, and the drive-thru lane and host stand area. With the push of a fingertip, the manager can also display and save live feeds, ultimately improving training content, thus improving unit performance. This “game film” review will decidedly impact future training content by clearly demonstrating both best practices and worst case scenarios. Having a wearable computer that constantly monitors and corrects shift inefficiencies frees a manager to focus on directing hospitality and leading teams. And the better we manage people, performance and process in real-time, the more productivity and profits rise.

It’s a brave new world, to be certain. Foodservice managers and brands comfortable with technology are more valuable today and tomorrow than those who are not. I’m not suggesting we should eliminate people with technology. People can exist without companies. They did so for a couple of hundred thousand years. But companies cannot exist without people. Yet the fact remains that foodservice operations are still riddled with complexity. We must challenge the process and apply technology whenever and wherever it improves an overly-complex system overwrought with inefficiencies and waste. In the future, the restaurant business will be divided into pre-Internet and post-Internet eras. And we’ve only just begun.

Jim Sullivan is a consultant and keynote speaker at foodservice conferences worldwide. The third edition of his bestselling book Fundamentals is now available at bookstores or Amazon.com. Check out his training catalog at Sullivision.com and follow him on YouTube or Twitter @Sullivision.