Americans are likely going to continue seeking out clean labels and somewhat lighter options, while continuing to eat bacon double cheeseburgers with seeming abandon. Their diets are likely to shift with their whims, from high-protein to gluten-free to meatless. They also will likely be eating a lot of fried chicken.

Kale will probably continue to be popular, but quinoa might gradually fade from the scene as more grains, especially wheat varieties like farro and kamut, become more mainstream.

What follows are other trends that I expect to see in 2016.

ONE MORE YEAR OF INDIA PALE ALE
World of Beer

According to the Brewers Association, the trade body for craft beer makers, IPA consumption actually accelerated in 2015, even after a banner 2014, and now comprises 27 percent of the craft beer market. Although there’s little sign of hop fatigue yet, craft beer just accounted for 11 percent of beer sales by volume in 2014, and Bart Watson, the Brewers Association’s chief economist, expects it to fall somewhere between 12 percent and 13 percent for 2015. As craft beer becomes more mainstream, or as mainstream beer drinkers turn to craft beer, we’ll likely see a resurgence of traditional American favorites such as lagers in general and pilsners in particular.

But I think IPA still has another good year or two in it.

A LOT OF VEGETABLES
Thinkstock

Just as there will not likely be a new Sriracha, there probably won’t be a new kale. But the drumbeats of local/seasonal and farm-to-table continue, and they’re best expressed with produce, meaning the floodgates are open for chefs to highlight and celebrate vegetables, offering them as the center of a meal rather than nutritional obligations. As chain restaurants face requirements to post calorie information on their menus and menu boards, vegetables offer the opportunity to add color, flavor, texture and perceived value to dishes as starches (which to be fair are also vegetables) and high-fat proteins — and calorie counts — shrink.

Diced vegetable medleys are now common accompaniments for meaty entrées at independent restaurants, such as the blend that chef Serena Bass serves to accompany her lamb chops at Lido restaurant in New York City. She combines butternut squash, celery root, carrots and sweet potato, hazelnuts and coriander seeds and roasts them all together with salt, pepper and olive oil.

This is a well-established practice at independent restaurants, many of which are making their own hot sauces, but new types of heat are spreading to chains, too (and of course the hot sauce bar is a signature feature of Firehouse subs).

The Korean hot-sweet chile paste gochujang was on the Korean street tacos at California Tortilla earlier this year, and Noodles & Company is rolling out Korean meatballs with gochujang in 2016. If you see “Korean barbecue sauce” on a menu, chances are good that it’s gochujang.

There probably won’t be a single hot pepper or pepper sauce to replace Sriracha, but instead a proliferation of varieties to suit each restaurant and its customers.

Mushrooms cost less than meat, are low in calories, have micronutrients and are umami bombs. Grind them up finely, mix them with ground meat, and you have a nice, flavorful, lower calorie burger.

It’s an idea that, not surprisingly, the Mushroom Council has been pushing for a few years now, and it’s starting to catch on. College foodservice operators are starting to introduce them, and the feedback has apparently been good. Restaurants looking for lower calorie burger options as menu labeling rules come into effect at the end of 2016 will likely follow suit with these blends or similar burger hybrids.

Back Yard Burgers has done something like that for its Mediterranean Chicken Burger, offered as a limited time offer in November. It mixed ground chicken with spinach, mozzarella, quinoa and peppers. That patty was served with crumbled feta cheese, lettuce and tomato on flatbread.

I’ve been waiting for this to happen for years, and maybe in 2016 it finally will. We know snacking is on the rise. So are smoothies and other drinkable foods, as well as miniature desserts. So why hasn’t anyone offered these quick pick-me-ups for mid-morning snacks or those 4pm low-energy moments: 4-ounce milk shakes of around 200 calories each, priced at around $2. It seems like a no-brainer.

Starbucks tested the waters a bit this past spring with the Mini Frappuccino — a 10-ounce version of its signature smoothie, priced at 20 cents to 30 cents less than its 12-ounce “tall” Frappuccino.

Sure, some wine drinkers — a lot of them — will always drink Chardonnay or Pinot Grigio or Cabernet Sauvignon or White Zinfandel. But those looking to explore have shown an interest in pushing the limits. Few American wine drinkers have been raised on classic varietals, so the adventurous ones are open to whatever you have to offer.

Many Millennials have shown an abiding interest in sweet wine, particularly Moscato, but that leaves the way open for off-dry Rieslings, and then maybe even dry ones. Young red wine drinkers are enjoying affordable Argentine Malbecs these days, but they’ll likely be open to a Greek Xinomavro, Uruguayan Tanat or even those affordable Romanian wines your distributor’s trying to unload. In the next year the wine drinker’s sense of adventure will likely continue to expand as evolving wine preservation technology allows all wine-serving restaurants to offer strong by-the-glass programs.

A number of chefs returned to butchering their own hogs and lamb years ago (beef less so). Then they started pickling, and now they’re fermenting their own kimchi, sauerkraut, potatoes (it tastes kind of like they were pre-treated with vinegar, they say) and just about anything else they can think of. House-made mozzarella’s almost normal in trendy Italian restaurants. Houses-churned butter used to be a rarity; now, not so much.

Some chefs have taken to milling their own flour.

Well, Priscilla Young, the beverage director for Travelle Kitchen & Bar in Chicago, is talking about distilling ready-to-drink cocktails (possibly like a very complex gin). I bet some chefs already keep their own goats to make cheese, and I wouldn’t be surprised to see mushrooms cultivated in their basements (I have no idea what the health code implications might be for that). In-house beer brewing, after booming and busting in the 80s and 90s, is coming back, and given the fact that The Culinary Institute of America just started its own microbrewery at its Hyde Park, N.Y., campus as an instructional tool, it looks like that practice will be around for awhile. 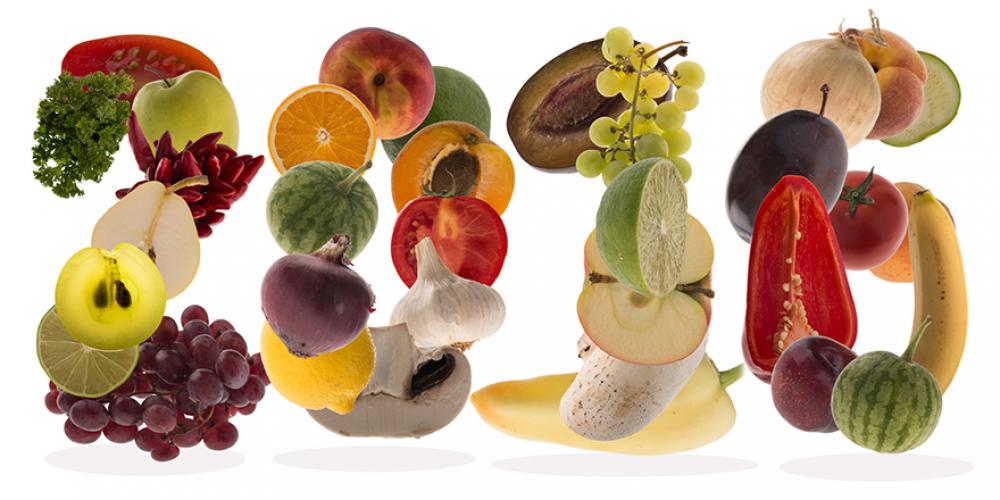 Next Up
Flavor of the Week: Spicy Honey
Start Slideshow ›