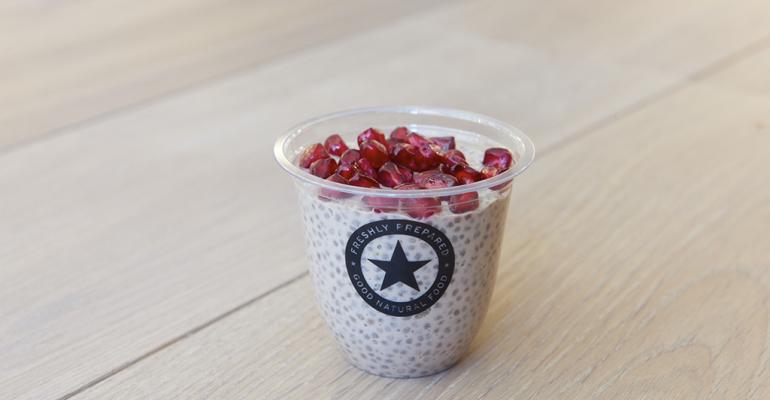 Blog: Reports suggest the chain is considering an IPO

There sure seems to be a lot of noise about a potential Pret A Manger initial public offering.

Last month, Reuters said that the chain’s private-equity owner, Bridgepoint, has chosen an adviser for a planned offering. On Wednesday, Bloomberg said the company was considering such an IPO. The offering would be in the U.S., rather than in the company’s home base in Britain.

We asked Pret last month if an IPO was in an offing, and they said simply that Bridgepoint is “committed to our long-term global growth plan.” They said nothing, in other words.

But it sure seems that Pret is headed in this direction. The London-based bakery-café chain last month released its financials. Its CEO, Clive Schlee, did interviews with members of the U.S. press. The company is clearly working to get more attention in the U.S.

The market has been dry for IPOs since 2015, when Fogo de Chao Inc., Wingstop Inc. and Bojangles’ Inc. went public.

An unsteady stock market has been one reason. But another has been weakness by many newer chains on the stock market. Once-hot chains like Noodles & Company have struggled since their offerings and could have made investors a bit skittish.

Yet restaurants have performed strongly on the public markets, providing the sort of elevated valuations that draw private-equity firms looking for potential exits like moths to a flame.

So the market for a Pret IPO is seemingly open right now. Earlier this year, another health-focused chain, Freshii, went public in its native Canada. That could open the doors for a Pret offering in the U.S.

Pret would give U.S. investors another health-focused chain at a time when consumers appear to be more willing to seek out better-for-you alternatives. U.S. sales increased 14 percent at Pret in 2016, and now total more than $200 million. The chain has 74 of its 444 global locations here.