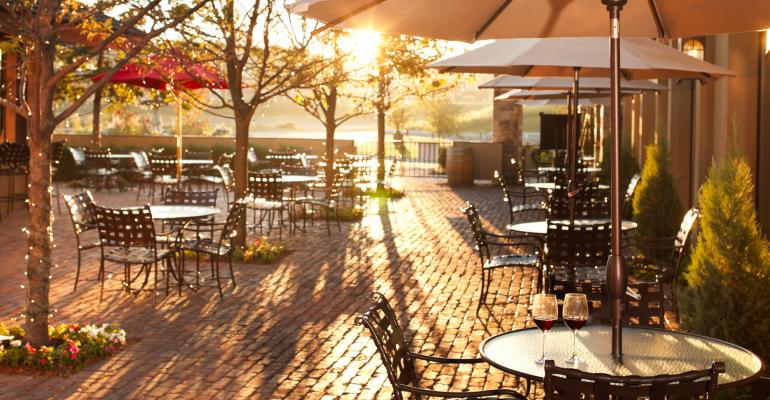 Steps operators can take to help eliminate mosquitoes in their restaurants.

As the weather improves, operators are preparing their outdoor dining areas, knowing that additional seating on the patio, deck or sidewalk can bring in as much as 30 percent more revenue over the spring and summer months. Vital to a pleasant al fresco dining experience for customers is keeping the area bug-free — in particular those irritating mosquitoes.

Beyond being considered annoying, blood-sucking mosquitoes are seen as one of the deadliest pests in the world — known to transmit many infectious diseases, including malaria, West Nile virus, encephalitis, dengue fever, yellow fever and Zika virus.

The Zika virus is known for causing flu-like symptoms, and while not regarded as being deadly, it is a threat to pregnant women as it can cause birth defects to the fetus. While Zika has been mostly a concern for people traveling outside of the United States, the U.S. Centers for Disease Control reported 5,234 cases in the United States between January 2015 and April 12, 2017. The majority of the cases were travelers returning from affected areas, but 223 were acquired through presumed local mosquito-borne transmission in the United States.

Now is the time to combat mosquitoes before these midge-like flies have a chance to harass outdoor diners on warm summer evenings, says Jennifer Brumfield, an entomologist for Western Pest Services.

“The earlier in the season you can start a mosquito program, the greater impact on their numbers you will see in August,” Brumfield says. “If you wait until then, you’ll get eaten alive.”

The time to begin battling the tiny, six-legged flying pests is when the temperatures stop dropping to below freezing in the spring. Although their numbers are not great then, mosquitoes are becoming active – emerging from their overwintering site and beginning to reproduce, laying their eggs in standing water, she says.

A thorough pest control action plan builds on the habits and habitats of mosquitoes, Brumfield says.

Mosquitoes live and breed in water, and they don't require a lot — a thimbleful is all a mosquito needs to complete a life cycle. The first line of defense is for operators to eliminate all sources of standing water in and around their restaurant, Brumfield says.

Sources can include a pothole in the parking lot, a tree knot, leaf debris, planters and the saucers that hold the plants. Operators should check the trash containers behind a restaurant — trash can lids, cigarette butt containers, crates,etc. Pest control technicians should treat any standing water that cannot be fully eliminated, Brumfield says.

Mosquitoes venture out at dusk to feed. During the rest of the day they loaf around in cool, dark places — the underside of leaves, tree bark cracks and crevices, anywhere shady. If a restaurant’s outdoor seating area is on a deck, mosquitoes may occupy the space beneath the deck during the daytime. Loafing areas should also be treated by a pest management professional.

For restaurants located near lakes or ponds with marshy shores and standing water, the best option may be to screen off the outdoor dining area, Brumfield says. A screened-in patio also might be an option if a restaurant is adjacent to neighboring properties with standing water issues beyond a restaurant owner or manager’s control.

When picking screening material, tiny holes are the rule of thumb. The mesh should be 1.3 millimeters in size to keep mosquitoes from flying through it, Brumfield says.

Outdoor ceiling fans also can help push mosquitoes away as they are not great fliers.

Talk with neighbors who have standing water issues and try to get them to work with your restaurant to help mitigate the mosquito problem, Brumfield says.

“Communication tools and team work are important as well,” she says.