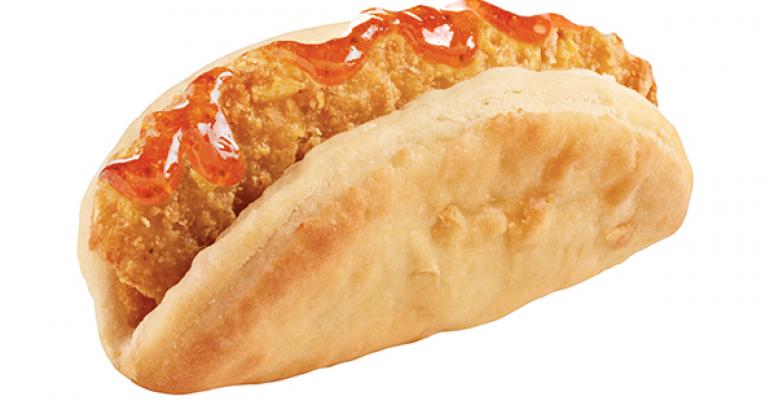 Taco Bell revealed Wednesday the offer of free Biscuit Tacos on May 5, or Cinco de Mayo. But the news of the giveaway wasn’t nearly as interesting as the way the brand announced it.

The social-media-savvy brand used Periscope, a new Twitter live-streaming mobile app, to make the announcement directly to fans. It showcased a new, albeit whistle-happy, social media channel for restaurant brands to explore in the ever-changing battle to engage younger guests.

First, there was giddy talk of the new Taco Bell unit in Tokyo (apparently even Katy Perry stood in line) and the new Diablo hot sauce, as well as a pitch for more signatures at Change.org for the creation of a taco emoji — all pressing issues of the day for fans of a certain (young) age.

You can take the girl out of America but you can't take the Taco Bell out of the girl, okuurrrr (also there was an hour wait fer it...Tokyo knows what's up!)

Then Taco Bell’s senior director of marketing, Amanda Clark, described as “the Goddess of the Biscuit Taco,” joined them for the Big News: May 5 was officially declared “Defector Day” — a reference to brand’s very creative breakfast defector ad campaign launched in March — when Biscuit Tacos will be given away for free from 7 a.m. to 11 a.m., one per customer.

Though Periscope only launched last month, it appears that Taco Bell’s fans are using it.

The video earned 4,931 hearts — the Periscope equivalent of “likes” — while it was live, and 453 replay views within three hours of the announcement. 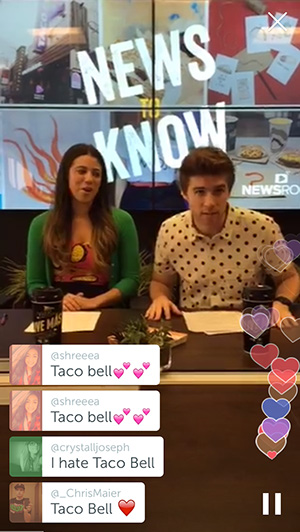 Twitter said in its recent earnings report that Periscope had 1 million users within the first 10 days after launch. It has already been banned by the NHL, so it has to be good.

For those who haven’t explored Periscope yet, the app literally whistles for your attention when someone you follow is streaming.

Periscope content, along with comments and hearts from viewers that appear during the broadcast, only endure for 24 hours, so the message is fleeting.

Of course, Taco Bell’s freebie campaign will be supported by a somewhat more permanent television ad, as well as efforts on other social media channels.

Periscope isn’t the only avenue for live streaming. Meerkat was a hit at this year’s South by Southwest festival.

Either way, Taco Bell demonstrated that live streaming can play a role in directly reaching consumers.