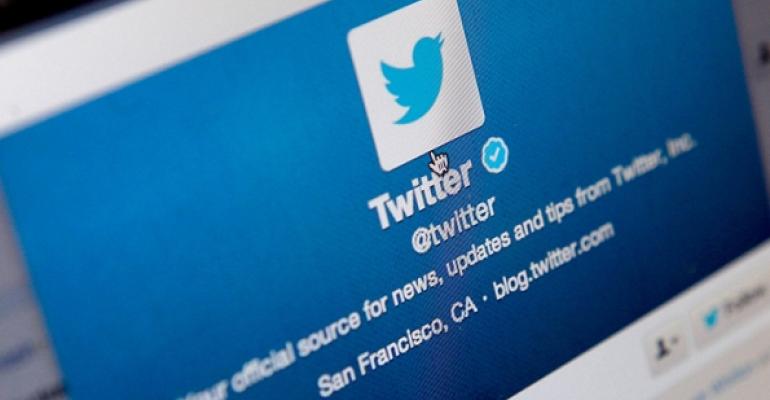 This is the third installment in a 3-part series examining how restaurant brands can use social media platforms, outside of traditional marketing functions. Also see how brands are using Facebook and Instagram.

Twitter maintains usage by a smaller audience of Internet users, when compared to Facebook and Instagram, but it increasingly has become a place where patrons complain or wax poetic about an experience in a restaurant.

A Pew Research Center study released in August found 23 percent of Internet users are on Twitter, and restaurant companies have found the platform a place where they can provide personalized customer service.

Bryan Segal, CEO of Toronto-based Engagement Lab, said, “Social media is the prime place for consumers to interact with brands.

“For QSR restaurants in particular, social media has become a place where they can differentiate themselves from their immense competition,” Segal said. “One area that we are constantly seeing them do this is by using social media to respond to customer inquiries.”

Engagement Lab offers analytics tolls that measure responsiveness to followers who might compliment or complain.

“By responding to followers, it not only creates engagement and but also builds brand affinity,” he said. “Social media is an avenue to create two-way conversation between brands and followers and QSR brands taking advantage of this avenue will help to build brand loyalty among consumers.”

Engagement Labs found Chipotle Mexican Grill was at the top of limited-service brands in responsiveness, followed by Pizza Hut and Chick-fil-A.

“All three brands had response times of under an hour,” Segal said.

Best practices, Segal said, include those by Chipotle, which responded to tweets by having the administrative staff signoff the tweets with a name. “This humanizes the response and makes the tweet more personal by continuing to build brand affinity among consumers,” Segal said.

Pizza Hut not only responds to customer questions but also reacts to tweets that mention the brand, along with signing off with the initials of the administrator that is currently replying.

@VictoriaAshely_ You can place an order anytime at https://t.co/4dX0onLwrm. ^DK

Segal said that best practices for restaurant brands on Twitter is to have two-way conversations in real time with followers, who are no doubt familiar with — if not fans of — the brand.

“For QSR restaurants, it is imperative to leverage the channel to answer consumer questions and respond to both negative and positive comments,” Segal said. “Simply acknowledging a negative tweet can put a consumer at ease and help to build on brand affinity.”