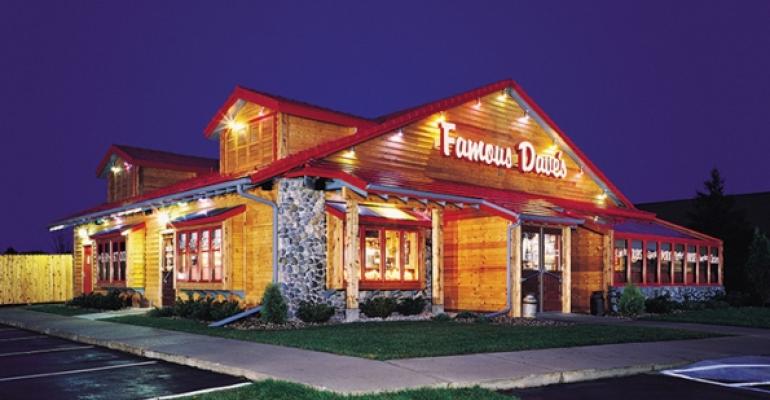 It was a tough year for Casual-Dining chains in the Second 100.

Joe’s Crab Shack also had a tough year, with domestic sales down 11.5 percent as it closed 18 restaurants, leaving it with 112 units and dropping it from 100th to 110th place. Parent company Ignite Restaurant Group Inc. has since declared Chapter 11 bankruptcy, and its assets will be auctioned in August.

But some Casual-Dining chains bucked segment trends and turned out strong performances.

Cooper’s Hawk Winery & Restaurant debuted in the Second 100 at 186th place, with a sales increase of more than 25 percent. The chain opened five restaurants, ending the Latest Year with 25 locations.

“We continue to grow unit-wise and such, but I think the secret to our success is we really focus on fundamentals,” Cooper’s Hawk founder and CEO Tim McEnery said.

That includes scratch cooking and continuously improving the wine program, based on wine that the Countryside, Ill.-based chain makes itself.

Such differentiation was the key to success for Casual-Dining chains in the Latest Year. The best-performing chains — from Cooper’s Hawk and its 252,000-member wine club to Miller’s Ale House’s focus on beer — were highly differentiated from their competitors. “We create a community here at Cooper’s Hawk,” McEnery said.

For instance, the wine club allows members to travel to wine-producing regions throughout the world with the chain, and also doubles as a loyalty program.

Cooper’s Hawk also benefits from robust wine sales — at around 18 percent of total sales — and a strong bar program with cocktails and craft beer.

“We’ve always been big on the wine sales, but as we’ve given the cocktail and beer program some focus, that’s really grown significantly,” McEnery said.

The chain also refreshed its menu with items such as an improved wine-and-cheese plate, now with candied bacon and house-cured figs, and crispy Brussels sprouts, which immediately became the chain’s No. 1 side dish.

“I think so many companies are so busy trying to over-market or over-trick the fundamentals of the business,” McEnery said. “The companies that continue to be very successful focus on the food, locations and people development. I think it works all day long.”

Kona Grill, with its distinctive grill-and-sushi menu, faced difficulties, but saw sales increase 18.5 percent in the Latest Year. The growth was driven by a 21.6-percent increase in unit count. The chain opened eight restaurants in the Latest Year, giving it a total of 45 locations.

CEO Larry Johnson said the chain benefited from the launch of the Bar Fogo menu. The lineup lets guests order cocktails and bar snacks rather than committing to the all-you-can-eat churrascaria experience that costs more than $50. The chain’s average check is around $58, Johnson said.

Fogo de Chão also introduced a Sunday Brazilian brunch in 2015, and extended it to Saturdays last year, with a lower price point of around $34.

In the second half of 2016, Fogo de Chão began experimenting with a Gaucho lunch, including the all-you-can-eat Market Bar for around $15. One of half a dozen proteins can be added for around $7.

All of the efforts helped drive traffic, which Johnson said has been rising for the past three years.

“It’s a lot of fundamentals, and focusing on executing those,” he said.