Maybe no battle in the restaurant business is as fierce as the quiet one being fought for the consumers of smoothies. Smoothie King is the biggest purveyor of smoothies, with $332.9 million — up 47 percent the past two years. Close behind, however, was Tropical Smoothie Café, which generated $314.2 million in sales, up 50 percent. Both gained share among Beverage-Snack chains in the Latest Year.

Two newer, smaller Family-Dining chains are on the rise. First Watch’s sales are up 71 percent over the past two years, and at Black Bear Diner, sales are up 35 percent. Those brands were the only ones in the 10-chain Family-Dining segment that gained market share in the Latest Year.

Every other Second 100 Family-Dining chain lost market share in the latest year, none more so than Friendly’s, which in two years saw its share of Family-Dining sales slip from 15.6 percent to just under 12 percent. The chain’s U.S. systemwide sales fell from $384 million to $305 million in the same period.

Not long ago, Quiznos was firmly in the Top 100, with thousands of locations and a growing piece of the sandwich pie. It is now the smallest Limited Service/Sandwich chain on our ranking, with a share of the Second 100 that has fallen from nearly 20 percent in the Prior Year to just over 10 percent in the Latest Year. Its estimated U.S. sales fell by 43 percent in that time. As a group, Limited Service/Sandwich chains’ share of the Second 100 sales grew slightly to 7.2 percent with the help of fast-growing brands, including Newk’s Eatery and Portillo’s.

Just two years ago, Blaze Pizza represented less than 3 percent of sales by Second 100 Pizza chains. In the Latest Year, that share was up to more than 13 percent. Blaze’s U.S. system sales grew more than five-fold over that time, from just $33 million to $183.7 million in the Latest Year.

Blaze was the only chain to gain market share within the Pizza segment in the Latest and Preceding Years, however, five of the six Second 100’s Pizza chains grew sales in that period, helping the segment as a whole steal share of total Second 100 sales. Blaze led the pack with 81.9 percent sales growth, followed by Hungry Howie’s at 10.4 percent.

As a group, Limited Service/Mexican chains’ share of Second 100 dipped slightly, to just over 5 percent. But within the segment, Café Rio Mexican Grill is taking a bigger bite of that share. The chain’s domestic system sales have grown by $34 million over the past two years. In that time, the chain increased its share of LSR/Mexican sales from 12.8 percent to 14.4 percent.

Chains that feature alcohol prominently appear to have an edge in a tough casual-dining market. Bar Louie, Cooper’s Hawk Winery & Restaurant and Miller’s Ale House were among the top Casual-Dining market share gainers in the Latest Year, all increasing their share of segment sales by 0.4 percentage points, to 2.8 percent, 1.9 percent and 3.7 percent, respectively.

9. Once-hot chains are falling away

Years ago, Romano’s Macaroni Grill was an admired chain owned by Brinker International. But years of weak sales, and a couple of ownership changes, have hit the concept hard. Its Second 100 Casual-Dining segment sales market share fell by 0.3 and 0.5 percentage points in the Latest and Preceding Years, respectively, as its estimated systemwide sales decreased by more than 20 percent, to $269.8 million, across those two years.

10. The Bakery-Cafe segment stumbles
Courtesy of Pret a Manger

The Bakery-Cafe segment’s share of Second 100 sales declined in the Latest Year, to 5.6 percent from 5.7 percent, amid challenges at the biggest chains in the market, Corner Bakery Café and Au Bon Pain. But British chain Pret A Manger continues to make way in the U.S. Its share of the Bakery-Cafe market has grown from 10.7 percent two years ago to 13.6 percent in the latest year. U.S. sales grew to $201 million in the Latest Year. 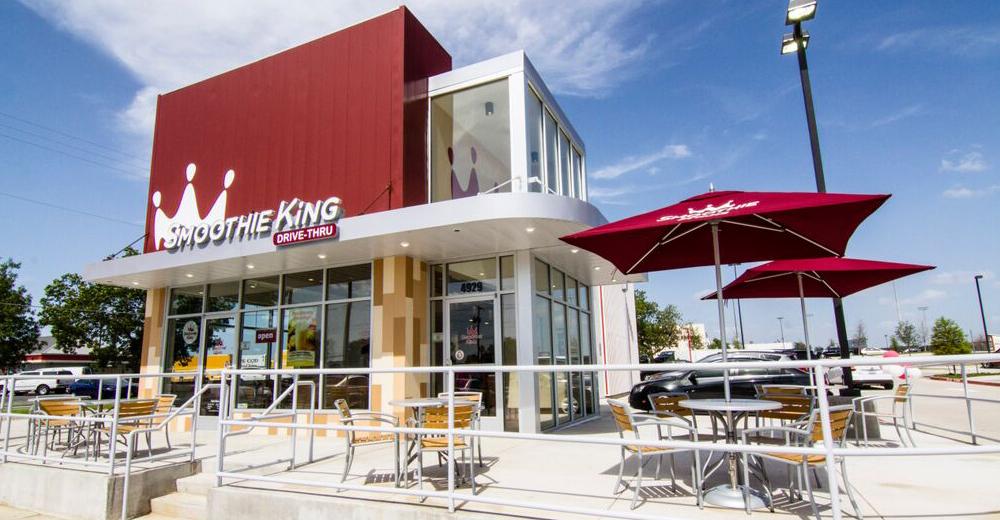