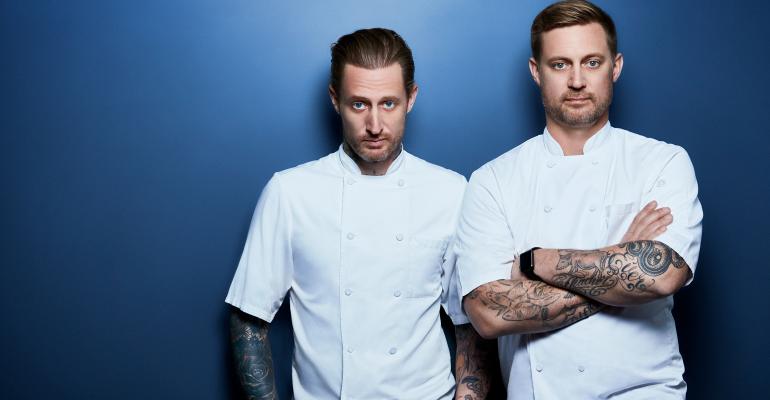 Michael and Bryan Voltaggio, brothers who are both chefs and restaurateurs, on Monday announced a new partnership to grow their fast-casual STRFSH concept with K2 Restaurants.

John Kolaski, CEO and owner of Los Angeles-based K2 Restaurants, said the group has taken a majority stake in the fast-casual seafood concept, which was launched in 2017 by the Voltaggios along with United Talent Agency. The restaurant is in The Gallery Food Hall in Santa Monica, at the heart of the high-volume Third Street Promenade, just blocks from the beach. 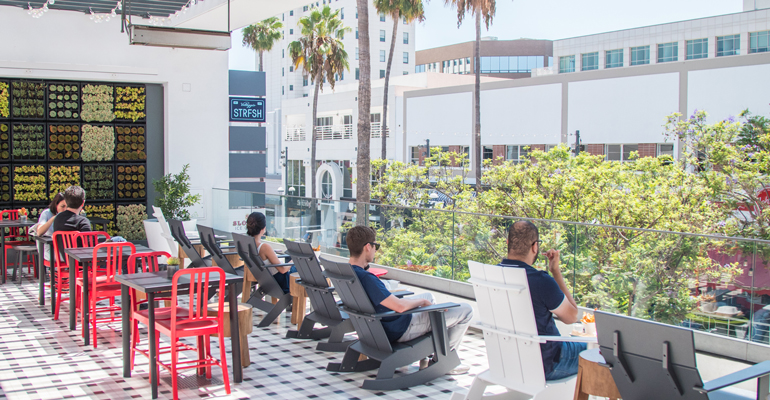 The goal is to open at least three new locations of STRFSH this year, with units planned for North San Diego County and possibly Nashville, Kansas City, Mo., and later spots on the East Coast, Kolaski said.

Terms were not disclosed. But the acquisition of STRFSH is part of a larger push by K2 into the fast-casual space.

“We want to grow and scale more concepts within this fast-casual world” in food halls, but K2 will also focus on vertical growth with standalone and free-standing restaurants, he said.

Kolaski’s group, for example, also operates Azulé Taqueria, which opened in October next door to STRFSH in The Gallery Food Hall.

A few weeks ago, K2 also took a majority stake in Paperboy Pizza, founded in the same food hall by restaurateur Jeremy Fall, who also operates the concepts Easy’s and Nighthawk Breakfast Bar in Los Angeles. 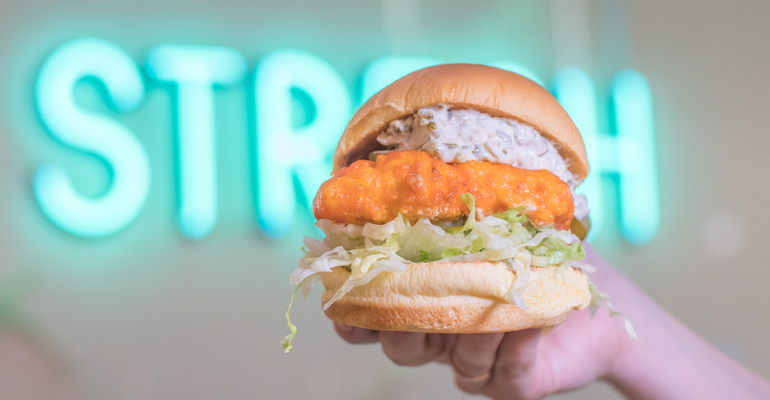 And coming soon to Santa Monica are two more K2-developed concepts: Supertoro, a Japanese build-your-own-bento-box concept with a menu around crispy rice and sushi rolls that deliver well; as well as Adelaide Coffee Bar, an Australian-style coffee concept that will focus on “the perfect latte, an incredible cappuccino and just the right ratio in a flat white,” Kolaski said.

There is more to come for K2, but Kolaski was not ready to offer details.

“We do see incredible opportunity in the food hall space,” he said. In particular, K2 sees an opportunity to offer delivery that could aggregate dishes from multiple outlets within one food hall, he added.

“We see that as the future to how food halls survive. We want to see vendors working together and not competing against one another,” he said. 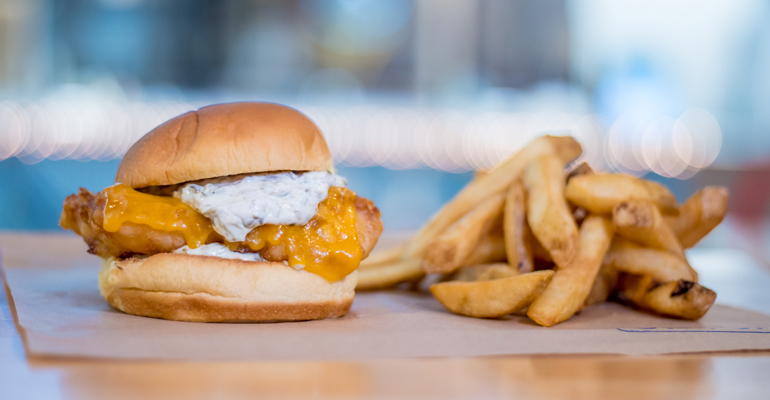 Last year, K2 helped launch the Pirolo’s Panino sandwich concept in Los Angeles, created by Miami chef Michael Pirolo, who is also developing a full-service restaurant in LA to be called Massima. But Pirolo’s did not stick as a K2 brand, Kolaski said.

Kolaski also said the group has another multiconcept location in the works in Hollywood, in the space that former housed Red O. Again, details have yet to be finalized.

In terms of STRFSH, K2 has worked with the Voltaggio brothers to expand the current menu, adding dishes like Santa Monica Hot Fish, a Nashville-hot variation of beer-battered Alaskan cod; and the Filet O’ STRFSH, a “nostalgic” beer-battered cod topped with cheddar cheese and tartar sauce. 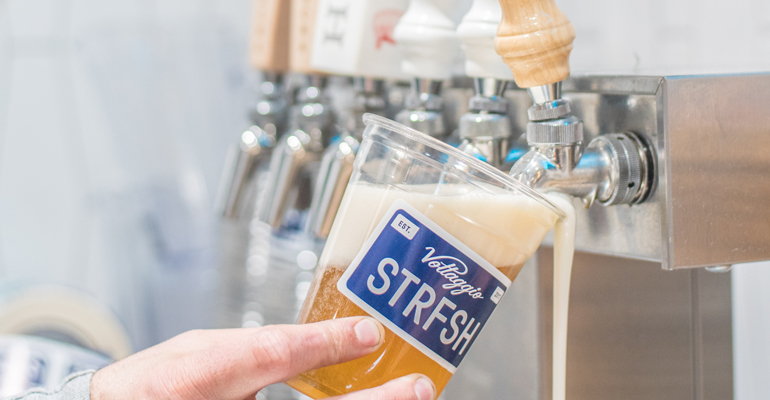 The seafood outlet will also expand its beer-and-wine offerings, and continue to add new dishes like a lobster roll, warm crab dip and a soft-shell crab sandwich.

Kolaski said the Voltaggios will remain deeply involved in the concept and menu as the brand grows. The partnership will also serve as a model for K2’s planned expansion across the country.

“The key for us is to have [the Voltaggios’] continued involvement, along with UTA, who worked with Michael and Bryan in creating the brand,” said Kolaski, the former president of the multiconcept operator Disruptive Restaurant Group. “Similar to what we’ve done with STRFSH, we want to partner with best-in-class chefs.”