/sites/all/themes/penton_subtheme_nrn/images/logos/footer.png
Recent
Recent
How restaurants are getting ready for the Super Bowl
Jan 31, 2023
New for restaurant labor in 2023? Optimism.
Jan 30, 2023
Erbert & Gerbert’s debuts new end-cap unit in Minnesota
Jan 30, 2023
How to create a personalized experience to remember
Jan 30, 2023
El Pollo Loco pushes envelope on menu as it expands
Jan 27, 2023
Featured
The emergence of mocktails
Jan 23, 2023
36 restaurant industry predictions for 2023
Dec 21, 2022
10 restaurant chains making waves in the breakfast space
Dec 14, 2022
How eco-friendly Seattle restaurant chain Just Poke is doubling in size in 2022
Nov 17, 2022
Seafood Expo
brought to you by 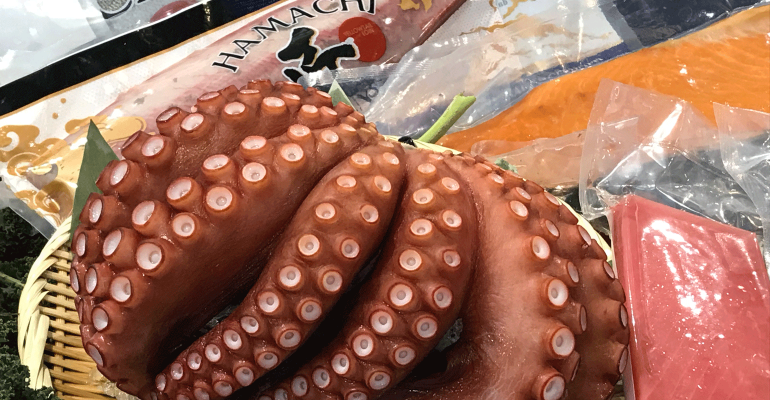 Consumers say they’d like to eat more fish and shellfish

Seafood’s presence on American menus is on the decline, but as more consumers try to consume less meat, opportunities abound for fish and shellfish to fill the gap, a menu trend expert told attendees of Seafood Expo North America in Boston on Sunday.

Mark DiDomenico, director for client solutions at menu research firm Datassential, said total mentions of seafood on menus, as measured by his company’s MenuTrends menu monitoring service, had fallen by 4% over the past four years, driven by drops at quick-service and fast-casual chains.

Meanwhile, consumers who call themselves “meat eaters” was down by 16% over the past four years and those who self-identify as “flexitarians,” eating meat but having meatless meals once or twice a week, was up by 6%. Non-meat eaters, comprised of vegetarians, vegans and pescatarians, was up by 2%, he said.

“What seems to be grabbing the headlines is plant-based proteins,” DiDomenico said, which include the Impossible Burger and Beyond Meat, which have been spreading rapidly on menus.

Nonetheless, seafood has wide appeal, he said: 42% of consumers surveyed said they’d like to eat more seafood as a replacement for meat, providing opportunities for restaurant operators and for the seafood suppliers and distributors attending the show. 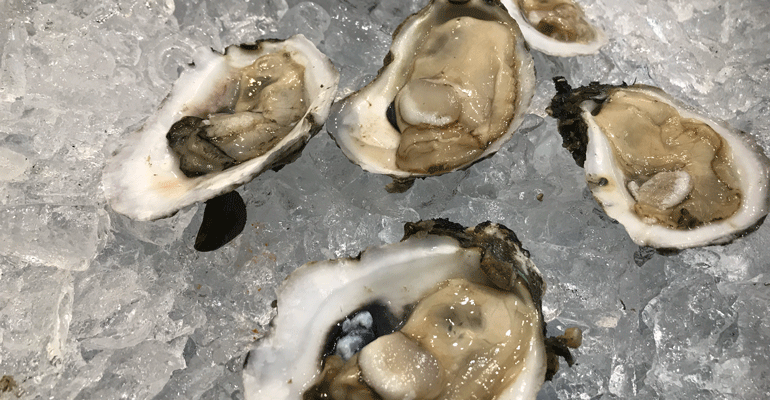 DiDomenico said breakfast in particular was a daypart of opportunity. Although only 3% of people surveyed said they’d had seafood for breakfast in the past week, its presence is increasing on breakfast menus, particularly in the form of lox & bagels, shrimp & grits and eggs Benedict topped with salmon or shrimp instead of Canadian bacon.

DiDomenico said he thought the decline in seafood’s presence was due to the fact that operators weren’t necessarily aware of the wide variety of applications for seafood. He said half of operators who buy fresh fish freeze it, possibly because they only use it in one dish.

He said operators were trying new types of seafood. Although salmon and tuna remain the most frequently menued fish, followed by cod at a distant third, those with the fastest-growing presence on menus are branzino, redfish, Arctic char, big eye tuna and barramundi.

Similarly, shellfish most frequently mentioned on menus are the ones that would be expected: shrimp, crab, squid (presumably mostly as fried calamari), scallops and lobster. 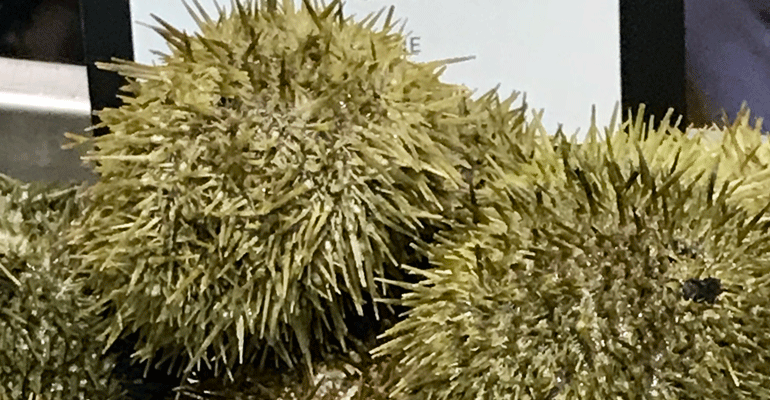 When it comes to trending flavors that are being applied to seafood, DiDomenico said they are similar to those used with other proteins. Consumers are looking for bold, international flavors, and he said they’re looking less for specific nationalities and more toward specific dishes: They don’t go out for Mexican or Japanese, he said, they go out for tacos or ramen.

He said, as with many foods, consumers are looking for “safe experimentation” with seafood, so we can expect to see more items like seafood jerky — because people know what jerky is and they can easily imagine it made with seafood instead of meat — and sushi burritos, which are essentially large hand-held sushi rolls.

“They want to try something new, but they want to know what it is,” he said.