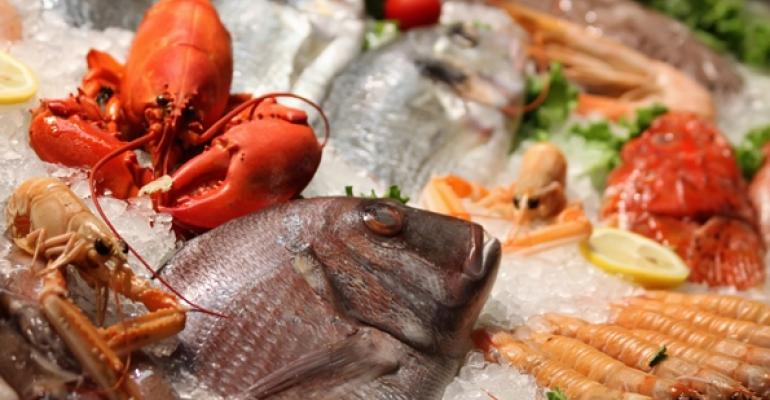 Americans ate more seafood during the period this year than in previous years, GrubHub finds

The company looked at sales from more than 18,000 restaurants in more than 500 cities. It found that the number of people forgoing meat on Fridays during the 40-day Lenten period, as required by the Roman Catholic Church, had increased by about 20 percent since 2011.

About 24 percent of the U.S. population is Catholic, according to the Pew Forum on Religion & Public Life. Many restaurants cater to that population by introducing seafood specials during Lent, the 40-day period before Easter.

Orders of meat on Lenten Fridays from Feb. 15–March 22 declined 3 to 5 percent, the company reported. The changes were most significant in Chicago, Boston and New York City, which all have large Catholic populations, according to Pew. In those cities, fish orders increased 8 to 10 percent.

In Washington, D.C., and Philadelphia, fish orders rose by around 5 percent on Fridays, while meat orders fell by nearly 4 percent, GrubHub said.

There were minimal changes in ordering patterns in San Francisco and Los Angeles.

Tuna, including yellowtail, made up 15 percent of seafood sales, followed by salmon at 12 percent and calamari by 4 percent. Salmon sales were flat, GrubHub found.

There was considerable regional variation in seafood choices during Lent. Bostonians ordered 50-55 percent more crab than the rest of the country, and they also accounted for about 10 percent of the nation’s lobster orders during Lent.

Chicago accounted for about 50 percent of all catfish sales, nearly 30 percent of scallop orders and about 60 percent of tilapia orders.