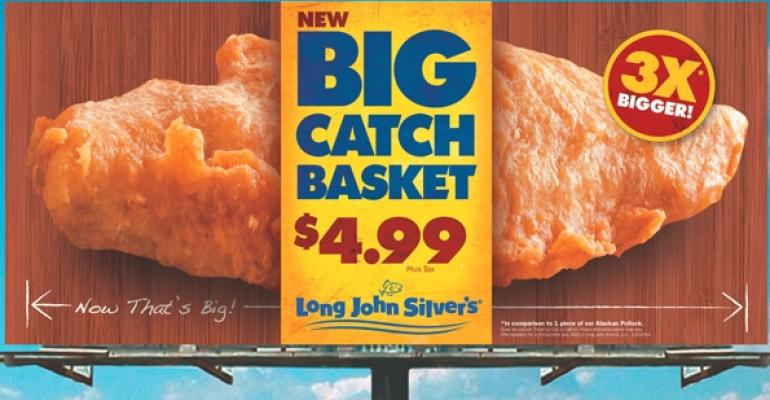 Unlike the tales most fishermen tell, Long John Silver's latest limited-time offer, the Big Catch, does not involve exaggeration of its size.

The Big Catch is a piece of wild-caught haddock three times the size of the 1,275-unit chain's regular whitefish fillet, and Long John Silver's will offer it in a basket meal for $4.99 through July, or until supplies run out.

“The Big Catch is a big menu item for Long John Silver's, not just in size but also in value,” chief marketing officer Charles St. Clair said in a statement. “It's the largest fish we have ever offered, weighing in at 7 ounces to 8 ounces of 100-percent premium haddock caught in the icy waters of the North Atlantic.”