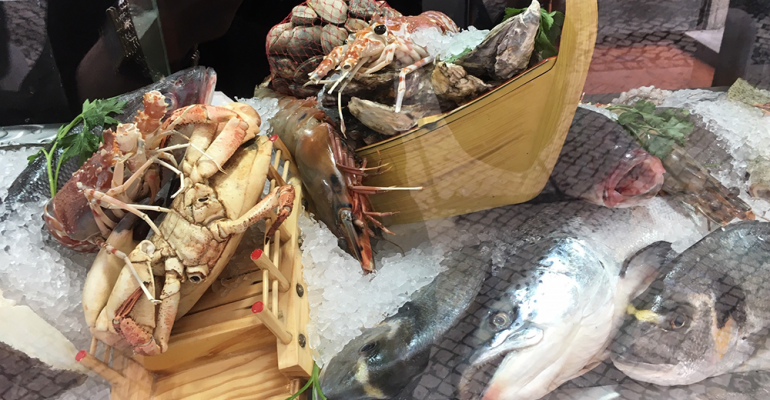 From cocktails to cod, Portuguese trends get stateside treatments

It’s easy to understand how Portugal went from shabby-chic flyover country to seriously chic travel destination. Accessible and affordable, it boasts all the requisite tourist delights: Gorgeous scenery and memorable art, architectural marvels both classic and contemporary, and friendly people who seem genuinely welcoming of travelers. What’s more, rapidly growing interest in its culinary heritage has helped to cement its position as the undisputed capital of Euro cool.

There’s gastronomic activity on many fronts. New York City chef-luminary Anita Lo has announced a culinary tour of the treasures of Portuguese cuisine in 2019, complete with ham carving, cheese tasting and biodynamic winemaking. In October, lifestyle magazine Bon Appétit ran an article under the banner headline “How Portugal Became the Greatest Place to Eat Right Now” that enthusiastically recounted the author’s dining and oenological adventures. 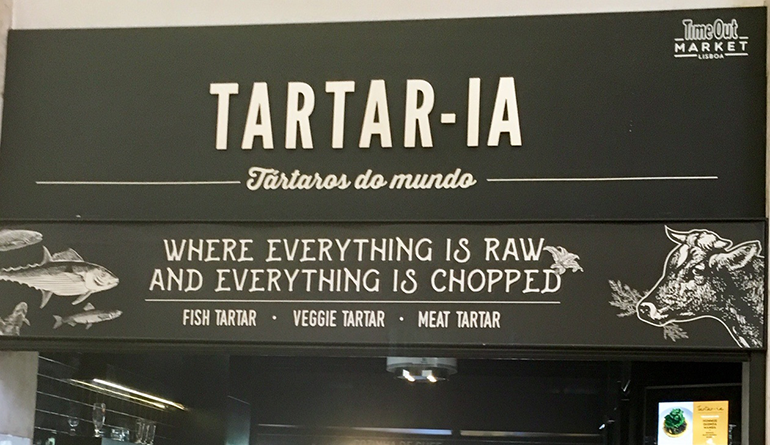 And Time Out, the blockbuster city-magazine-cum-travel-guide, having refined its food-hall business model in Portugal’s capital, Lisbon, with its madly popular Ribeira Market, announced plans to duplicate its success in Boston, Chicago and New York in 2019. Located adjacent to Lisbon’s historic food market, Ribeira Market boasts food stalls from three Michelin-starred chefs along with dozens of other food, drink, retail and entertainment venues. Among the more interesting vendors is Tartar-ia, which promises “high end fast food … where everything is raw and everything is chopped,” including fish, meat and vegetable tartares.

All of this activity and interest naturally gives rise to the question of crossover: Which Portuguese specialties might score with American consumers?

It’s in the can. When José Andrés, the Spanish-born chef and Nobel Peace Prize nominee, told an audience of restaurant pros a few years back that many of his preferred ingredients come out of a can, he elicited genuine surprise. Though his endorsement was at odds with the growing farm-to-table ethos, it makes perfect sense given the extraordinary quality and amazing abundance of canned specialties found throughout the Iberian Peninsula — comprised of Spain and Portugal — and featured at Portuguese conserveiras, shops devoted to canned foods.

Stylish restaurateurs here are giving them a trial run, as at Ink, an intimate new, 20-seat boîte in Atlanta, which promises a “focused experience in a calm environment” and a bill of fare that consists of imported, conserved foods including tinned and jarred meat, fish and vegetables from Portugal, Spain and Japan. In Asheville, N.C., the menu at the vermuteria, or vermouth bar, at Cúrate, a Spanish restaurant, includes canned cockles and mussels. Chef-owner Katie Button led a sold-out tour of the “real, rustic flavors” of Portugal this past fall.

Port of call. As the summer of 2017 approached, newspapers in the United Kingdom like The Independent and The Telegraph heralded Port and tonic as the drink of the season, the perfect warm-weather sipper. P&T, they declared, was set to replace G&T, gin and tonic, in the hearts and hands of British imbibers. By 2018, the beverage, which is made simply from white port mixed with tonic water and garnished with lime or blood orange, was making waves here. Last May, Fortune magazine predicted that it was poised to sweep the summer and to dethrone frosé (rosé wine frozen to slush) as the cooling cocktail of choice. While the article credited growing tourism to Portugal as P&T’s growth accelerant, it likely also benefits from the recent success here of spritzers. European bar staples made with Aperol or Campari combined with prosecco or soda, the fizzy, slightly bitter beverages have gained popularity as predinner aperitifs or easy-drinking pick-me-ups at any time.

Coming hard on the heels of P&T is M&T, Madeira and tonic, made from the other iconic Portuguese fortified wine. The bar menu at Expat in Athens, Ga., describes the quaff as a “Suppresor” (sic), a lower-alcohol drink perfect as an aperitif or for controlled imbibing. Garden & Gun Magazine, the award-winning arbiter of all things Southern, proclaimed the M&T as “perfect for the front porch,” a light-buzz refresher that makes it “easy to quench without consequences.”

Briny bounty. Sea-facing and seafaring, the Portuguese naturally embrace seafood of all kinds, and dazzling window displays of the day’s offerings at specialists like Restaurante Leão d’Ouro in Lisbon stop gawkers in their tracks. Among the staggering variety of aqueous delights, pride-of-place status on menus is reserved for bacalhau or cod. Introduced from northern waters centuries ago by Vikings, the ubiquitous fish is as prominent there as beef or bacon is here, and in like fashion, it runs the clock from early until late. At Krespo’s Taste of Portugal (below) , a restaurant serving brunch and dinner in suburban Atlanta, cod takes a starring role, and the most popular entrée on offer is Bacalhau com Natas, cod in cream. Equally notable, however, is the Pastéis de Bacalhau appetizer; the texture of this codfish fritter is ethereal, as light, airy and addictive as a dessert. 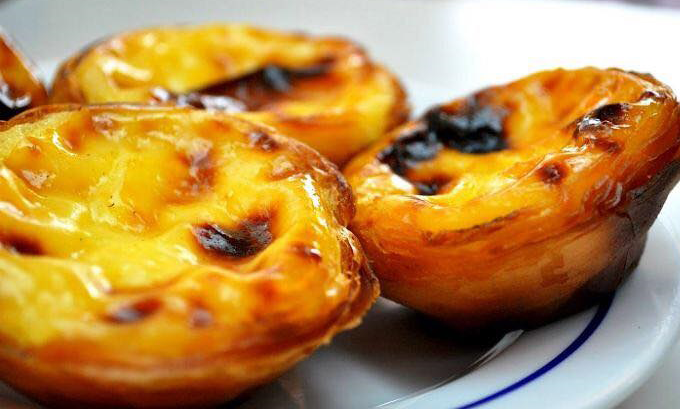 Speaking of dessert, the Portuguese don’t get the recognition they deserve for their very high-quality baked goods. Many breads and pastries like traditional Pastel de Belém were introduced by nuns and monks who fled France during the late 18th and early 19th centuries. The pastel, which resembles crème brûlée in a flaky tart shell, is perfectly accompanied by Port or Madeira — minus the tonic, of course.