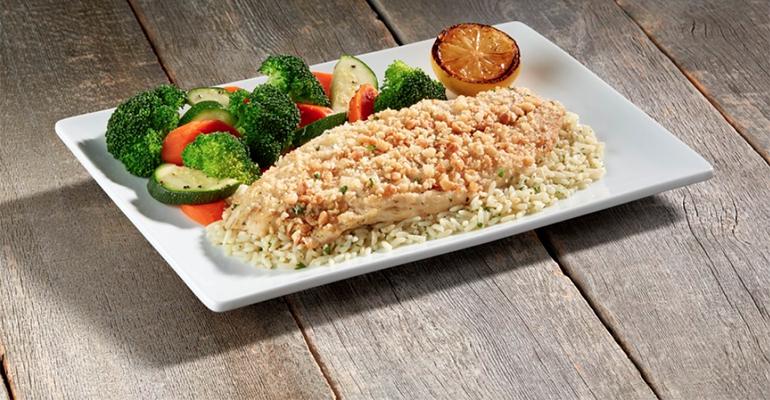 Chefs try to hook diners on seafood with limited-time offers

Americans have begun eating seafood more frequently, according to Datassential

American consumers have become more frequent seafood eaters in recent years, in part due to limited-time offers operators push around Lent, end-of-year holidays and seasonality, according to the latest research from Datassential.

To lure diners to order more seafood year-round, chefs and operators are taking a variety of approaches to limited-time seafood offers.

“Our restaurant is known for our amazing raw bar selection, so we wanted to make oysters more accessible to our guests,” said Nicholas Elmi, chef and partner at Royal Boucherie, an American Brasserie serving French-inspired fare in Philadelphia.

Royal Boucherie is offering buck-a-shuck oysters for a limited time this spring and summer. Available on weekdays between 4 p.m. and 7 p.m., the dollar-apiece oyster selection changes weekly and includes varieties such as Raspberry Point, Duxbury and Cape May. The seasonal halibut specials at Water Grill include dishes made with spare fish parts, including this Tempura Fried Halibut Cheek Salad.

At the various locations of Water Grill in California and Texas, the menu includes a “First of the Season” section featuring limited-time seafood dishes. Currently, there are several dishes featuring all parts of the Alaskan halibut, available now through the end of halibut season. Items include pan-roasted halibut cheeks with local artichoke, aged Parmesan and basil and marinated halibut collar with braised vegetables and red miso.

“We are excited to use the entire animal. It’s part of our dedication to having a sustainable program,” said Damon Gordon, culinary director of King’s Seafood Company, which owns Water Grill and several other seafood concepts. “These dishes have been tremendously successful.”

But LTOs can do even more than just sell additional seafood in the short-term.

According to Datassential’s 2017 Seafood Keynote Report, seafood LTOs also “offer longer-term benefits by identifying breakout LTOs to return at other times or be added to the permanent menu.”

Chef Tamra Scroggins has seen this idea at work at Sizzler, the Mission Viejo, Calif.-based steakhouse chain. For example, the Cilantro Lime Barramundi dish Scroggins served for a limited time last year was such a hit that it was added to the menu year-round. The success of that dish inspired Scroggins to create a Macadamia Nut Barramundi LTO, available through April 26.

“Barramundi is an emerging fish species for the American palate,” Scroggins said. “It might take a little coaxing of our guests to try a fish with an unusual name, but once they’ve had a taste, they are hooked to its sweet and mild flavor, which is why we ultimately elevated our Cilantro Lime Barramundi dish and added a savory macadamia nut crust for this LTO.”

From April 20-28, Verstegen is offering the LTO as a way to introduce diners to sustainable alternatives of familiar species that are equally delicious but not yet in the common fish vernacular.

To further the cause, for Earth Day, on April 22, as well as all nine days of the LTO, all proceeds from the special prix-fixe offer will benefit the Monterey Bay Aquarium’s Seafood Watch program. Chilled Whole King Crab for a dozen or so guests, available for a limited time at Shaw’s Crab House in Chicago.

Meanwhile, the approach at Shaw's Crab House in Chicago is to go big — really big — as in an off-menu, limited-time special of whole red King crab that serves about 12 diners. The giant crustacean, which requires 48 hours of notice to order, comes chilled with housemade accompaniments, such as mustard, mayo and lemon, and includes a seasonal amuse bouche for diners to enjoy while the crab is cleaned and shelled tableside.

“Shaw's has a history of being the first to introduce to the Chicago market new seafood items and experiences,” said Bill Nevruz, managing partner. “From oysters to river salmon to soft-shell crab, we are now proud to debut the whole Alaskan King crab served tableside.”

Correction: April 20, 2018  An earlier version of this story misstated details about the LH Rooftop prix-fixe menu. Proceeds from all nine days of the offer will benefit the Monterey Bay Aquarium’s Seafood Watch program.