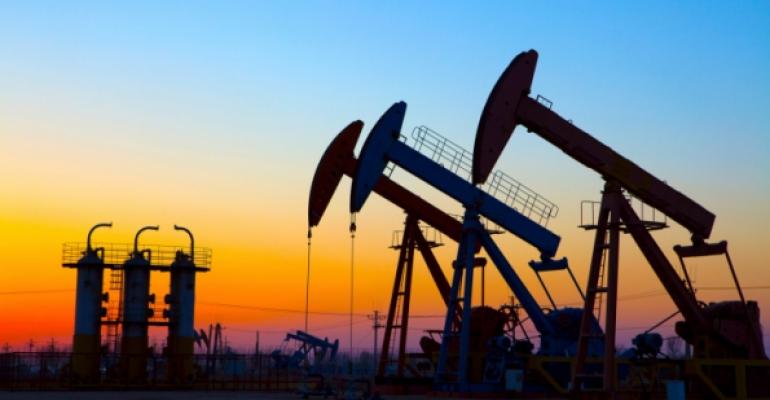 From Alaska to Texas, chains begin to note softness

As domestic oil and gas producers continue to see prices decline, restaurant chains are noticing a sales downside to the lower pump prices that consumers embrace so warmly.

In the past week, casual-dining companies as varied as Brinker International Inc. and Del Frisco’s Restaurant Group Inc. mentioned the negative effect that low oil prices have on dining sales. Less affected have been limited-service concepts such as Sonic Corp., which noted pressure in isolated markets in Texas. Other states mentioned include Alaska, Arkansas, Louisiana and Oklahoma.

Prices for international benchmark Brent crude oil have fallen below $50 a barrel, below levels that make production profitable. At its highest in July 2008, it was selling at $145.61 a barrel. The U.S. benchmark West Texas crude was selling at $46 a barrel earlier this week.

The lower gas and oil production prices have led a number of producers to make significant layoffs. These layoffs have increased unemployment and decreased disposable income in the effected regions.

Same-store sales in the region were down markedly in the third quarter ended in September from the April-June period, said Victor Fernandez, executive director of insights and knowledge at TDn2K, which produces Black Box Intelligence’s sales comparisons benchmarks.

“For Texas, it is the first quarter in over three years that we've seen negative comp-sales results and the worst results in comp sales and traffic for over three years,” Fernandez said.

Declines in third-quarter 2015 sales and traffic were the largest since the first quarter of 2014 for Black Box’s Southwest Region, which includes Arkansas, Louisiana, New Mexico and Oklahoma, Fernandez said. The same-store sales growth rate at restaurants in the region fell 1.8 percentage points from the second quarter, and same-store traffic declined 1.9 percentage points in the same period.

On Thursday, BJ’s Restaurants Inc. cited weak sales at its Texas restaurants for the “day-to-day choppiness” it was seeing in October.

Greg Levin, chief financial officer for the Huntington Beach, Calif.-based casual-dining chain, said in an earnings call that “much of the weakness continues to be in the Texas markets, which have been soft for us this year.” Texas is home to 32 of BJ’s 169 units, or about 20 percent of its same-store base, and Levin acknowledged “that’s been kind of a tougher market.”

“While we have been seeing pockets of softness within those regions for a while, the top-line challenges expanded during the quarter across Texas, Oklahoma, Arkansas, Louisiana,” Roberts said in an earnings call with analysts.

“It is usual for us to see that much regional variability.” The four-state region contains about 30 percent of the Chili’s units, he said.

Until this quarter, Roberts added, the sales softness had “been fairly isolated into really kind of those very specific smaller oil towns. And what we are seeing now is a broader kind of impact, if you will to the large geography and it’s moving. It moved into some bigger locales.”

Roberts added that Chili’s had tools to address some of the sales softness, including a modified marketing strategy.

“We’re really right now talking about, for example, a radio overlay that’s spot market-oriented, that really takes our happy hour program and puts additional weight behind it in those markets because we think that’s something that will resonate well in those markets and it can use the additional support that radio buy can give them,” he said.

Even Alaska, another big oil-producing state, has seen sales softness related to the oil price declines.

Mark Mednansky, CEO of Southlake, Texas-based Del Frisco’s Restaurant Group, noted in an earnings call last week that its Sullivan’s concept made a return to Anchorage and systemwide that concept posted a 1.2-percent increase in same-store sales for the most recent quarter.

“Our Anchorage Sullivan’s did reopen to full capacity during the past third quarter after a comprehensive remodel, which features an upscale bar, a nice dining room with a mid-century look,” Mednansky said. “We’re pleased that it generated positive sales despite all oil related headwinds in Alaska as it continues to be recognized as the premier steak house in that city.”

Mednansky added that “oil and gas people have been with us for years in Houston and Denver, in the Dallas market and Fort Worth. … Luckily, there is a great demand from other industries that want to dine with us during the holiday period.”

Among limited-service concepts, the effects of the oil prices remain less widespread.

Clifford Hudson, Sonic Corp. chairman, president and CEO, said Tuesday that the drive-in concept is not seeing it as a general problem.

“The only place where you could say that some sales are so much sluggish and they’re still positive is in some select stores in select markets in West Texas,” Hudson said. “Those still have positive sales trends, but Texas and Oklahoma generally we’re not seeing any material shift in business, we’re seeing our business being positive in all states, all day parts, ages of stores, etc.”

At the beginning of the year, the National Restaurant Association noted in its “2015 Restaurant Industry Forecast” that “a sharp decline in gas prices in the second half of [2014] allowed consumers to stretch their paychecks even further. After reaching a level of $3.70 a gallon on June 30, 2014, pump prices plunged nearly $1.50 to a level of $2.21 a gallon by the first week in January 2015.”

Correction Oct. 21, 2015: This story has been updated to reflect a data clarification from Black Box Intelligence on sales and traffic.

This story was also updated on Oct. 23 with more information.