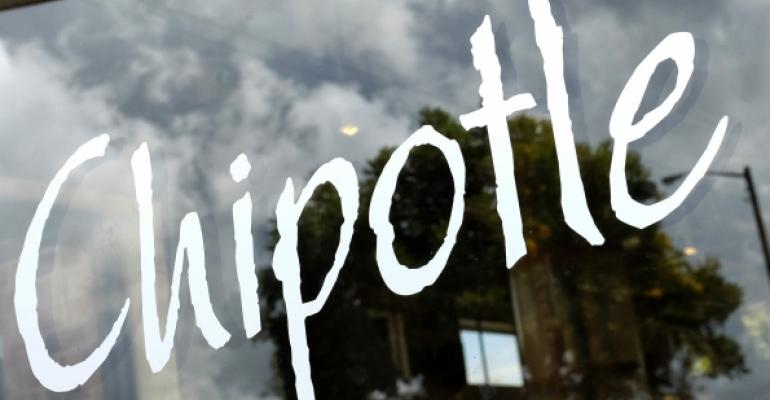 Chipotle sales continue to slow in 3Q, despite traffic increase

Pork to return to 100 percent of units by fourth quarter

Steve Ells, Chipotle founder, chairman and co-CEO, said the company’s pork carnitas has returned to 90 percent of the 1,931-unit chain’s restaurants, and will be back in all units by the fourth quarter.

Pork was not available at some restaurants this year after a supplier was suspended for not meeting the chain’s strict animal welfare standards.

“I am grateful for our customers’ continued support of our animal welfare standards, and want to thank them for their patience while we have worked hard to address this issue,” Ells said in a statement. “I am confident that we have the right food culture and people culture in place for us to continue our momentum.”

The company opened 53 new restaurants during the quarter.

Chipotle also benefited from a decrease in food costs as a result of declining avocado and dairy commodity prices, as well as menu price increases.

For the year, the company maintained its low-to-mid-single digit same-store sales guidance, and said an estimated 215 to 225 new restaurants would open, an increase over prior projections of 190 to 205 units.

In fiscal 2016, Chipotle expects same-store sales in the low-single-digit range, as well as the opening of 220 to 235 new restaurants.

In addition to its namesake brand, Chipotle operates 11 ShopHouse Southeast Asian Kitchen units and is an investor in three Pizzeria Locale restaurants.