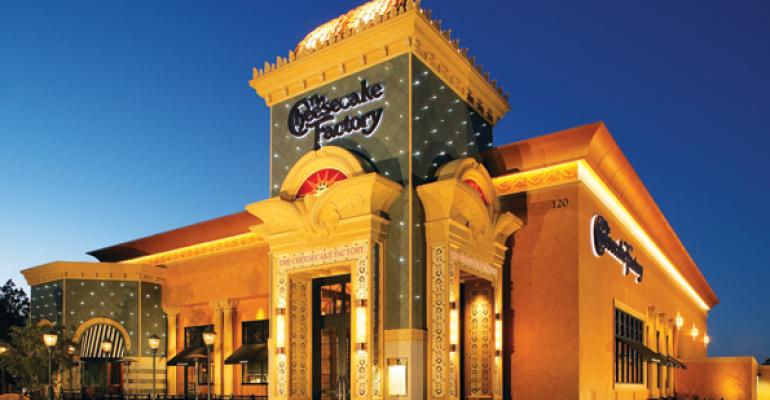 Company on track to open five more restaurants this year

The casual-dining operator recorded a pre-tax, non-cash charge of $6 related to the impairment of the one-off RockSugar Pan Asian Kitchen during the quarter. Excluding that charge, net income was $29.8 million, or 59 cents per share.

“The consistency of our results continues to be evident as we delivered our 23rd consecutive quarter of positive comparable sales,” David Overton, The Cheesecake Factory Inc. chairman and CEO, said in a statement. “We successfully lapped our most difficult sales comparison of the year and continued to exceed the performance of the casual dining industry overall during this past quarter.”

The Cheesecake Factory is on track to open 11 company-owned restaurants this fiscal year, including five units during the fourth quarter. Internationally, three restaurants will open in the Middle East and Mexico under licensing agreements.

The Calabasas Hills, Calif.-based company operates 195 restaurants in the U.S. and Puerto Rico, including 182 under The Cheesecake Factory brand; 12 under Grand Lux Café; and one RockSugar Pan Asian Kitchen.