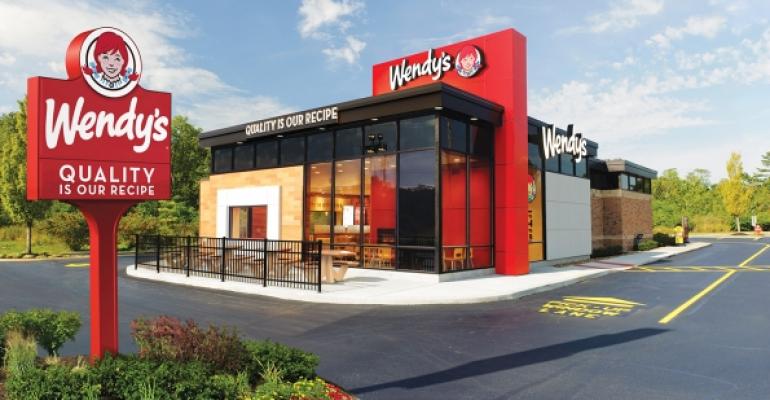 “We stressed the importance of a balanced marketing approach,” CEO Todd Penegor said on the company’s earnings call Wednesday. He said the company has focused on “profitable customer count growth” by highlighting core menu items and its 4-for-4 discount offer giving customers four items for $4.

Those efforts helped drive improvements in consumers’ views on the company’s quality, Penegor said, as well as its value perception.

Wendy’s also used a summertime promotion offering the chain’s popular Frosty for 50 cents. Penegor said the company outperformed its competitors in the quick-service sandwich market the last seven weeks of the quarter — a period that coincided with that offer.

Wendy’s performance in the quarter was the 15th straight increase in quarterly same-store sales.

The company’s improvement is beginning to inspire operators to build new locations. The company opened 28 new restaurants during the third quarter and expects to deliver the first positive year of net new developments since 2010.

Wendy’s has been aggressively selling company-owned restaurants to franchisees in what the company calls “system optimization.” The company is on track to close on the sale of 315 locations by the end of the year, on top of the sale of 227 locations in the second half of 2015. That will get the 6,000-unit company to its goal of 5-percent company-owned locations.

The impact of the company’s refranchising can be seen in its financial results.

Revenues, for instance, fell 21.7 percent in the period to $364 million, from $464.6 million, thanks to the decrease in company store ownership. More of the company’s revenues came from royalty and rent payments from franchisees — that increased 28.2 percent to $135.4 million from $105.6 million.

Adjusted EBITDA, or earnings before interest, taxes, depreciation and amortization, or cash flow, increased to $100.2 million from $99.7 million even though the company operated fewer restaurants.

Wendy’s has been aggressively directing sales of restaurants to operators more willing to remodel and build new locations. The company has orchestrated 144 unit transfers through its “buy-and-flip” strategy this year.

And indeed, operators are on pace to remodel 600 locations this year, far more than the 540 locations they were expected to remodel this year. Remodels generate higher sales — same-store sales at remodeled restaurants tend to increase in the high single digits to low double digits. Rebuilt restaurants generate 20-plus-percent increases in same-store sales, executives said on the call.

“We’re confident we can continue the momentum,” Penegor said. “We built a stronger franchise system over the last several years that’s more healthy than ever and committed … to building a vibrant, growing system.”

Wendy’s performance in the quarter, an improvement over the chain’s second quarter results, came despite a challenging environment. Many restaurants have struggled with weak sales and traffic this year.

That weakness is expected to continue, and as such Wendy’s plans to limit price increases — despite higher labor costs.

“The consumer model is still under pressure,” Penegor said, noting that the chain’s balanced offerings give consumers a choice of paying more for quality or paying less to save money. “We need to take that under consideration. The right game now is to continue to drive more loyalty and have more customers in more often.”

​Correction: Nov. 9, 2016 An earlier version of this article misstated the number of restaurants Wendy's sold in the second half of 2015. The correct number is 227.