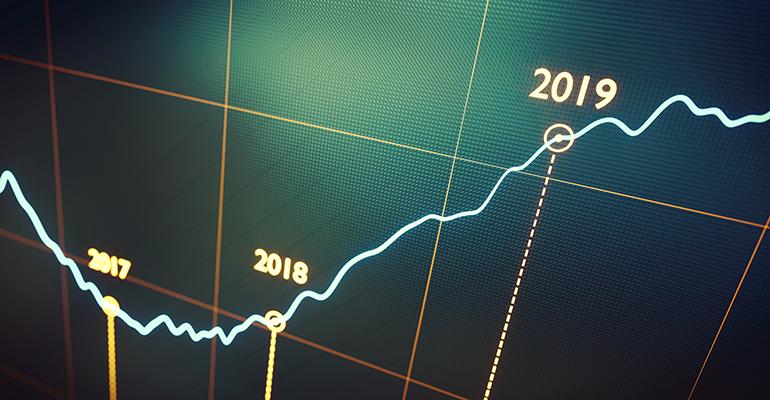 U.S. restaurant industry sales will reach a record high of $863 billion this year, up 3.6% over last year, according to a report released today by the National Restaurant Association.

“The growth rates for the industry are definitely more moderate than before the onset of the Great Recession in late 2007,” said Hudson Riehle, the Nation’s Restaurant Association’s senior vice president of the research and knowledge group, in an interview.

The Washington, D.C.-based industry group has made annual estimates of restaurant sales growth since 1970, Riehle said, and the compound annual growth rate between 1970 and 2019 is 6.4%.

“That’s a solid growth rate and definitely better than many other industries,” he said. “But the growth rate over the past decade drops to the high -4% range. So that is the environment going forward for the industry.”

Moderate sales growth means more restaurant operators will focus on getting additional, incremental sales and traffic gains, Riehle said, and they are turning to technologies to help.

“There’s a whole new variety of different venues by which typical operators can explore the application of technology against their operation to increase productivity and efficiency,” he said, with applications for back-of-house and front-of-house efficiencies as well as externally with consumer-facing engagement tools. 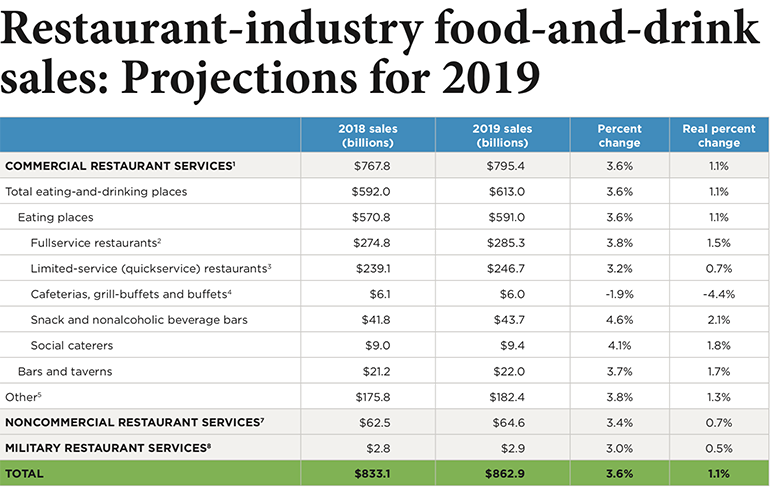 “One major development over the next decade for the industry will be how this technology is integrated to make sure this remains the ‘hospitality’ industry,” Riehle said.

In 2019, the State of the Industry report found operators were allocating more resources toward technology, Riehle said. Of those surveyed, as many as 70% of quick-service operators were looking make more investments in customer-facing technology — including digital ordering and payment and delivery models — this year. In fast casual, 62% planned to make such investments, with 59% in casual dining, 54% in family dining and 49% in fine dining saying the same.

More than half, or 51%, of consumer spending on food in the United States is allocated to restaurants, Riehle said, compared to 1955 when that was 25%.

About 90% of consumers like to spend money in restaurants, Riehle said, and the environment is becoming easier for those expenditures with more sophisticated with digital menu boards and kiosks.

Getting consumers to spend more will rely, he said, on tools like flexible pricing, which incentivizes sales in off-peak periods through video menu boards. Hotels and airlines have used that yield-management pricing for years, Riehle said, but it’s new for the restaurant industry.

“The consumer is receptive to it, so the industry can gain additional incremental visits,” he added, as well as allowing the operators to tailor menu offerings.

Some restaurants are also experimenting with meal plans, with customers paying a basic amount per month for a basket of goods and service with options to add on top, Riehle said. Colleges and universities now offer a dozen to 15 meal plans, and those will transfer conceptually to restaurants, he said.

The subscription models come after years of little change.

“How customers pay for the restaurant experience really hasn’t changed in a hundred years,” Riehle noted. “One out of two Americans uses a restaurant on a daily basis, and it is literally paid for at that point — either right before the experience or right after. Younger cohorts are much more amenable to — and have expectations for — a subscription model.”

Taking away “the pain of payment” from the experience will become more feasible primarily because of technology, he said. 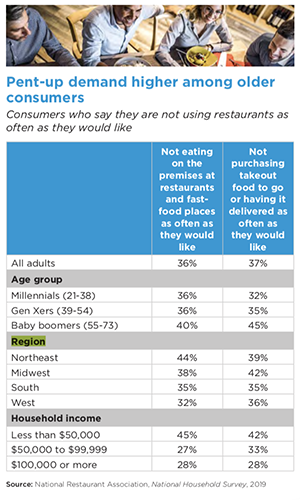 The Mountain and Pacific regions are projected to experience the highest population growth rates, one of the main factors in restaurant sales increases, over the next 10 years, Riehle said. However, U.S. Census Bureau projections for states in the Northeast and Great Lakes regions forecast less than 1% population growth.

“That makes it an entirely different operating environment than it is in a Mountain or Pacific location,” he said.

This year, however, all 50 states have positive sales growth projected for this year.

“From the operator perspective,” Riehle said, “is a relentless drive to constantly nudge and incent that consumer into the decision to spend in restaurants vs. retail.”

“Over the next decade,” he said, “technology will link restaurant spending with other consumer-spending categories.”

The NRA State of the Industry report is available to association members and available for purchase to non-members.