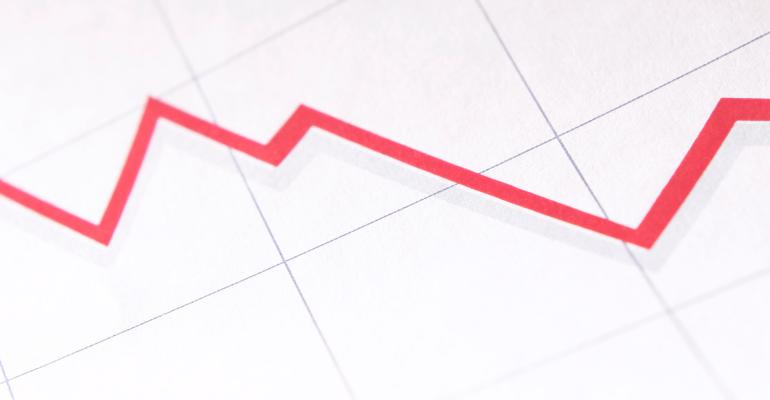 Sales and traffic decline in 2Q, but show improvement

There was good news and bad news for the restaurant industry in June.

First, the bad news: Same-store sales and traffic again fell in June and in the second quarter of 2017. Year over year, same-store sales have declined for the last six consecutive quarters.

These insights come from TDn2K data through The Restaurant Industry Snapshot, based on weekly sales from more than 28,500 restaurant units and over 155 brands, representing more than $67 billion dollars in annual revenue.

“This is likely the result of a combination of factors,” said Victor Fernandez, TDn2K’s executive director of insights and knowledge. “While economic indicators have been pointing to some improved conditions this year, the reality is that we are also lapping over some weak results in 2016, which make the comparisons much easier for the industry in 2017.”

Average check grew at the same rate in the second quarter as in the first quarter, rising 2.2 percent year over year. Average check has been growing more slowly since 2015, when it rose 2.8 percent. More modest increases are a factor in the continued softness in top-line results.

“Brands seem to be reluctant to implement significant price increases, given the current environment. Price promotions have been widely utilized, especially by struggling brands and segments to drive traffic,” Fernandez said. “Average guest checks for the bar-and-grill sub-segment of casual dining remain flat year over year for the first two quarters of 2017, while casual dining overall has seen its guest checks grow by only 1.2 percent.”

Employment and economic growth, while not robust, picked up in the spring.

“The surprisingly large June employment increase was largely due to outsized public sector hiring, which should unwind in the next few months,” said Joel Naroff, president of Naroff Economic Advisors and TDn2K economist.

“That is good news for other retail sectors, including restaurants, as credit growth is moderating,” he said. “The rise in debt payments has funneled money from spending on other goods and services. National retail sales data seem to be indicating the outflow from restaurants is ending, but an uptick in demand has yet to appear.”

Still, summer should be a strong season, as consumers have money to spend, but major effects won’t be seen yet for restaurants.

“Unfortunately, until wage gains improve, which so far continue to be disappointing, no major acceleration in spending at restaurants should be expected,” Naroff said.

However, even segments with positive same-store sales are growing through increases in average check, and not driving incremental visits. All segments saw guest counts fall year over year during the quarter. The increased competition for dining occasions both from within the industry (independent operators) and from other sectors (prepared food, meal kits, convenience stores and food trucks) continue to steal additional share from traditional restaurant chains.

The weakest segments based on second-quarter results were fast casual and the bar-and-grill sub-segment within casual dining.

Quick service, which was the best-performing segment in 2016, and among the top three segments in 2015, is now struggling to keep building on rapid growth. The segment has experienced three consecutive quarters of negative same-store sales.

Sales may be showing modest signs of improvement, but when it comes to finding and retaining enough qualified employees to staff the restaurants, the industry still faces an uphill battle.

According to TDn2K’s People Report, rolling-12-month restaurant hourly employee turnover increased again in May. Restaurant manager turnover is also on the rise, and is tracking at a 10-year high.

The unemployment rate continues to drop, and brands report that the majority of applicants are coming from competing restaurants. The result is pressure on wages, which are expected to increase in the upcoming quarters. Almost 75 percent of restaurant companies say they are offering higher wages as an incentive for potential employees.

The restaurant industry continues to create jobs, which signals expansion, but is adding to staffing woes. The latest numbers for restaurant chains show year-over-year growth in net number of jobs at 1 percent in May, after 1.9-percent growth in April.

“The real story is not average performance,” said Wallace Doolin, chairman and co-founder of TDn2K. “The sales-growth performance gap from the top quartile and the bottom quartile of table-service brands has grown to 8.4 percent in the second quarter of 2017. The gap for counter-service brands has risen to 10.9 percent. And at the trade area, DMA or county level, we see a widening gap of performance that is driven by more than just the marketing budget and remodels. At every level, we see retention of talent, adequate staffing and engaged employees predicting top or bottom quartile performance.”