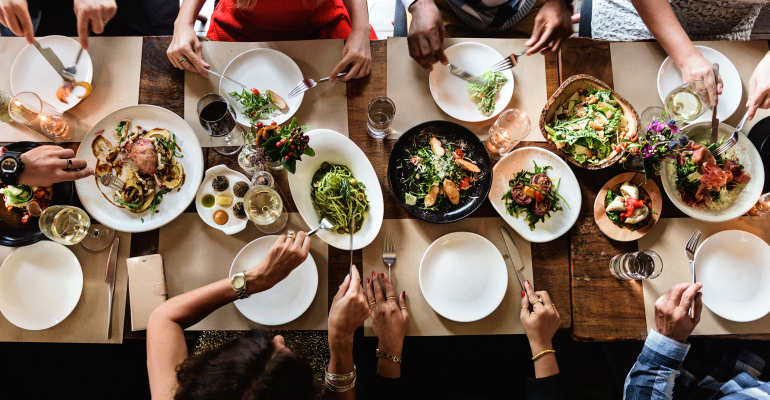 The restaurant industry produced encouraging top-line results in April. The 1.5-percent same-store sales growth was the strongest in the last 31 months. For perspective, the industry hasn’t recorded seven consecutive weeks of positive sales growth since December 2015.

These insights come from Black Box Intelligence, a TDn2K company, through The Restaurant Industry Snapshot, based on weekly sales from over 30,000 restaurant units, more than 170 brands and representing over $69 billion in annual revenue.

“We are seeing an uptick in restaurant revenue beginning with the fourth quarter of last year,” said Victor Fernandez, vice president of insights and knowledge for TDn2K. “Stronger economic conditions and high consumer confidence are certainly factors. However, this performance has to be considered against last year’s soft sales. A longer view suggests there are still significant challenges for the industry.”

As for bad news, it is impossible to ignore the fact that positive sales come from increases in average check, while guest counts continue to slide. Same-store traffic fell 1.4 percent in April. Even though this was the best month based on traffic in over two years, it highlights the fact that stopping the erosion in guest traffic remains the industry’s number one priority.

Restaurants should continue to get fair share of tax cuts

While first-quarter growth was somewhat disappointing, the economy is still growing solidly and should continue to do so, according to Joel Naroff, president of Naroff Economic Advisors and TDn2K economist.

“While wage increases are still not robust, they have been improving, and the gains from the tax cuts will continue to trickle through to households for the rest of the year,” he said.

The fact that personal income is rising modestly rather than surging could also help the restaurant industry.

“Households have enough additional funds to spend on a night out, but not enough buy big-ticket items,” Naroff said. “Thus, we are seeing a slowdown in vehicle purchases while demand for soft-goods and eating out is holding up well. Restaurants should continue to get their fair share, if not more, of the tax cuts. However, the limited portion of the tax cuts going to low- and middle-income households points to only a moderate rise in demand going forward.”

Beginning in mid-2017 and continuing into 2018, we’ve observed an increase in average check. Year-over-year growth in average check was 3 percent or higher during the last two months, compared with 2.4 percent for the last quarter of 2017.

TDn2K research has shown that top-performing restaurant brands grow average checks at a higher rate than underperformers. There is evidence that top performers have established a value proposition that allows them to pass along cost increases associated with higher operating expenses, especially labor.

Another consistent trend is off-premise consumption outpacing dine-in sales. In April, to-go, delivery, catering and banquet sales each outperformed sales growth for dine-in sales. Across industry segments, the percentage of total restaurant sales represented by these off-premise food categories has been growing. Consumer behavior is shifting and “on-the-go” has become an extremely important component of restaurant demand.

Also noteworthy during April was the robust growth in same-store beverage sales. This month’s beverage sales growth was the highest in over 30 months. This is another important metric to follow in the near future.

TDn2K studies have revealed that guests of both full-service and limited-service restaurants value beverages (either alcoholic for full-service restaurants or soft drinks for limited-service brands) as part of their restaurant experience. According to TDn2K’s White Box Social Intelligence data, top-performing brands based on sales growth tend to have a much more positive guest sentiment based on beverages than underperforming brands.

Fast casual, casual dining and upscale casual were top performers in April. Fast casual and casual dining continued to see a resurgence after years of underperformance. Both of these segments have year-to-date positive same-store sales growth and are the segments with the biggest improvement in sales growth so far in 2018, compared with the previous year.

Soaring turnover rates may have peaked

The national unemployment rate fell under 4 percent for the first time since 2000, reminding restaurant operators of how challenging the current labor environment is. But recent results published by TDn2K’s People Report reveal that skyrocketing turnover rates may have reached their peak and have now started to stabilize and even drop slightly.

“As with sales growth, these drops in the turnover rate have to be taken in context,” Fernandez said. “Turnover falling a few percentage points does not necessarily mean we’ve reached an inflection point. Turnover rates for both management and non-management employees are still the highest we’ve seen in well over a decade. We expect turnover rates to remain extremely high in today’s low-unemployment environment. Vacancy rates also remain historically high.”

Being able to better staff your restaurant can certainly pay off.

“Our data shows in the first quarter of 2018, guests’ online mentions revealed that service is a more important differentiator than food,” he said. “Nowadays, consumers can get a meal from many different sources, but they are saying that service is a key driver of their experience.”