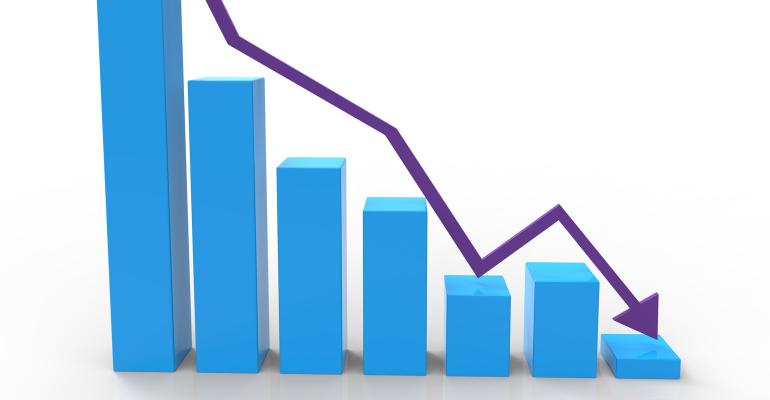 Restaurants end 2016 on a sour note

2016 closed on a sour note as December showed the industry’s weakest same-store sales performance in over three years.

This insight comes from data reported by TDn2K through The Restaurant Industry Snapshot, based on weekly sales from nearly 26,000 restaurant units and more than 130 brands representing $65 billion dollars in annual revenue.

“To put the second-half sales downturn into perspective, the only two quarters with comp sales worse than -1 percent during the last five years were the -1.1 percent in the third quarter and the very soft -2.4 percent results in the fourth quarter of 2016,” said Victor Fernandez, executive director of insights and knowledge at TDn2K. “Furthermore, restaurants have now posted four consecutive quarters of declining year-over-year sales.”

For the full year, same-store sales fell 1.1 percent, a 3.1-percentage-point decline compared with the previous year, and the weakest industry performance since the recession.

“The resurgence in economic growth that began in the summer continued into the fall and early winter,” said Joel Naroff, president of Naroff Economic Advisors and TDn2K economist. “Overall, total sales were solid for the restaurant sector as defined by the government’s food service and drinking places and takes into account the change in number of locations, but the slide that started early this year is continuing.”

Traffic is again the culprit

Restaurants continued to struggle with declining traffic, which again proved to be the biggest hurdle in the fourth quarter. December same-store traffic fell 6.4 percent, the worst monthly result in over five years.

In the fourth quarter, traffic declined 4.6 percent. The last time the industry saw a similar result was during the recession, in the third quarter of 2009.

On a two-year basis, 2016 sales grew 0.9 percent compared with 2015. Although positive, the change is a direct result of significant increases in average check driven primarily by price increases.

Black Box Intelligence research shows that prices have increased an average of 4 percent to 5 percent over the last two years.

“Without those price increases, many companies would have a very tough time maintaining sales growth and margins,” Fernandez said. “However, the question remains: Can brands continue to raise prices at the same pace in an environment of declining traffic and increased competition from alternatives such as inexpensive groceries, a new breed of independents and home delivery?” In December, the best-performing industry segment based on same-store sales was fine dining. This was also the only segment with positive sales in the month.

The weakest segments in December were family dining and casual dining. The year proved to be challenging for casual dining: It was the bottom performer in 10 of 12 months in 2016. Results were markedly worse for casual dining’s bar and grill niche.

“During 2016, consumers favored those segments on the extremes of average check, and it was the segments in the middle that were challenged,” Fernandez said. “The best-performing segments based on both sales and traffic were quick service, fine dining and upscale casual. In the case of same-store sales, these were the only segments with positive growth during the year. Yet none of the industry segments reported an increase in their guest counts during the year.”

After posting an average year-over-year growth in the number of restaurant jobs over 3.5 percent in the first half of the year, job creation slowed to a crawl in recent months. Based on TDn2K’s People Report, restaurant chain job growth was flat in October and November.

Turnover for hourly employees and all levels of management continued to rise in November, a trend that began at the end of the recession. Management turnover is particularly concerning, surpassing pre-recession levels and continuing to rise. At the brand level, TDn2K analysis consistently links higher restaurant management turnover with lower sales and traffic growth.

Rising labor costs are also top of mind for restaurant operators. In addition to the increasing costs directly and indirectly associated with employee turnover, 19 states are scheduled to increase minimum wages in 2017. Another factor that could have a considerable effect on costs during the year is the approved legislation regarding new overtime regulations. However, the new administration may provide a reprieve to the impending reclassification of employees and some potential mandated salary increases.

“As we gladly close out 2016 and focus on 2017, it is obvious we do not have positive momentum to begin the year. However, in spite of the macro environment, the story we will be able to unfold from our research, in our upcoming TDn2K Global Best Practices Conference later this month, is not all doom and gloom,” said TDn2K chairman Wallace Doolin “It is one of winners and losers that are not necessarily determined by the segment, nor the age or size of the brand. We believe that in 2017 and beyond there will be a widening gap in brand performance as the industry settles into the new reality of overcapacity in a share of stomach battle. The moneyball question will be: How do brands achieve coveted and profitable top quartile performance?”

An earlier version of this story included a graphic with incorrect same-store sales and traffic figures. The graphic has been updated.
TAGS: Finance Operations Workforce
0 comments
Hide comments
Related
Sponsored