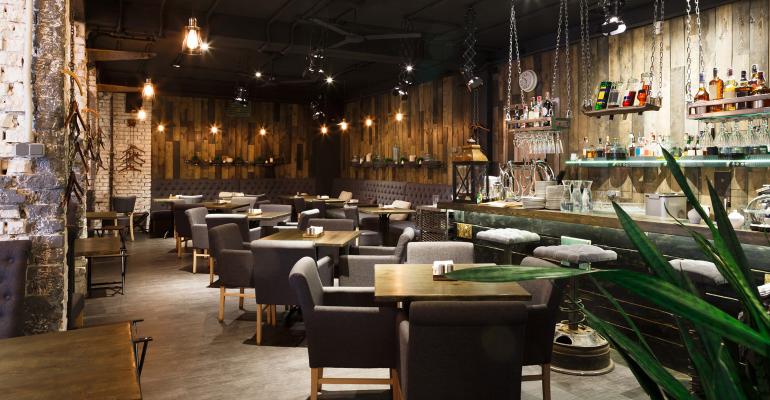 Restaurant sales rebounded in March, fueling optimism for improved results for the industry.

These insights come from TDn2K Black Box Intelligence data through The Restaurant Industry Snapshot, based on weekly sales from over 30,000 restaurant units, more than 170 brands and represent over $69 billion in annual revenue.

March numbers offset disappointing results from January and February. Same-store sales for the first quarter increased 0.1 percent over the prior year. The gain was slight and a small decline from the 0.4-percent increase in the fourth quarter of 2017. Nonetheless, this represents the first time since 2015 that the industry posted back-to-back quarters of positive same-store sales.

“Since the end of last year, we have been cautiously optimistic about what we believe is a strengthening in restaurant performance and increased consumer spending fueled by solid economic conditions,” said Victor Fernandez, executive director of insights and knowledge for TDn2K. “Even if the first two months of the year were soft, we believed there were external factors that overshadowed some underlying momentum. March’s results reinforce our view that we are in a period of gradual recovery for the industry. However, the upward trend in results will be modest at best until the industry solves its declining guest count problem.”

Consumers may be coming alive after a dormant winter.

“Vehicle sales rebounded in March and credit card debt is rising. It is likely that the retail sales figures for March will look very solid,” said Joel Naroff, president of Naroff Economic Advisors and TDn2K economist. “In part, the rise is being funded by the slow but steady impact of the tax cuts. But, more fundamentally, wage gains are accelerating as well. Personal income is increasing, providing the capacity to spend more.”

Demand is expected to consistently improve across retail products, including food away from home.

“However, a surge in spending is still not expected,” Naroff said. “Inflation is increasing, eating into spending power, and the rising debt is beginning to burden households. The expectation is that restaurant sales will accelerate as we move through the year and well into 2019, but don’t expect a surge in demand.”

Either through restaurants raising menu prices, relying less on price promotions, guests deciding to spend a little more when visiting a restaurant or a combination of these factors, the rate at which the average check increased year over year accelerated during the first quarter of 2018. Guests spent on average 2.8 percent more year over year during the quarter.

Guest check growth has been accelerating in recent quarters. The average for the first two quarters of 2017 was 2.1 percent, while for the second half of the year the average was 2.3 percent growth. This also supports the idea of consumers being willing to spend more in restaurants, given current economic conditions. Furthermore, TDn2K research has shown that top-performing brands have been able to get even higher growth in average spending per guest.

As was the case during 2017, the first quarter of 2018 saw segments with the highest average checks lead the industry in same-store sales growth. The fine-dining and upscale-casual segments have consistently shown strong sales growth and have indicated that consumers are willing to spend on restaurant experiences.

A recent TDn2K study showed that top performers over the past two years have differentiated their brands in three key areas: alcoholic beverages, ambiance and service. It is precisely in these three guest satisfaction attributes that fine-dining and upscale-casual brands are poised to succeed when executing correctly.

“However, perhaps the most encouraging news in the first quarter may be that two of the segments that struggled heavily during 2017 are showing some signs of recovery in 2018,” Fernandez said. “Casual dining and fast casual, each experiencing sales declines of 1 percent or more last year, recorded positive sales in the first quarter of 2018. Moreover, they have now achieved two consecutive quarters of growth.”

The pressure is on for back-of-house staff

As sales start to pick up for restaurants and traffic shows some signs of improvement, the question in many restaurant operators’ minds points towards their capacity to keep up with increased consumer demand from a staffing perspective. According to a recent study by TDn2K’s People Report, almost three out of every four restaurant companies reported being understaffed for customer-facing, front-of-house positions. For back-of-house positions, the situation is even worse. Virtually all restaurant companies said they are constantly understaffed when it comes to critical kitchen positions.

This is unsurprising, given the pervasive trend of rising turnover rates for both restaurant hourly employees, as well as those in management positions. People Report’s latest results found that non-management, hourly turnover rates increased again in February. For restaurant managers, rolling 12-month turnover rates remained flat during the month. This offers some sense of relief, no doubt, but is not expected to signify a reversal in the trend. Turnover for restaurant managers is at the highest it has been in recent memory and, given the very tight labor market and the intense competition for talent within the industry, management retention is expected to continue to be a significant headache for restaurant companies.

From a labor-cost perspective, wages and salaries are showing signs of accelerating their growth, as restaurants opt for offering additional financial incentives as a way to attract talent in this increasingly tough recruiting environment.

“Those brands that are more successful in their recruitment and retention strategies, the data shows, tend to also be those that do better in their top-line financial results,” Fernandez said. “More than ever, people need to be at the center of any successful restaurant strategy.”