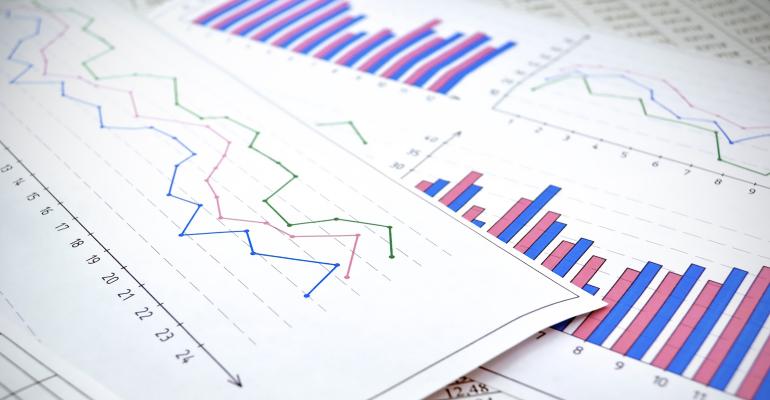 Restaurant sales fall in May as labor pressure builds

May was a disappointing month for restaurant chains: Same-store sales fell 1.1 percent, a decline of 0.1 percentage points from April, and the industry has not reported a month of positive sales since February 2016.

These results come from data by TDn2K through The Restaurant Industry Snapshot, based on weekly sales from over 27,000 restaurant units and more than 155 brands representing $67 billion dollars in annual revenue.

Same-store traffic declined 3 percent in May, a 0.2-percentage-point improvement from April. Although results were similar to the prior month, the growth in average check was lower compared with recent months, causing the drop in sales growth versus March and April.

“The industry is clearly still struggling, but there is some optimism based on the latest results,” said Victor Fernandez, executive director of insights and knowledge at TDn2K. “Both sales and traffic growth quarter-to-date at the end of May show improvements over the first quarter, and the second quarter is currently on track to post the best results we’ve seen for the industry since the third quarter of 2016.”

“However, at this point, we believe the most likely scenario for the current quarter will be an improvement over recent quarters, while still suffering negative sales given the current consumer spending trends,” Fernandez said.

“With little happening in Washington to alter the landscape for growth, it appears as if the economy will again expand this year at the same pace it has averaged for the past seven years, which is 2.2 percent,” said Joel Naroff, president of Naroff Economic Advisors and TDn2K’s economist.

That is enough to continue driving down unemployment rates and putting greater pressure on companies trying to expand and hire new workers. Wage gains are still accelerating slowly, though, limiting household spending power.

Recently, there has been an uptick in retail spending on most goods and services. That stands in stark contrast to the continued decline in restaurant sales growth.

Consumers appear to be maintaining their spending at restaurants but increasing it for other goods and services. This change in consumer spending patterns was identified about a year ago, and it’s unclear how much longer it will continue.

While overall sales continue to challenge most of the industry, there are pockets of opportunity. Dine-in sales have been negative year to date, but to-go orders are up 2.9 percent. Sales have also risen for catering, delivery and drive-thru orders.

From a daypart perspective, breakfast and mid-afternoon sales offer continued opportunities for growth, while lunch and especially dinner sales continue to stumble.

“Dining experience on one end and value and convenience on the other seem to continue to be key components of restaurant sales performance based on current consumer spending trends,” Fernandez said.

The weakest-performing segment in May was casual dining. This was a bit unexpected since the segment showed improved performance during the first four months of 2017, after lagging the industry for several years. Casual dining has added a modest number of new units, but same-store sales declines have contributed to its overall loss in market share.

Despite weak sales results year to date, fast casual continues to win the market-share battle. The segment gained the most share in the first quarter of 2017, compared with the previous year. Aggressive expansion has driven total sales growth, but increased competition and market build-out have undoubtedly impacted same-store sales. The only other segment that gained market share year over year was quick service.

In addition to what restaurants face in terms of falling guest counts and consumer spending, strong challenges continue to confront operators in both staffing and retaining qualified workers.

TDn2K’s People Report Workforce Index continues to indicate that operators are pessimistic about the difficulty of recruiting in the upcoming quarters. Part of the problem is that hiring for new restaurant positions has started to pick up again. The number of employees in the chain restaurant sector increased 1.9 percent in April, compared with the previous year, up from 1.5-percent growth recorded in March.

“The turnover numbers that we are reporting are stunning,” said Joni Thomas Doolin, TDn2K’s CEO and founder of People Report. “Many of the brands that we track are already facing unsustainable levels of staffing vacancies. Most alarming is the fact that over 70 percent of employees are leaving voluntarily as opportunities for better work increase.”

Meanwhile the overall labor market, which is nearing full employment, doesn’t hint at relief for operators any time soon. The consequences of turnover are well documented by TDn2K. Not only does it impact service levels and guest satisfaction, which correlate to traffic and sales, but it is also a huge source of additional costs that hurt the bottom line. According to a recent study by People Report, it costs an average $2,200 to replace a single hourly restaurant employee, while the cost of turnover for all levels of restaurant management is an average $15,000 per manager.

“The companies who are leading in the marketplace are starting by winning in the workplace,” Doolin said. “Being a great employer has never been more important.”