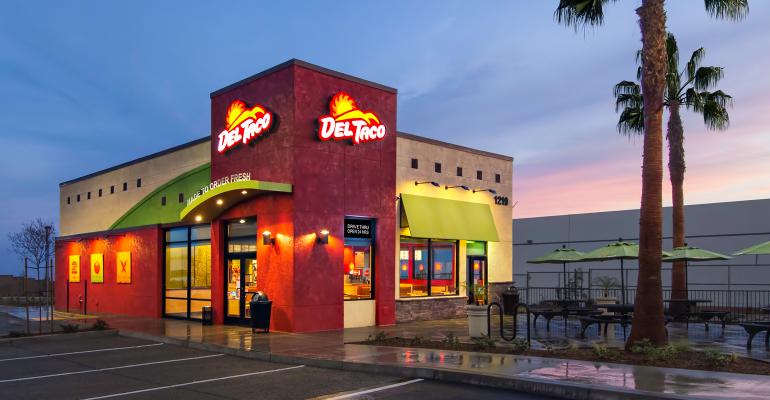 The Lake Forest, Calif.-based limited service brand also raised its sales guidance for the remainder of 2017.

“Strong product promotions during the fiscal second quarter, including our Jumbo Shrimp limited time offer, the refresh of our breakfast menu in March, and dedicated marketing windows for The Del Taco and Platos, resulted in outstanding growth in comparable restaurant sales,” said John D. Cappasola Jr., Del Taco president and CEO, in a statement.

The company said same-store sales at its company-operated restaurants grew 6.9 percent, and it raised its guidance for the full year to systemwide same-store sales growth of between 3.5 percent and 4.5 percent. Earlier guidance had given the range of 2 percent to 4 percent.

“With the onset of our fiscal third quarter, we began lapping our most successful product launch in brand history, The Del Taco, and yet our comparable restaurant sales remain strong, trending up double digits on a two-year basis through the first five weeks of the fiscal third quarter,” Cappasola said.

Del Taco has more than 550 restaurants across 15 states.