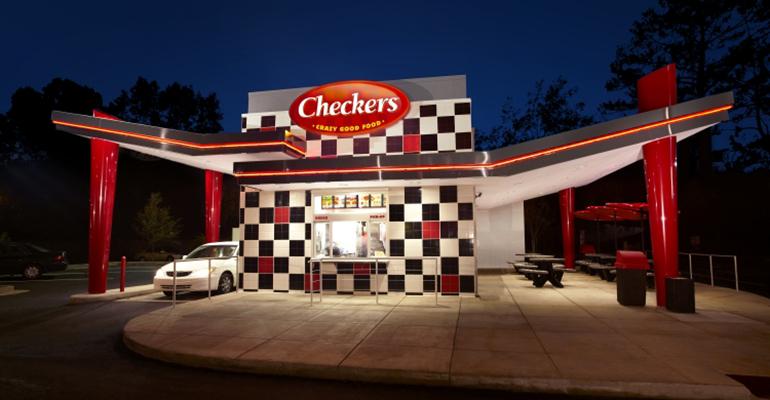 The best way to generate profits in the restaurant industry is to sell more food.

For Checkers Drive-In Restaurants Inc., sales growth over the past eight years has led to a 700-basis-point improvement in profits and enviable unit volumes that have operators building new units, or, about $70,000 per location, said CEO Rick Silva.

That helped set the stage for the chain’s recent unit growth and, on Thursday, the announcement that the company has been sold, to the private-equity group Oak Hill Capital Partners, for $525 million.

To company executives, the deal sets the stage for further growth, with Oak Hill set to invest in the chain and help further its expansion.

“We’ve been on a journey for 10 years,” Silva told Nation’s Restaurant News. “We’re driving topline sales, improving restaurant profitability and adding new restaurants to the system. This is really one more step on a long, successful journey. The exciting part is still to come.” Oak Hill “is going to invest heavily in the next phase of growth,” he added.

Checkers operates the Checkers and Rally’s brands, which have more than 840 locations.

Silva said same-store sales last year grew 3 percent, and same-store sales are up 3.5 percent so far this year. The company has added 100 new operators over the past two years, and has 130 locations in the pipeline, plus commitments for another 120 units.

“We have a tremendous amount of momentum,” Silva said. “Oak Hill is smart for joining at this time.

Sales have helped generate the increase in profits, and much of those sales have come at night. Late-night business at the chain has more than doubled over the past 10 years, Silva said, from 10 percent of revenue to more than 22 percent today. The company is known for value, and has worked to innovate on many of those offers, including a $2 Box, which includes fries and a protein, such as the Cheddar Biscuit Shrimp. It also introduced a 4-for-$3 value, giving customers an option of four different sandwiches, fries, a drink and an apple pie.

“We start with two wonderful brands that have core competitive advantages in our space,” Silva said. “We are leaders in value and craveability. We’ve done a nice job leveraging that. Those are inherent benefits, and it drives a huge amount of differentiation in the category and in sales.”

At the same time, the company has worked to improve profitability by adding technology and back-office systems to eliminate waste and operate more productively.

Restaurant design also helps profitability. The chain is drive-thru only, so it can go into smaller spaces and operate with fewer employees because restaurants don’t have dining areas. Workers can focus on getting cars through.

Checkers has long used modular buildings, but introduced a freestanding building that can be opened for a total cost of $530,000.

That’s less than half the chain’s average unit volumes, meaning an operator can pay off a new unit relatively quickly.

“For a very low investment, in return you get average unit volumes of $1.2 million,” Silva said. “That’s very exciting for franchisees.”

And the company can go into tight spaces of as little as a third of an acre.

“They’re incredibly efficient,” Silva said. “It allows us to squeeze into very high visibility parcels that others can’t get into.”

Silva said the chain has plenty of runway to grow, even if it doesn’t expand beyond the 29 states in which Checkers or Rally’s restaurants are located. Consultants have estimated that the company could add another 3,000 locations in those states.

Such estimates can be notoriously optimistic, but to the company it reveals that the brand has plenty of growth in the coming years.

“We’ve got a huge, huge runway of growth without entering new states,” Silva said. “The brand is already proven in those states to be successful. It’s exciting for franchisees.”