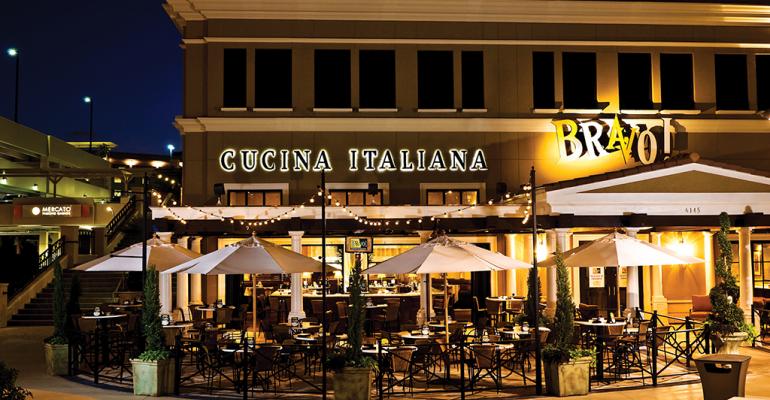 Same-store sales decline in the first quarter, but show improvement

Bravo Brio Restaurant Group Inc. plans to close at least six restaurants this year, the first three this spring, as part of a strategy to analyze the viability of each of its 116 restaurants, the company said Tuesday.

“By critically reviewing each individual location, we can best ensure we meet our targeted financial returns,” Bravo Brio CEO Brian O’Malley said in a statement.

The company previously said it planned to close half a dozen locations in February.

The closures come as the owner of 51-unit Bravo Cucina Italiana and 65-unit Brio Tuscan Grille said it has seen some signs of life in its sales.

The results were markedly better than the previous quarter, when the brands’ same-store sales fell 7.5 percent and 4.3 percent, respectively.

“The casual-dining industry remains challenging, but we are gaining traction,” O’Malley said.

Growth in Bravo Brio’s banquet business, as well as increases in to-go and delivery orders, all “expanded meaningfully” in the period, especially at Brio, he said.