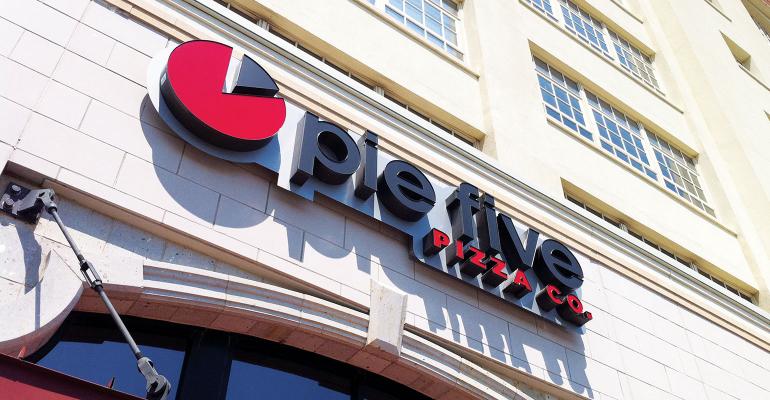 Anyone who pays attention to this space knows that 2016 was not much fun for many restaurant operators. Traffic was bad despite low gas prices, low unemployment and high consumer confidence.

But some chains had it worse than others. With grocery prices falling, many concepts will find it difficult to generate more traffic in 2017, even though comparisons will supposedly get easier.

“You have to be leery of companies that have negative traffic and have no pricing power,” BTIG analyst Peter Saleh said.

As such, many chains face major questions heading into 2017. Here are five worth noting:

Imagine this: You operate a bar and grill chain, and in a bid to generate customers, you convince franchisees to spend big dollars on a strategy to improve quality — and that effort fails.

This is what happened at Applebee’s, which launched an impressive strategy, with wood-fired grills and hand-cut steaks. But customers didn’t show up. Same-store sales fell 5.2 percent in the third quarter, with traffic faring much worse.

The chain then turned back to discounts to get that traffic back. But that could have a ripple effect throughout the casual-dining segment, because if Applebee’s starts discounting, others might have to follow suit.

Applebee’s owner DineEquity Inc. will be under major pressure to reverse sales declines in 2017.

The Minneapolis-based chicken wing chain might be the poster child for a concept with weak traffic and little pricing power.

Since it went public in 2003, Buffalo Wild Wings has had only four quarters with negative same-store sales, and three of them were in 2016. That included a 1.8-percent decline in the third quarter at company locations.

The prevailing wisdom is that Buffalo Wild Wings raised prices too aggressively over the years, and now has little pricing power.

The company is using a half-price chicken wing deal and a lunch promotion to reverse that slide. It is also focusing more on takeout and delivery. But with activist investor Marcato Capital Management LP threatening a proxy fight in 2017, Buffalo Wild Wings might not have much time to right the ship.

Over the past two years, Rave Restaurant Group Inc. lost nearly 90 percent of its stock price value, thanks largely to one factor: Sales weakness at Pie Five Pizza Co., its fast-casual pizza concept.

In its most recent quarter, Pie Five’s same-store sales fell nearly 15 percent. That’s a bad number for a growth chain, and it followed a quarter the previous year when same-store sales increased just 1.5 percent.

Rave is now looking for a new CEO following the resignation of Randy Gier. The company’s stock price increased more than 10 percent the Friday before Christmas, after Rave announced a rights offering to raise cash. The new CEO will be charged with getting Pie Five’s sales back up.

Ruby Tuesday has struggled for years to generate positive same-store sales. In 2017, it will face an environment in which at least one of its major competitors is pushing discounts.

The chain closed 95 locations recently, and franchisees closed more, following years of same-store sales weakness that have brought unit volumes down to less than $1.7 million — less than half the unit volumes of TGI Fridays, and more than $1 million less than Chili’s.

Like Rave, Ruby Tuesday is looking for a new CEO following the resignation of J.J. Buettgen in September. And even though he resigned for “poor performance,” according to the Wall Street Journal, he will still walk away with $3.2 million.

Much like the previous two companies on this list, Noodles & Company is struggling with weak sales and uncertainty at the top, following the resignation in July of Kevin Reddy, and the appointment of Dave Boennighausen as interim CEO.

Noodles & Company’s sales and traffic have been weak for some time, considering that it is a fast-casual growth chain. The company announced plans in August to slow unit growth and streamline its menu.

But financial losses are the chain’s biggest problem. Noodles & Company lost $26.3 million in the first nine months of 2016, much wider than in 2015, due to high occupancy and other costs. Whoever lands the permanent CEO job will have immense pressure to get those sales back up.