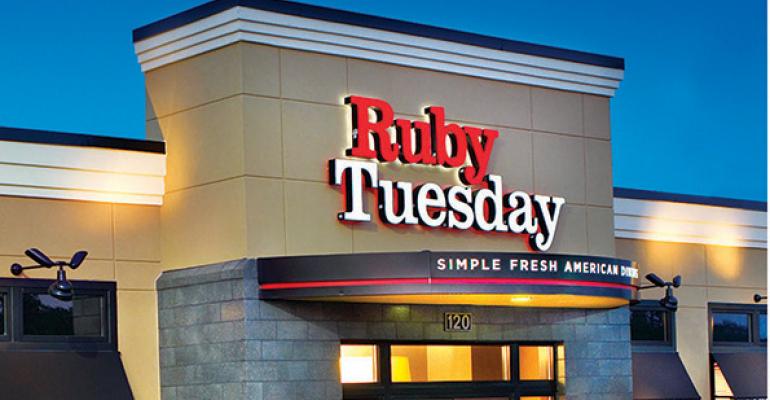 Ruby Tuesday Inc. will close 11 Lime Fresh Mexican Grill locations and is selling another eight to Rubio’s Restaurants for $6.3 million as the Maryville, Tenn.-based company looks to focus on its core brand.

Eight franchisee-run Lime Fresh units are not affected, but CEO J.J. Buettgen said the company “will continue to evaluate strategic alternatives for the brand.”

“As we consider Ruby Tuesday’s future, we believe it is in our shareholders’ best interest that we exclusively operate our namesake brand restaurants,” Buettgen said in a statement. “We sincerely thank our Lime Fresh employees for their hard work and commitment as we work through this transition.”

Rubio’s bought eight Lime Fresh locations in Florida and plans them to convert them to Rubio’s Coastal Grill locations once the deal closes next year. It would give the San Diego-based Rubio’s its first locations on the East Coast.

Ruby Tuesday will continue to operate those locations until that deal closes.

The locations are in Miami, Fort Lauderdale, Tampa Bay, St. Petersburg and Orlando. The units will give Rubio’s more than 200 locations. The chain, founded in 1983, specializes in fish tacos.

“Florida is a priority market for expansion because of a shared passion for quality seafood and culinary innovation,” co-Founder Ralph Rubio said in a statement late Thursday. “We’re eager to be a part of the community and bring a taste of Southern California to the East Coast.”

But it represents a retreat for Ruby Tuesday, which had initially started operating Lime Fresh as a franchisee before it acquired the brand in April 2012. Ruby Tuesday then began growing the brand, both as an operator and a franchisor.

The acquisition came as Ruby Tuesday began acquiring and developing other brands, including Marlin & Ray’s, Truffles Grill and Wok Hay. It either closed or sold those other concepts in 2013 after Buettgen’s arrival as CEO. But it kept Lime Fresh.

Still, Ruby Tuesday has been struggling. The company reported a $4.2 million loss in the quarter ended Sept. 1. Traffic at the chain has been falling, though same-store sales rose 0.6 percent in the quarter. It also closed 11 underperforming Ruby Tuesday locations.

The company’s stock price entered trading Friday morning near its 52-week low of $5.10 per share, but it has been languishing in the single digits for years.

“We are highly engaged and continue to make progress on our transformational initiatives for Ruby Tuesday,” Buettgen said. “Our primary objective remains to drive profitable and sustainable same-restaurant sales and traffic through our four key brand pillars: menu, service, communication and atmosphere. We are confident in our long-term strategies and believe we have laid the foundation to deliver improved operational results over time.”