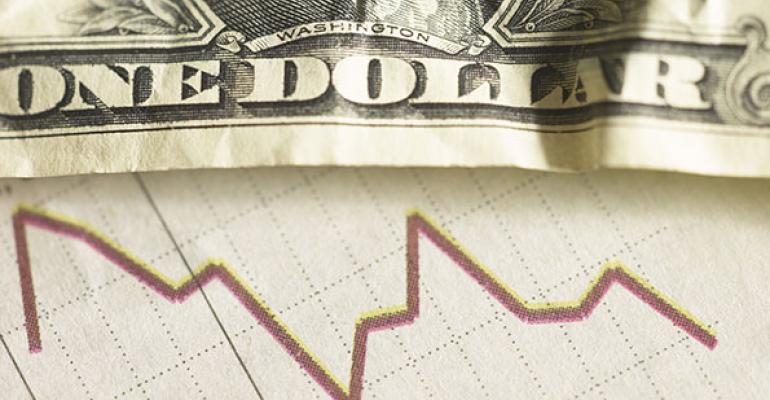 Despite the decline, the monthly index found that the restaurant industry expanded for the 19th straight month.

“Restaurant operators remain unimpressed about the direction of the economy,” Hudson Riehle, senior vice president of the NRA’s Research and Knowledge Group, said in a statement.

The index is a composite of the current health and outlook for the restaurant industry, and is based on operators’ current sales and traffic, as well as their expectations for the coming months. The index was 101.0 in September, a 0.9-percent decrease from August. A reading above 100 signifies industry expansion.

The index uses two different measurements, one for the current situation and another for operators’ expectations.

The Expectations Index fell the most, by 1.1 percent, between August and September, when the index stood at 100.9. That was its lowest level in 11 months, though it was the 23rd straight month that the index was above 100. So, despite the dampened outlook, operators are optimistic, according to the NRA.

Hudson Riehle breaks down the index >>

“This will be the highest year for wholesale food price inflation in three years,” Riehle said.

“A lot depends on the specific menu theme of the operator,” Riehle said. “But for certain menu themes, it can have a dramatic impact. That’s putting margin pressure on operators.”

Restaurateurs’ views on the overall economy were more pessimistic. According to the survey, 20 percent of operators expect economic conditions to improve in six months, while 19 percent expect it to worsen. The remaining 61 percent said conditions will stay the same.

Still, operators said they’re getting people to spend at their restaurants. The NRA’s Current Situation Index fell 0.8 percent, to 101.0, in September, still well into growth territory. Most operators said same-store sales are improving.

However, operators are still expanding, building and upgrading. According to the NRA, 53 percent of restaurateurs said they plan to make capital expenditures in the next six months. That is a decrease from 59 percent in August, but still marked the 13th straight month of growth.

While the industry is in expansion mode, growth likely varies by region, Riehle said, because employment growth and consumer confidence vary greatly throughout the country. Earlier this week, the Conference Board said its Consumer Confidence Index hit a seven-year high in October.

Yet Riehle noted that there is extreme variability in the expectations portion of that index, from 50 to 145. A big reason is job growth. He noted that only 20 states out of 50 have employment that is back at pre-recession levels.

“As we always say, all restaurant sales are local,” he said. Any true growth in the restaurant industry won’t come until there is more broad-based job growth.