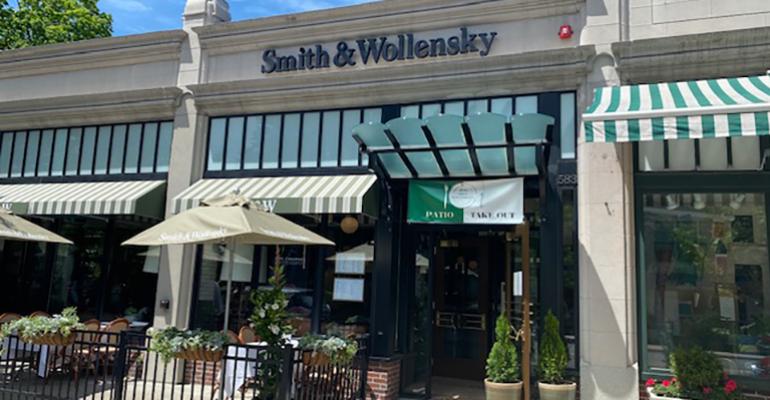 The steakhouse brand will take time to recover, but opportunities will come as other restaurants fail

Smith & Wollensky parent Danu Partners is on the hunt for potential acquisitions as the steakhouse brand gradually rebuilds its business after the coronavirus shutdown, said recently appointed president Oliver Munday.

Munday was named president of the eight-unit Smith & Wollensky chain in March, replacing Michael Feighery, who had been with the company for 35 years and left to pursue another opportunity. Munday has been with the steakhouse chain for four years working on international development before he was promoted. His past experience includes development work with other restaurant companies, including Earl Enterprises and Hard Rock Cafe.

In January this year, Danu Partners acquired the Boston-based Strega Group and created PPX Hospitality Brands, based in Medford, Mass., to operate the two brands. Munday is also president of PPX. 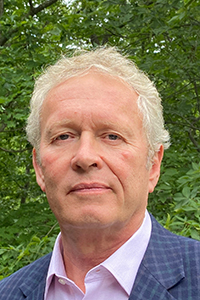 Just as Munday, left, stepped into his new role, however, the pandemic forced all six U.S. locations to close temporarily. But Munday said now all U.S. units are open for dine-in again — with a Chicago location just opening Friday — though with limited capacity and social distancing protocols in place.

Munday said he expects it will take Smith & Wollensky about 18 months to recover.

“We know it’s going to be difficult,” he said. “We’ve still got restaurants that are off more than 60%. Our goal at the end of this year from a budget perspective is to be about 40% where we were last year.”

But with many competitors not likely to reopen at all, Munday and the newly formed PPX sees huge opportunities, he said.

With access to foreign and domestic capital, the company is “in a position to help a number of landlords that are wrestling with restaurant tenants who are not going to make it back,” he said.

Smith & Wollensky, meanwhile, is a high-end steakhouse brand with an average check “well over $100,” said Munday. Such brands depend heavily on business travelers, who will be in short supply this year.

As a result, Munday said the company has focused marketing energies locally around the restaurants.

“We did alter the way we marketed a little bit. We focused on reaching out to local customer bases, [asking] how could we do that more effectively. We even went back and dusted off the old marketing playbooks and did some old school, old fashioned local marketing, telephoned people, that kind of thing, to reconnect in a meaningful way,” he said.

Over the past few weeks, the restaurants have also added an online delivery and takeout menu, including grill-at-home options.

Munday said officials initially created a new comfort food menu, but when they brought it to the field, chefs and managers in the restaurants pushed back. “They said ‘What are you talking about? Guests don’t want this. They want the full S&W experience’ and pushed very hard,” he said.

The company also has a licensed location in Taipei, which never closed through the crisis. Because the coronavirus hit there earlier, the company was able to pull best practices for managing operation during the pandemic, including protocols like taking employee temperatures before a shift, requiring workers to wear both face masks and gloves and observing social distance.

Munday said Smith & Wollensky restaurants have the advantage of being big — most are more than 20,000-square feet — with patios and terraces that offer outdoor options.

A smaller Wollensky’s Grill variation could also grow overseas, he said. For example, the company is working on a potential deal to bring a grill version to Japan, said Munday.

In the U.S., however, the focus will be on recovery and building PPX as a multiconcept group with national reach.

“We’re looking for synergies and bolt-on acquisitions we can plug into under the PPX umbrella,” he said.