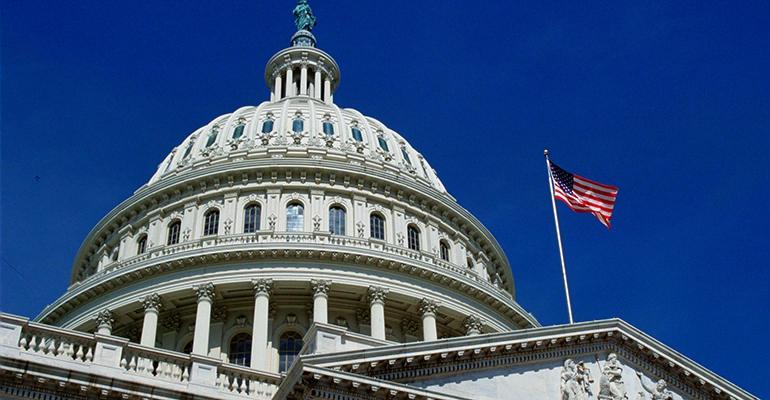 Tim Graham / Stone
The Senate increased restaurant relief from $25 to $28.6 billion and stripped out the minimum wage increase.
Coronavirus>Restaurants Ready

The U.S. Senate passed President Joe Biden’s $1.9 trillion COVID-19 relief package Saturday afternoon after more than 24 hours of debate, including $28.6 billion in relief for small restaurants (increased from $25 billion in the original bill), state funds for vaccine distribution, and $1,400 stimulus checks for Americans making less $80,000 (or $160,000 per household).

The final version — which excludes the Democrat-sought $15 minimum wage and shrinks unemployment benefits from the original $400 to $300 — was passed strictly down party lines 50-49, and now heads back to the U.S. House of Representatives, which is expected to vote on the amended bill this week. If it passes, the bill will head to President Biden’s desk for signing.

The Senate began debate on Friday morning and ended with a vote around 12:30 p.m. on Saturday after a “vote-a-rama” featuring suggested changes from both parties.

Sen. Bernie Sanders, (I-Vt.) attempted to include an amendment that would include the $15 minimum wage, but efforts were quashed by Republicans and moderate Democrats. House Democrats had originally included the wage hike in their version of the bill but was struck down by the Senate Parliamentarian, who said that the bill did not follow Senate rules.

"This bill that we are completing now is the most significant piece of legislation to benefit working people in the modern history of this country," Sanders said before the Senate voted. "The people are hurting and today, we respond."

But Republicans have called the bill “bloated” and “rushed,” and includes portions that have nothing to do with recovery from the pandemic.

The Senate’s changes include decreasing the unemployment benefits, as well as extending the deadline to Sept. 6. The bill also subsidizes 100% of COBRA insurance coverage for unemployed Americans, up from 85% that the House proposed, according to NBC News.

“Every vote brings us closer to the relief restaurants have needed for the last year,” Sean Kennedy, executive vice president for public affairs with the National Restaurant Association said in a statement. “The Senate passage of the American Rescue Plan means we have turned the corner and can see the finish line. We appreciate leadership’s continued support of the Restaurant Revitalization Fund and the other programs in this bill that will support restaurants across the industry to put us on the road to recovery.

The plan would provide up to $5 million in grants (not loans) for individual restaurants, bars, caterers, breweries and tasting rooms or up to $10 million for restaurant groups. To qualify, restaurants must not be part of an affiliated restaurant group with more than 20 locations. The first three weeks of the grant period would prioritize restaurants owned and operated by women, people of color and veterans. Additionally, one-fifth of the funding is set aside for businesses that grossed less than $500,000 in receipts in 2019.

“With today’s successful vote in the Senate, urgently needed aid will soon finally be on its way. As we hopefully return to normal later this year, this legislative lifeline will spell the difference between survival of some of our most cherished local restaurants and losing them forever,” Rep. Earl Blumenauer (D-Or.), an original author of the RESTAURANTS Act said in a statement Saturday.

The House is expected to vote on the revised stimulus package later this week, with the March 15 budget deadline looming.