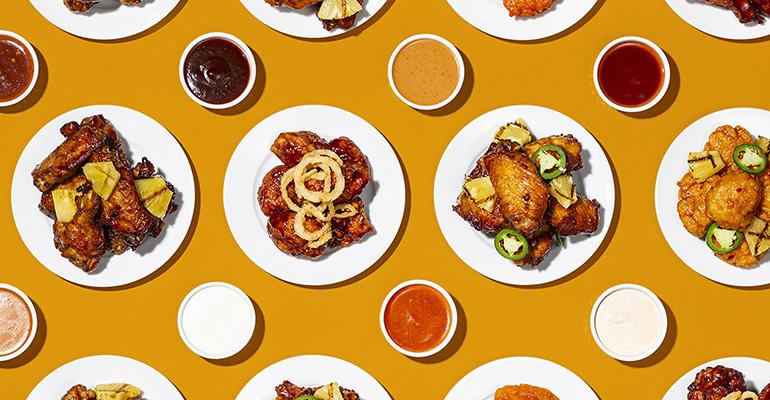 The Wing Dept. focuses on chicken wings, with an assortment of dipping sauces.
Coronavirus>Restaurants Ready

The launch of the three delivery-only brands — Chicken Sammy’s, The Wing Dept. and Fresh Set — follows the success of the company’s partnership with Donatos Pizza to offer that chain’s products in all company-owned Red Robin locations by 2023. The restaurants are also serving as ghost kitchens offering Donatos for delivery through third-party marketplaces.

“Based on that experience, we are excited to have recently developed three new delivery-only brands,” said Paul Murphy, Red Robin president and CEO. “We are pleased that these new concepts were well-received by our guests in our recent test. As a result, we have recently started a national rollout.”

The efforts reflect not only the challenges brought on by the restrictions on indoor dining during the pandemic, but also the opportunity created by the consumer interest in off-premise dining that had been building for the past several years. 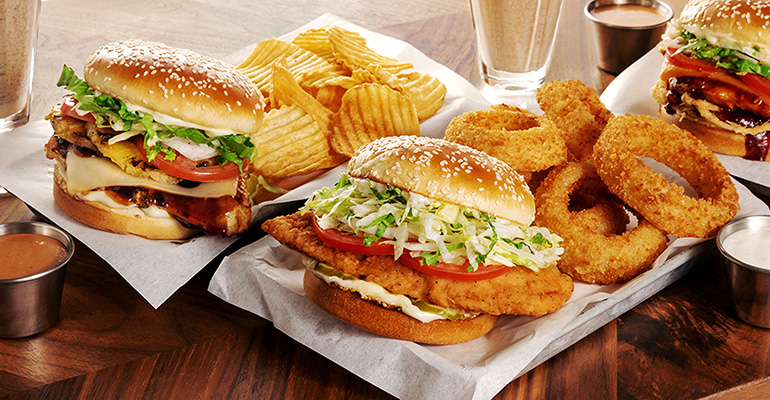 Chicken Sammy’s specializes in chicken sandwiches and tenders, but shares many menu items with the parent company and its sister virtual brands.

Red Robin’s tests of the virtual brands had been discussed in some local media for the last few weeks, including in a report on Feb. 22 by Pasco, Wash., radio station KXRX; a report by CBS TV in Sacramento, Calif., last week, and another this Monday in the Portland Oregonian. All three reports cited customers who were surprised to find Red Robin branding on their Chicken Sammy’s orders.

Red Robin said its new brands feature a combination of new menu items together with dishes currently offered on the Red Robin menu.

A menu for Chicken Sammy’s on DoorDash includes five types of chicken sandwiches, two chicken tenders options and a selection of 19 dipping sauces, along with several varieties of wings and other appetizers, sides, beverages and desserts. The menu for The Wing Dept features a larger wing assortment, along with the 19 dipping sauces and some of the same appetizers and sides as Chicken Sammy’s. 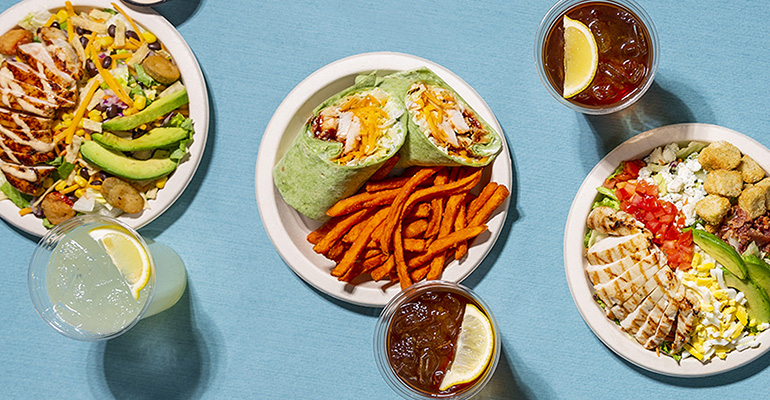 Fresh Set’s menu is centered around sandwiches, wraps and salads, along with wings, sides and other fare.

The Fresh Set menu also overlaps extensively with the other brands, with the addition of several sandwiches and wraps and a larger salad assortment, along with two entrée dishes: Crispy Chicken Tenders & Fries, and the Ensenada Chicken Platter. The assortment of wings and 19 dipping sauces is also listed.

“We plan to continue to invest in these new virtual brands and will be introducing new craveable menu items for each brand soon,” said Murphy.

Red Robin, which is based in Greenwood Village, Colo., and operates and franchises 546 restaurants in the U.S. and Canada, launched its partnership with Donatos Pizza in 2018. In its year-end earnings report last week, Red Robin said it believes Donatos will generate annual company pizza sales of more than $60 million and profits of more than $25 million by 2023, when it expects to have completed the rollout to approximately 400 company-owned locations.

This year, Red Robin expects to roll the brand out to about 120 additional restaurants, which would bring its total to 200 locations by year-end.