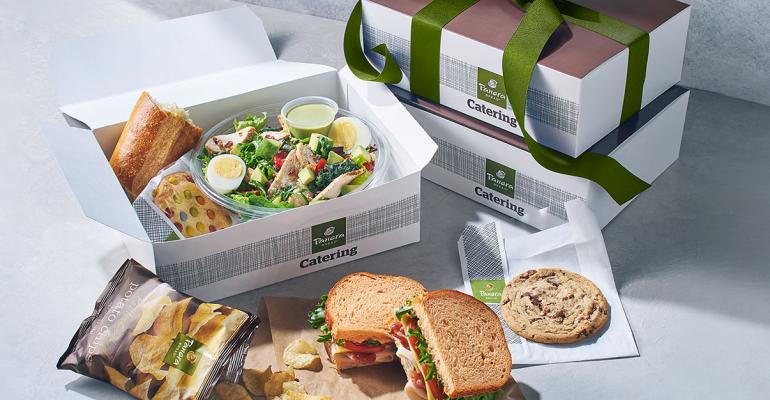 Panera Bread confirmed Thursday that they have closed their in-house delivery channel after five years and will now rely on third-party delivery services instead. The change was administered without any fanfare after the St. Louis-based bakery/café chain had previously expanded its delivery capabilities over the years to become one of the largest non-pizza restaurant companies offering in-house delivery.

“Panera continually evaluates our model to put guest preferences at the center of everything we do,” Chris Correnti, senior vice president of off-premise channels at Panera, told Nation’s Restaurant News. “This change enables Panera to offer a broader delivery range to serve increased demand for delivery, in response to an off-premise market that has grown and shifted dramatically over the past year.”

For the first three years of Panera’s delivery experiment, the company relied entirely on its own in-house delivery capabilities and fleet of drivers, expanding the program over the years until by 2018, the Panera app and website offered delivery services in 1,300 locations across 897 cities. At the time, Panera was bucking trends as an outlier as most chains were turning to third-party delivery operators. In 2018, NPD Group warned that the downside to building your own fleet of delivery drivers was dealing with higher labor costs in an industry known for its rapid turnover rates.

In the summer of 2019, Panera began offering third-party delivery for the first time in partnership with DoorDash, GrubHub, and Uber Eats, but clarified that they would maintain their own delivery drivers for quality control and to cut down on third-party delivery commission fees. But now that experiment is now over.

Although Panera did not expand further upon their reasons for giving up on in-house delivery, John Gordon, a restaurant analyst with Pacific Management Consulting Group, said that he would bet it has to do with the staffing crisis:

“For Panera to abandon their vehicles and the capabilities they built in years ago, I can only think they did not want to do this and they are so short on employees that they had to,” Gordon said. “I think they would put [in-house delivery] back in a heartbeat, which may be why there’s no publicity on this: they may want to resume it immediately once labor conditions resume. It’s costing them money to do this.”

“[The biggest advantage is that we own the guest experience and that our Portillo’s team members receive tips directly,” Nick Scarpino, senior vice president of marketing and off-premise at Portillo’s, said. “Staffing is our biggest challenge right now, as is with the rest of restaurant industry.”

Panera is not the only chain to about-face in their views on third-party partnerships. Inspire Brands-owned Jimmy John’s has always prided itself on shunning third-party services but that all changed in December 2020, when they announced a third-party partnership for the first time with DoorDash’s self-delivery service. Although Jimmy John's uses DoorDash's marketplace and ordering capabilities, they still have their own fleet of drivers.

“We saw very encouraging incrementality. It was hard to ignore,” Jimmy John’s chief marketing officer, Darrin Dugan said of the DoorDash self-delivery pilot test that occurred during the pandemic at stores in Chicago and Austin, Texas.

“The economics of doing delivery yourself was always somewhat questionable and that has proven itself out over the past several years,” Barish said. “The pizza models are totally different: delivery was always part of their business model. […] it’s an evolving world and it does not surprise me at all that Panera is moving away from self-delivery.”