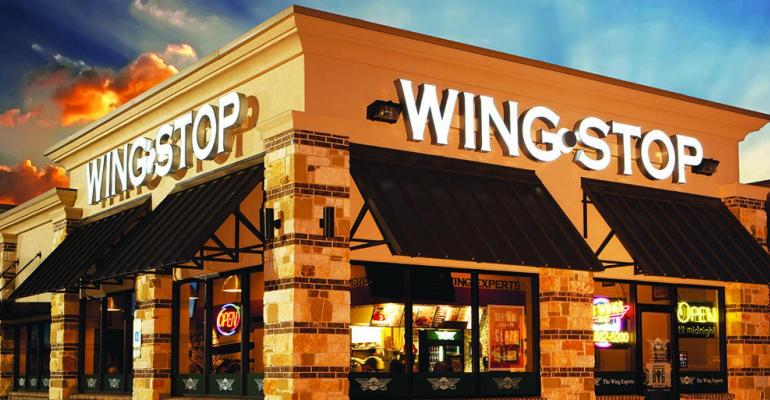 “Innovation is important to us — it is one of our aspirational values — so you will see us experiment with new technology from time to time,” said Stacy Peterson, CTO, Wingstop.
Coronavirus>Restaurants Ready

How Wingstop approaches new technology, according to CTO Stacy Peterson

The wing chain’s digital platform has laid the groundwork for additional capabilities, including CRM

Wingstop deploys new technologies using a test-and-learn strategy to ensure that any unforeseen problems surface before new systems have been fully deployed, the company’s chief technology officer said in a presentation Tuesday as part of the Nation’s Restaurant News CREATE series.

“Innovation is important to us — it is one of our aspirational values — so you will see us experiment with new technology from time to time,” said Stacy Peterson, who joined the Dallas-based fast-casual wing concept in 2013 and was named CTO last year.

When the pandemic hit last year, the company’s digital ordering capabilities were already well-established. Wingstop quickly went from generating 40% of its sales from digital channels to 60%, a significant acceleration from its previously steady growth of 4% to 5% per year, Peterson said. For fiscal year 2020, the brand’s digital sales blew past $1 billion.

The company’s strategy typically is to test technology in a single store first, then expand it to company-owned stores, followed by some of its more tech-friendly franchised operators, she said. That allows Wingstop to gather feedback from customers, employees and franchisees and make any necessary changes before rolling new systems out throughout the chain’s 1,500-plus locations, or scrapping the new tech altogether. 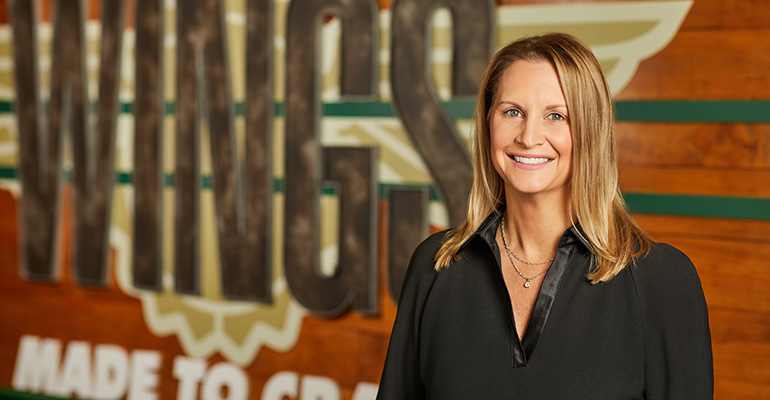 “We are not afraid to introduce something and pull it back later,” Peterson said. “Those are all accretive learning experience in our mind.”

Peterson cited the example of a text chat-based ordering technology dubbed “Wingbot” that the chain tested a few years ago before abandoning it. The learnings from that experiment have helped inform the company’s ongoing efforts to digitize phone-based ordering, Peterson explained.

The test-and-learn approach also helped Wingstop roll out delivery across its system, she said. Rather than implement delivery at all of its stores with the flip of a switch, the chain tested the service regionally, only to discover that varying conditions in different markets called for different approaches to implementing delivery service. In some smaller markets outside of cities, for example, the company discovered that the relatively low availability of drivers might not have supported the level of service the chain was seeking to provide.

“It took us quite a bit more time to roll out delivery,” Peterson said.

The company, which is about 98% franchised, had previously rolled out its proprietary e-commerce and point-of-sale system during a two-year span in which it first traveled from market to market discussing its vision for the system with its franchisees. It then incentivized them to invest in the new solution so that it could have a uniform digital platform systemwide, Peterson explained.

Now, she said, the company’s investments in its digital infrastructure have paved the way for additional technological advances, including its recent focus on enhancing its customer relationship marketing (CRM) capabilities.

With a growing database of 23 million customers, Wingstop is in the process of refining its communication strategies with them to drive the best results. It is focused on three main areas of CRM:

• The cadence of communications, as its digital connectivity with customers has increased significantly during the past year, creating more avenues for messaging.

• The relevance of its messaging, based on personal preferences and order history. Wingstop is enriching its customer data to help generate more customized communications.

• The integration of CRM with other media, and with its product offerings, to achieve a more unified approach to its communications.

“Retaining and engaging these new digital guests is a key focus of ours in 2021,” said Peterson.

Wingstop is testing the wording of its messages, their timing, the degree of personalization and other variables to learn how to best structure its communication strategies going forward.

Asked by an audience member at the presentation about the chain’s use of artificial intelligence to create its messaging, Peterson said that Wingstop will use machine learning eventually in this process.

“That’s a maturity that we aspire to develop into,” she said. “You need a lot of experience to be able to train those models, and that’s the process we are in right now.”

In addition to focusing on CRM, Wingstop also continues to eye global expansion of its concept. Its goal is to become listed among the world’s top-10 restaurant brands, with 3,000 locations in the U.S. and another 3,000 overseas, Peterson said. As of March 27, Wingstop had 1,579 restaurants systemwide. That included 1,404 in the United States and 175 in international markets.

Peterson noted that the company’s recent announcement about its plans to add 100 locations in Canada during the next 10 years represents the first new market the company will enter with its complete technology “stack,” or set of systems.

“Our next challenge is to go an apply those technologies into our international markets,” Peterson said.

The session was part of the May 4 CREATE Digital Dive, which was sponsored by TransAct. Watch the full conversation with Stacy Peterson on-demand here.